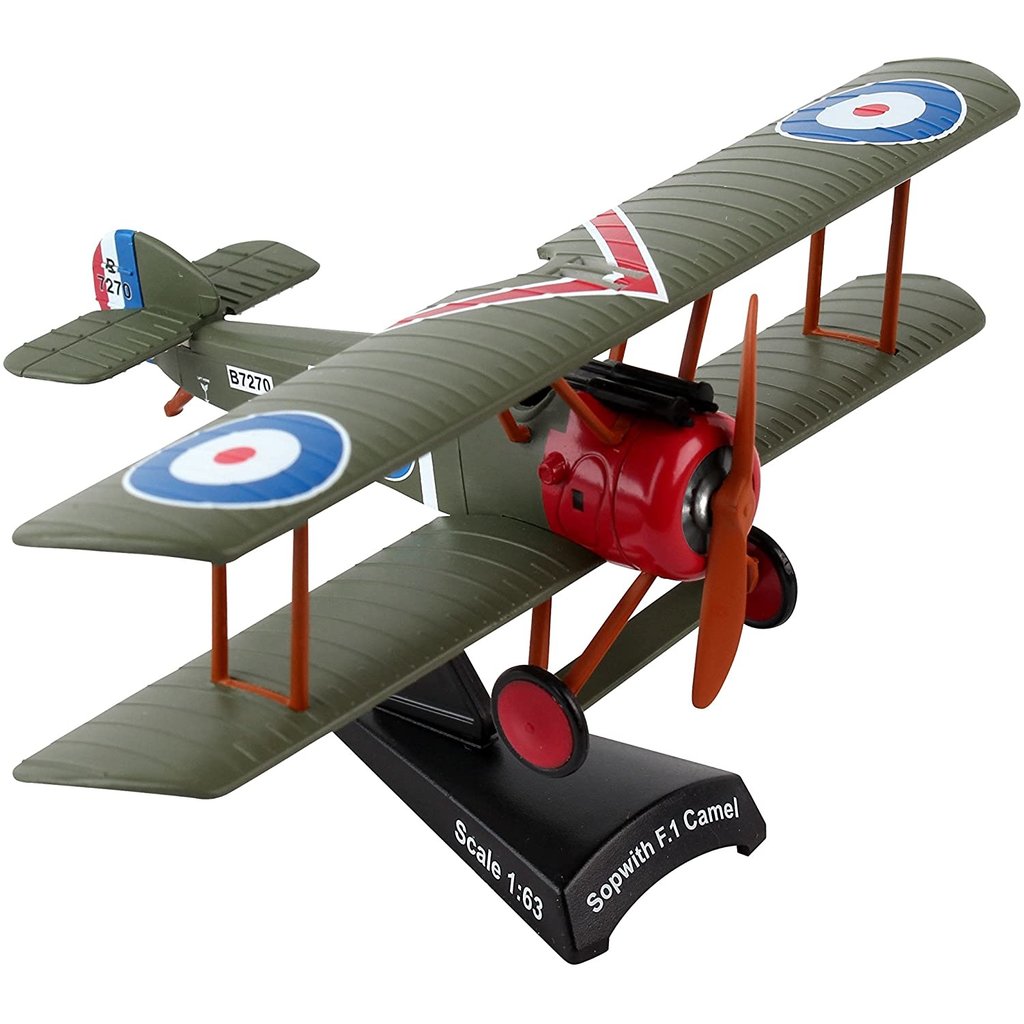 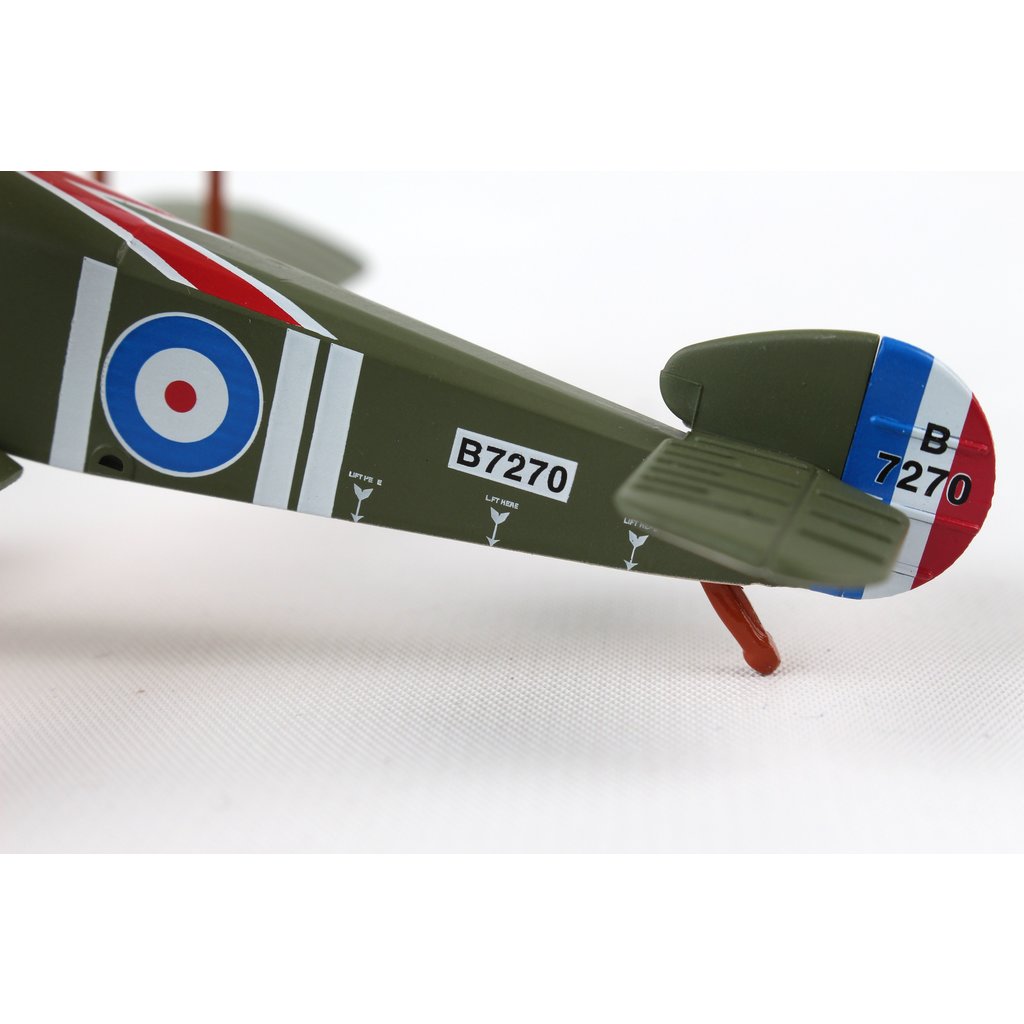 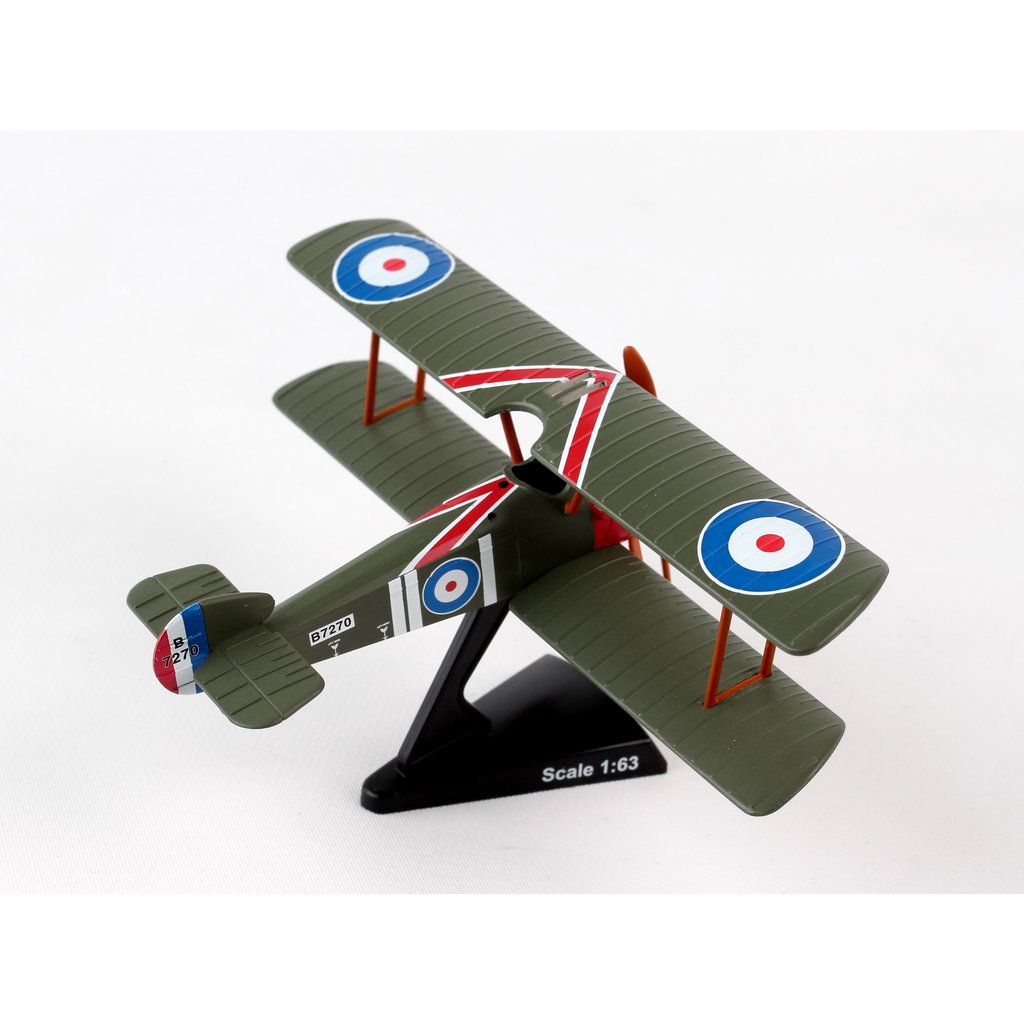 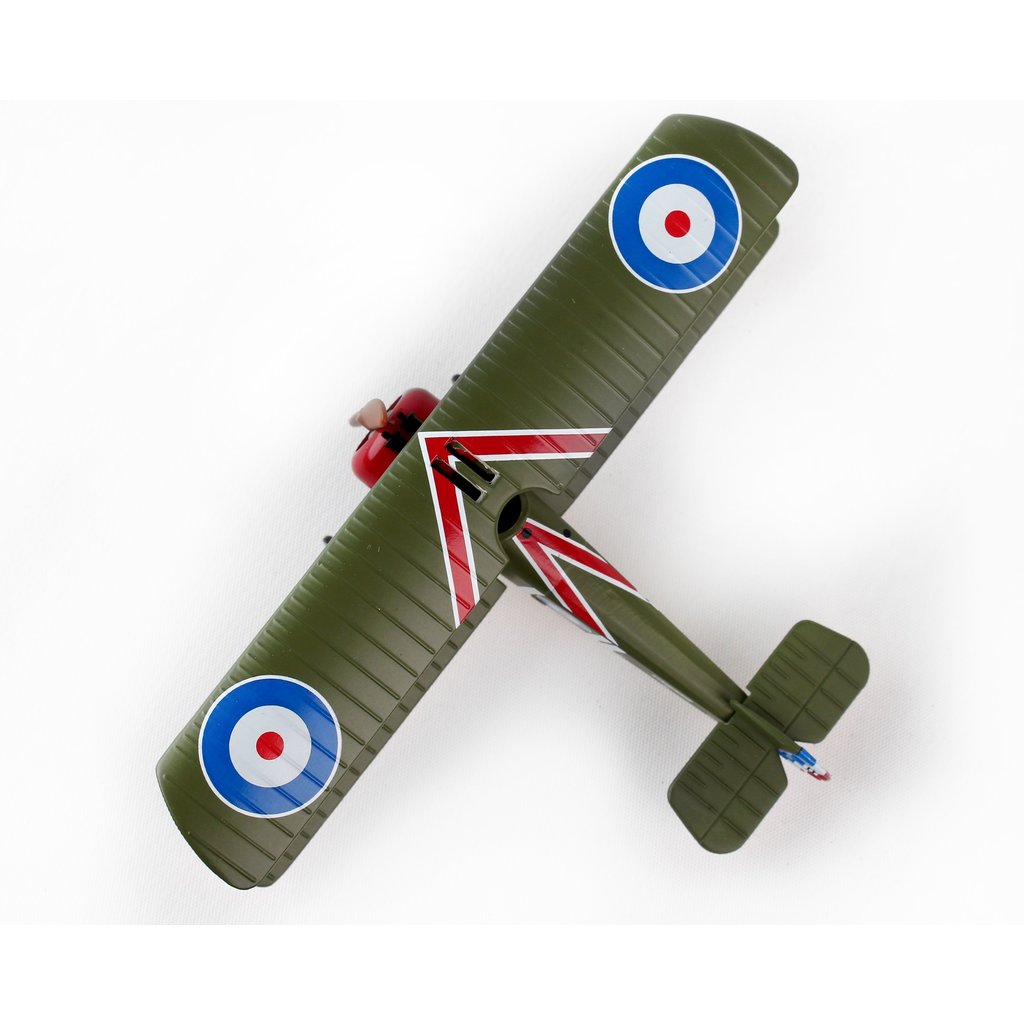 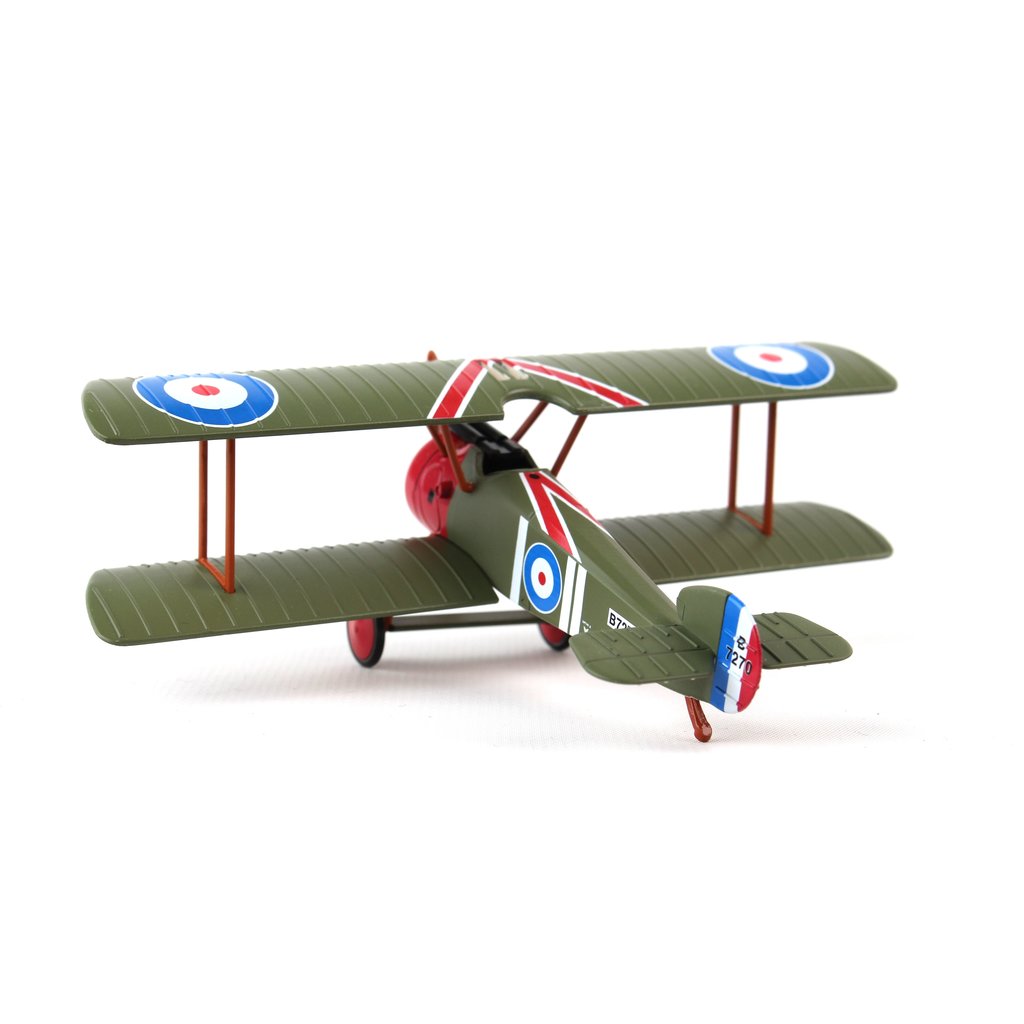 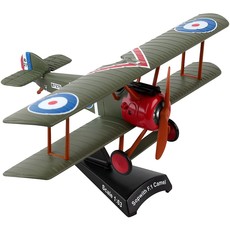 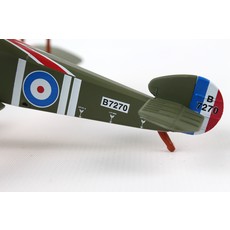 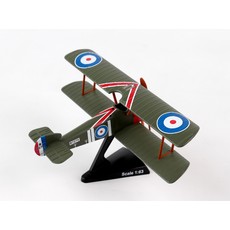 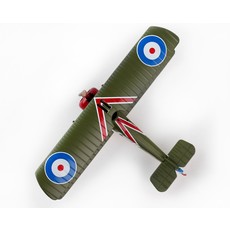 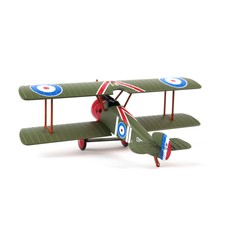 The Sopwith F.I Camel was a British single-seat biplane fighter which was introduced in 1917, replacing the Sopwith Pup. One of the most successful biplane fighter designs of World War 1, the Camel's name was derived from the slight hump covering the machine guns forward of the cockpit. Although the Camel was responsive and maneuverable, it was tricky to fly because most of its weight was located in the front third of the aircraft. Still the Camel was credited with destroying more enemy aircraft (1,294) than any other fighter plane during the war. Sopwith Camel B7270 - No. 209 Sqn. was flown by Captain Arthur Roy Brown, a Canadian World War I flying ace. The Royal Air Force officially credited Brown with shooting down Manfred von Richthofen, the "Red Baron", although it is now generally agreed that the bullet that hit Richthofen was fired from the ground. This Die-cast metal airplane model comes in 1:63 scale with plastic stand and is approximately 3 3/4 inches long with 5 1/4 inch wingspan.