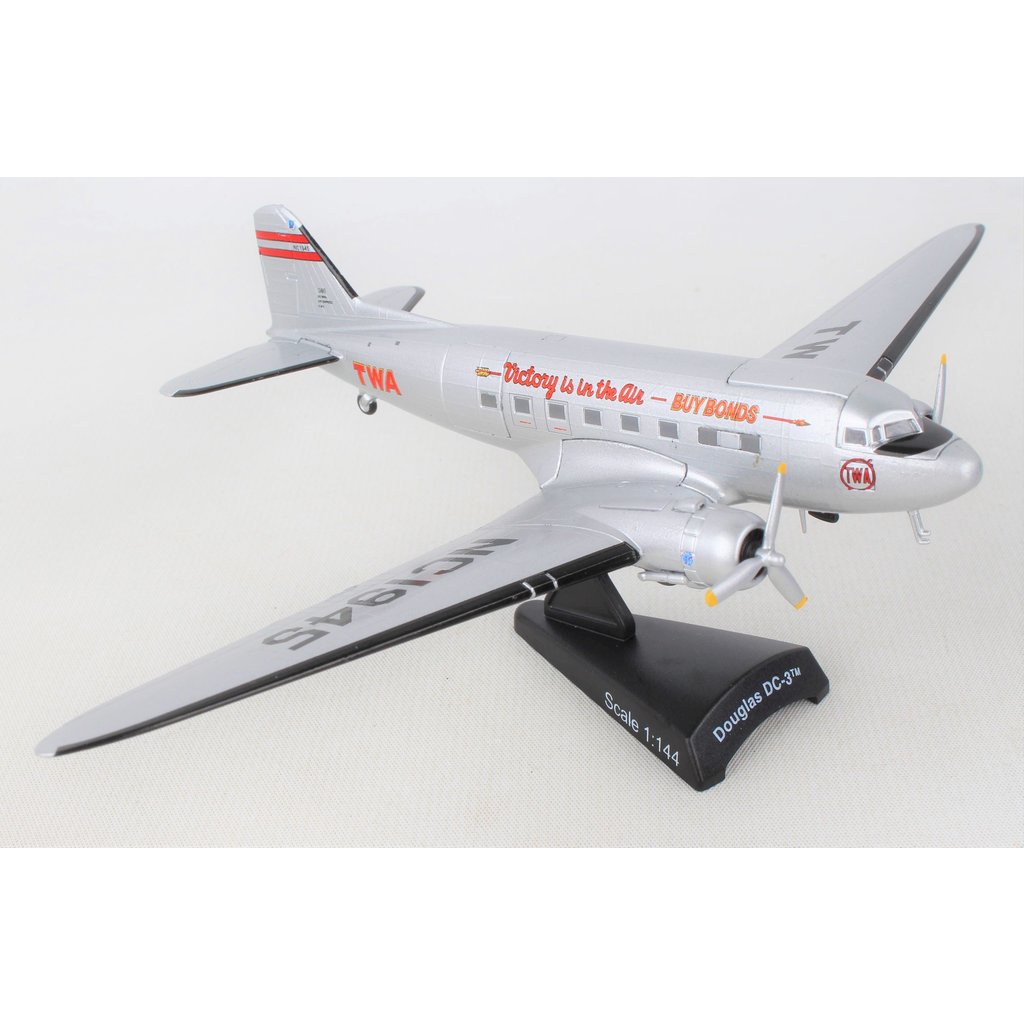 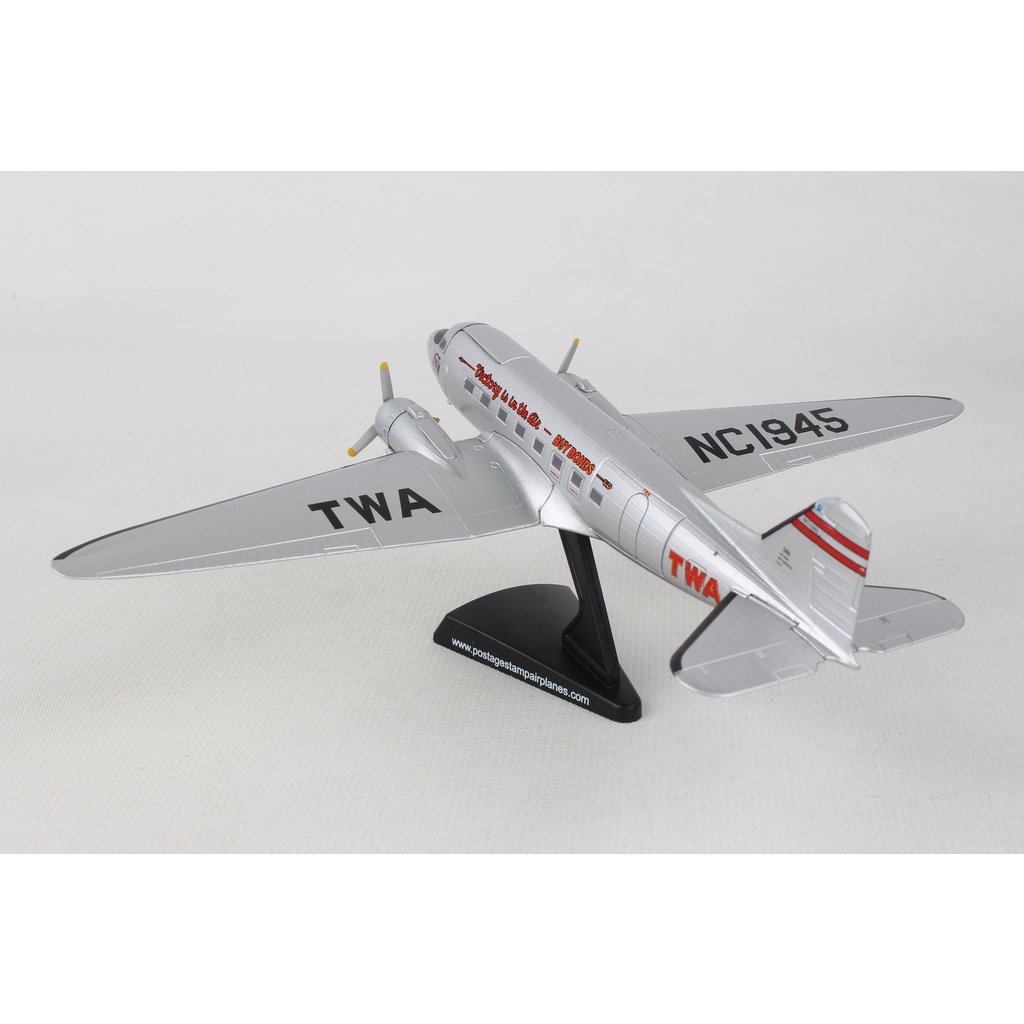 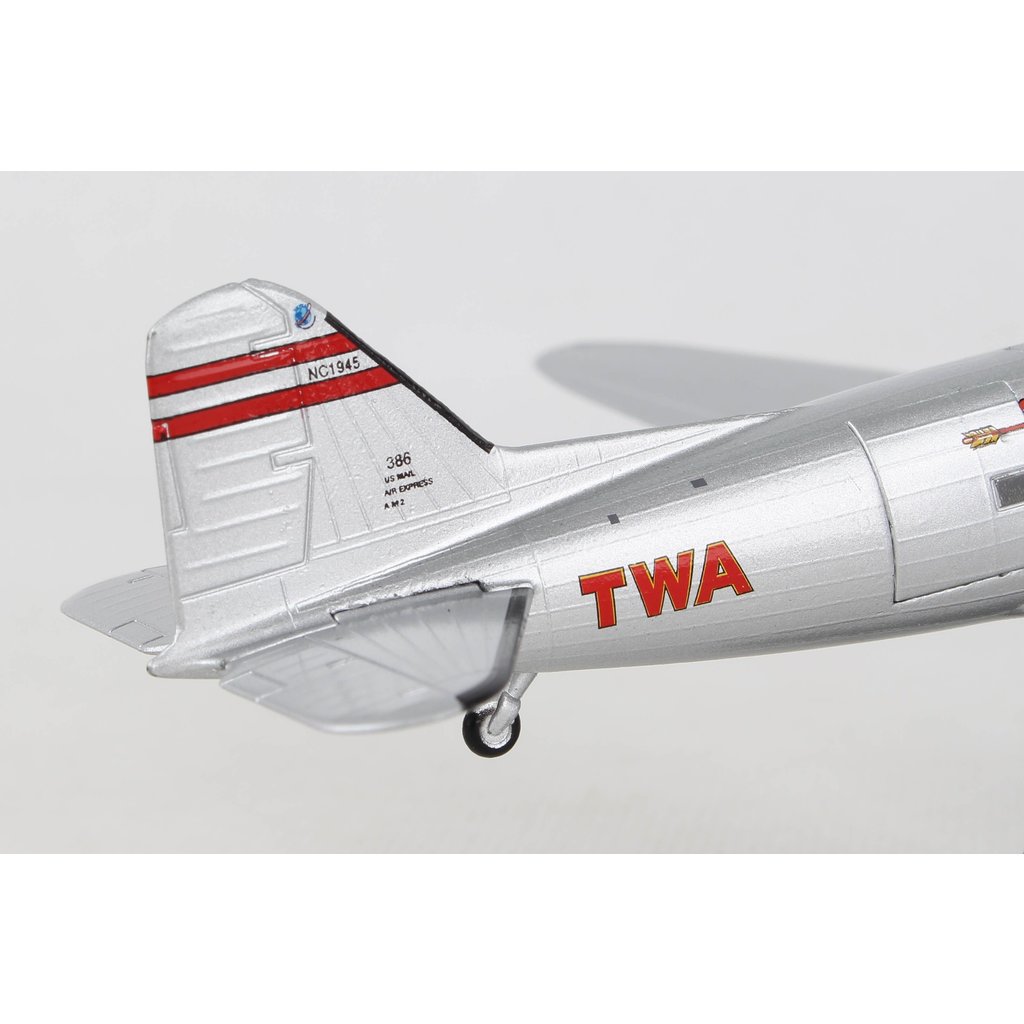 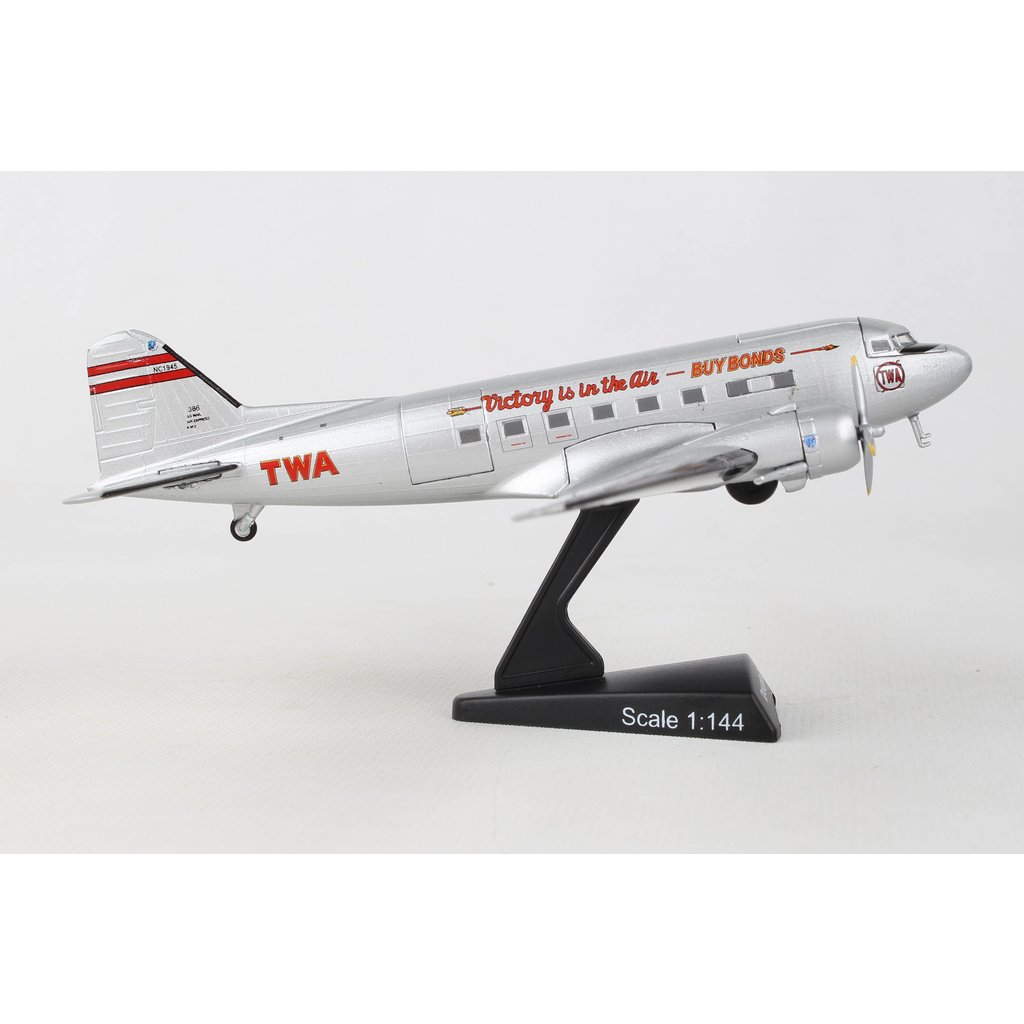 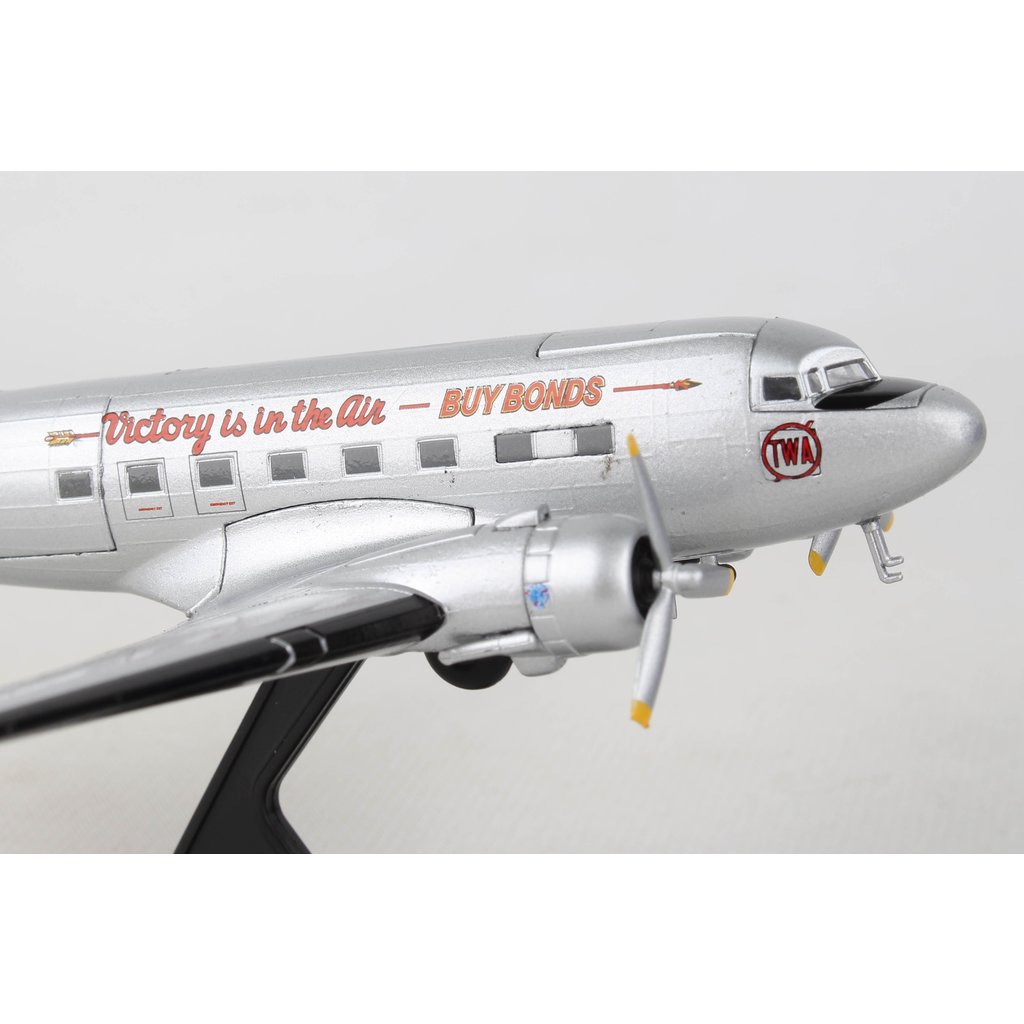 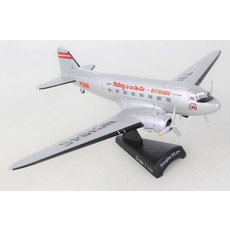 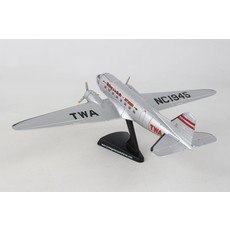 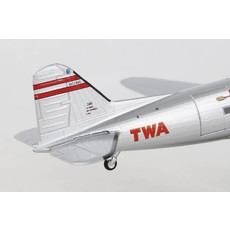 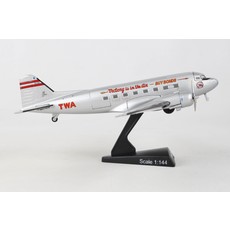 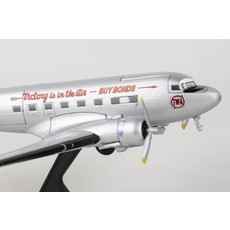 $36.95
Diecast Model with Stand 1/144 Scale
In stock
This Die-cast metal airplane model comes in 1:144 scale with plastic stand and is approximately 5 1/2 inches long with 7 3/4 inch wingspread. The Douglas™ DC-3™ is a fixed-wing propeller-driven aircraft widely used by the airline industry and the military during World War II. With a cruising speed of 207 mph and a range of 1500 miles, it revolutionized commercial air transport in the 1930's. It was fast, versatile, reliable, easy to maintain and had good range - qualities that are still evident with over 400 aircraft in operation to this day.
Trans World Airlines (TWA) was a major American transcontinental airline from 1924 until 2001. It was formed as Transcontinental & Western Air under the leadership of renowned flyers Charles Lindbergh and Jack Frye. TWA flew a total of 104 DC-3's from 1937 to 1957. 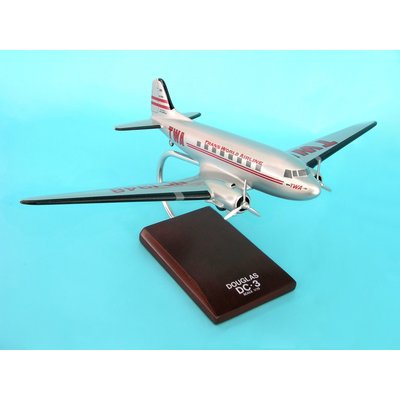 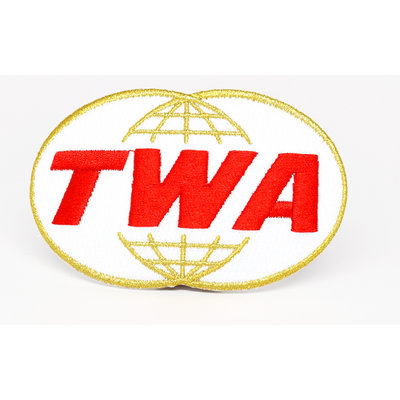