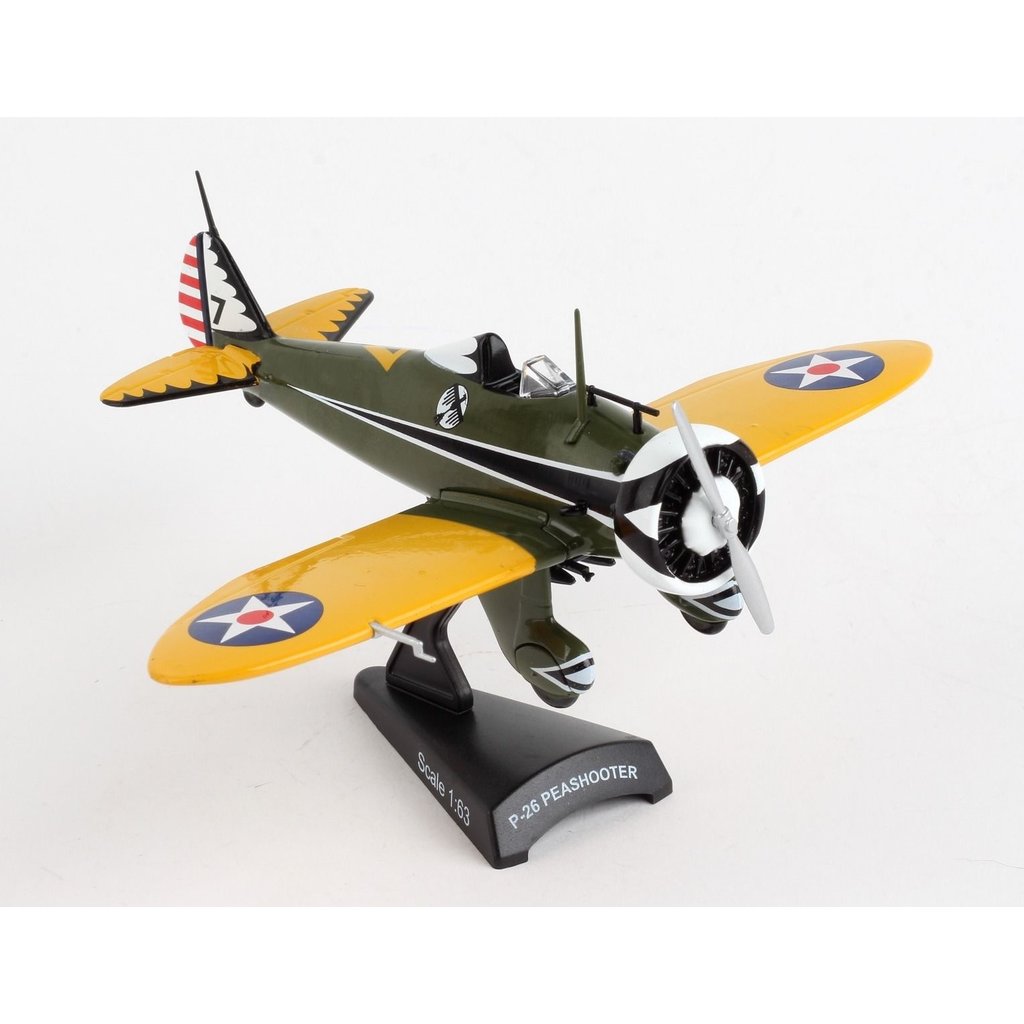 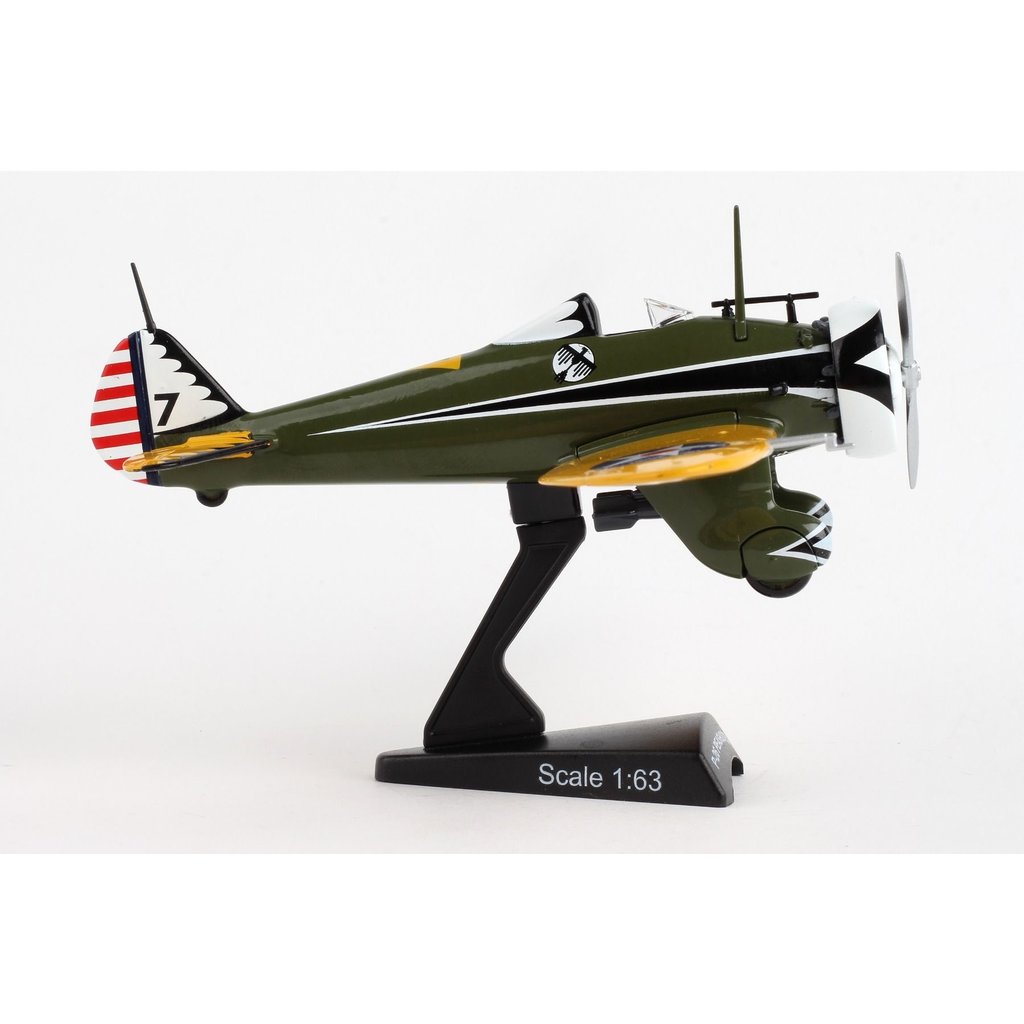 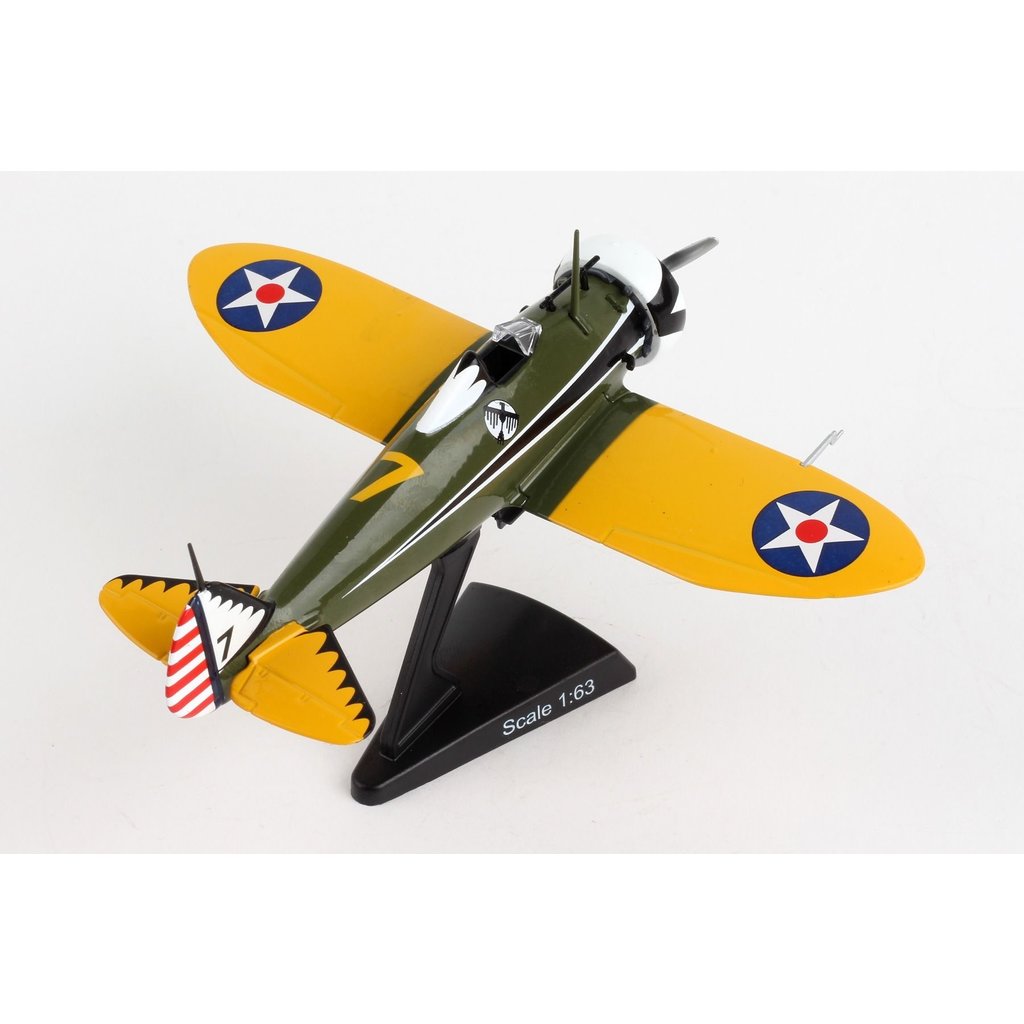 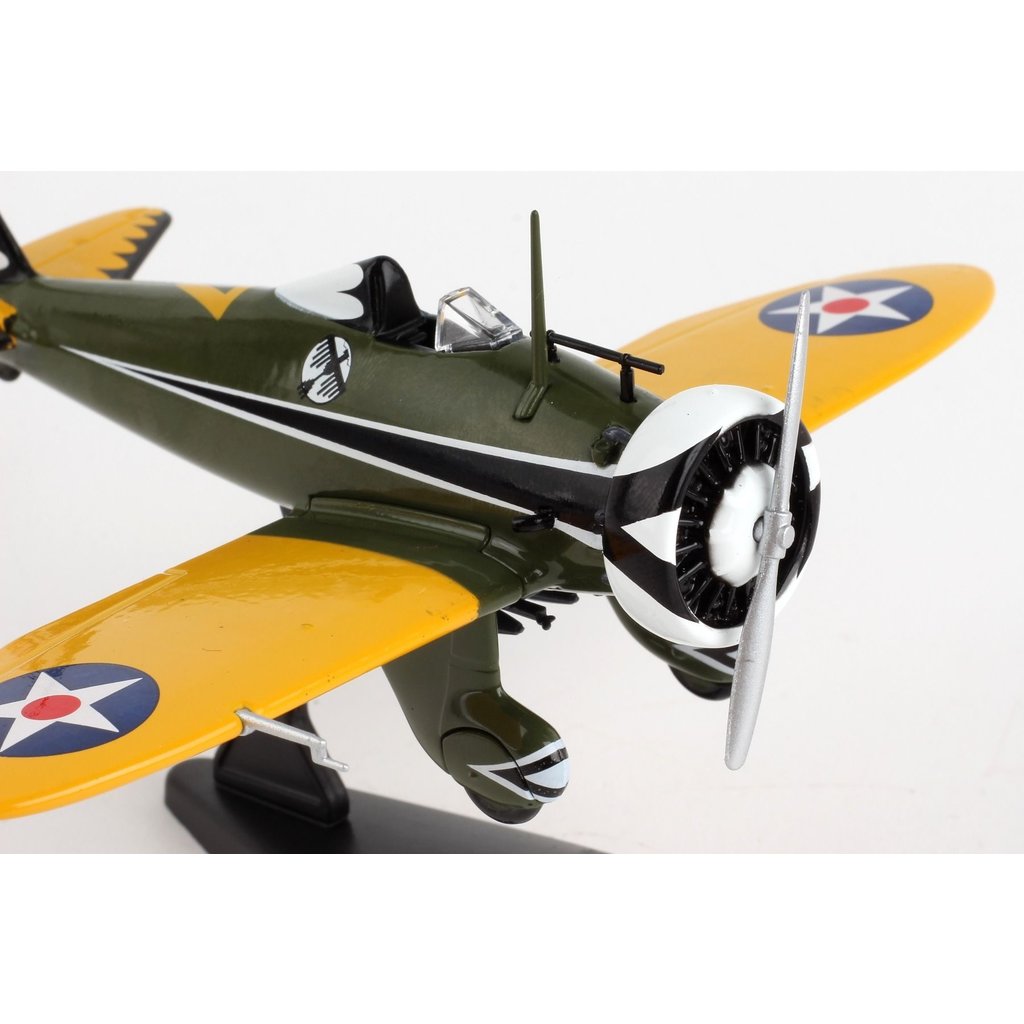 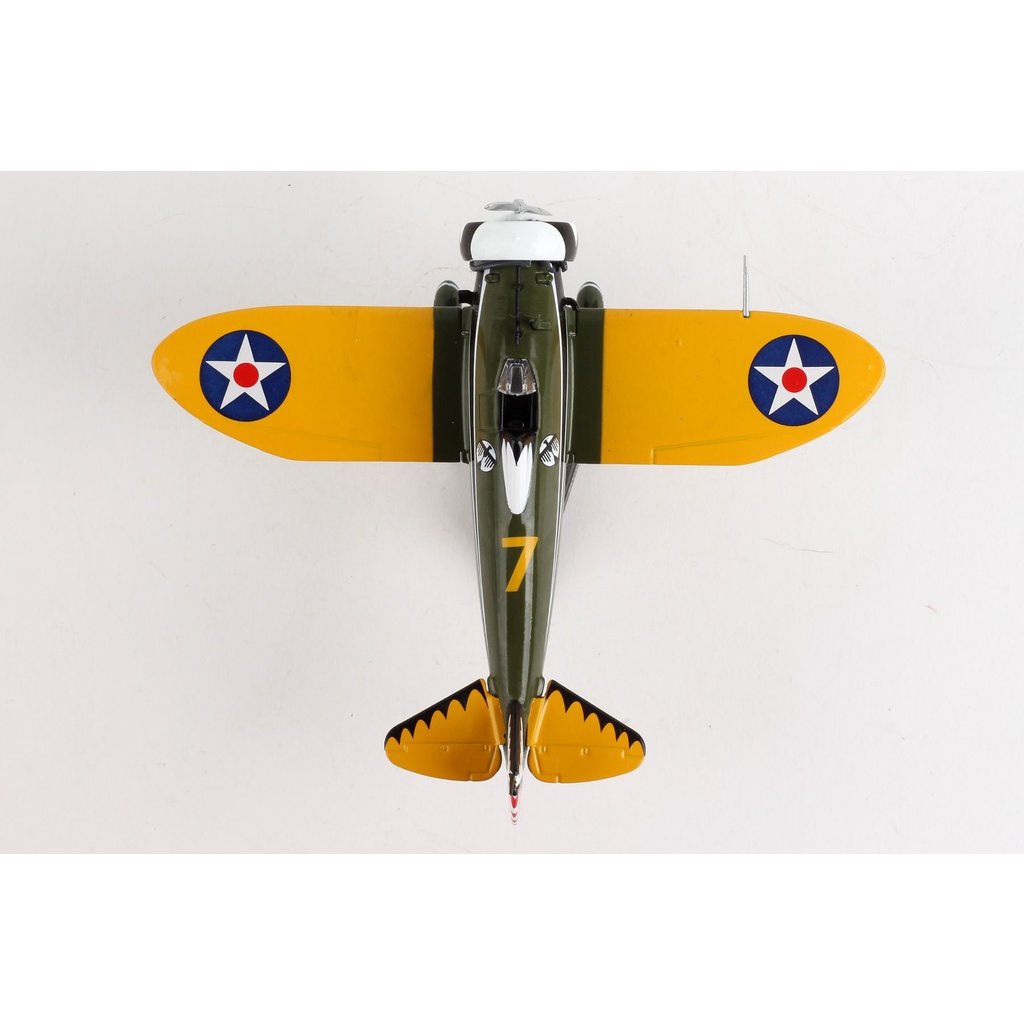 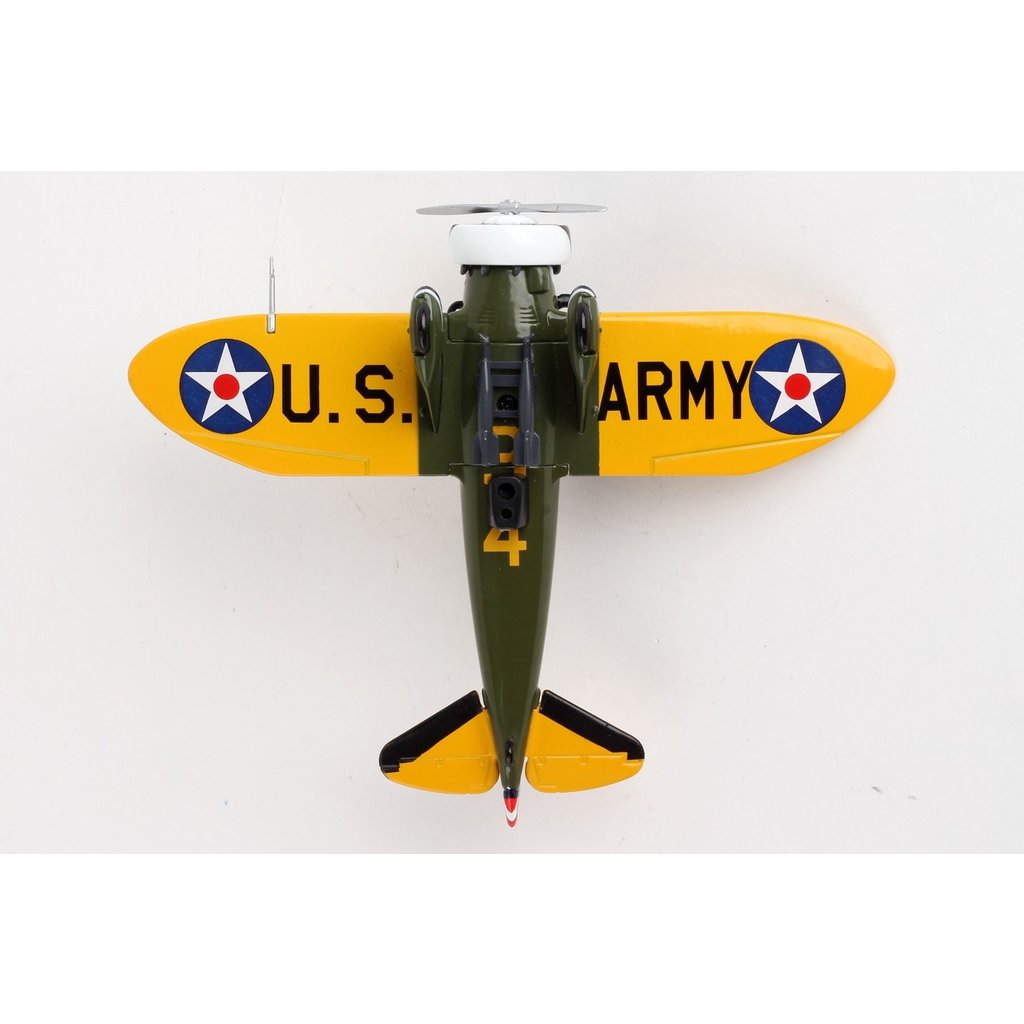 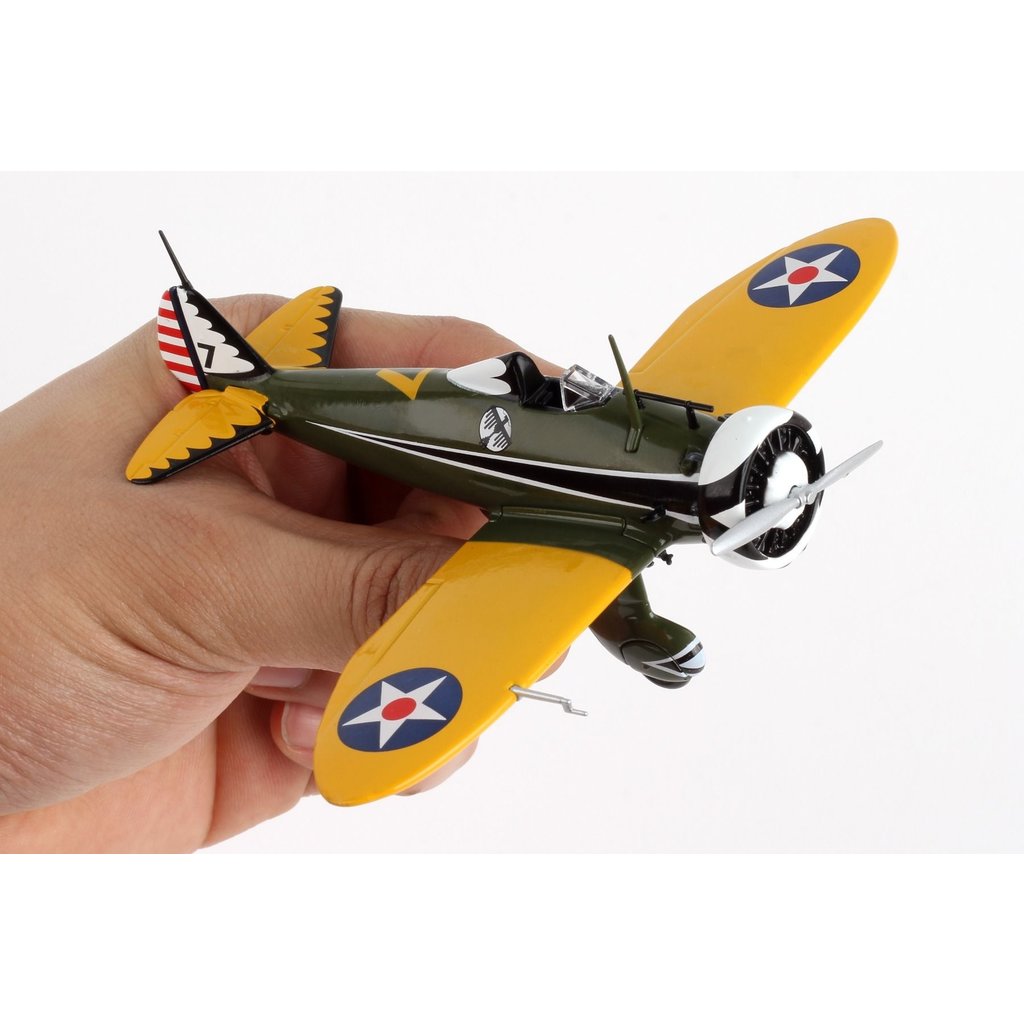 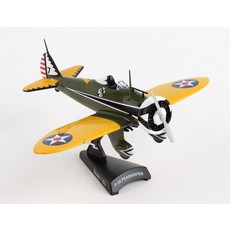 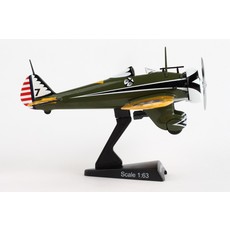 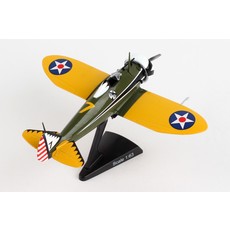 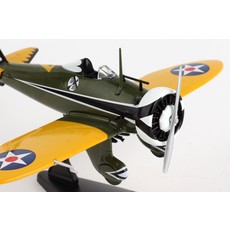 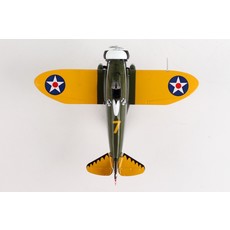 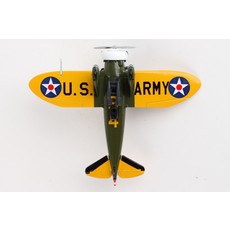 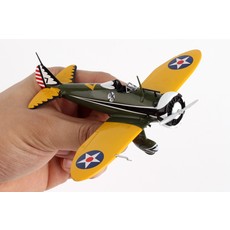 The Boeing P-26 was the first American all-metal production fighter aircraft. It entered squadron service in 1933 and was the first pursuit monoplane used by the US Army Air Corps. Popularly known as the "Peashooter," the monoplane had an open cockpit, fixed landing gears and her wings were braced with wire rather than rigid struts, so the airplane was lighter and had less drag. Acclaimed by pilots for its speed and maneuverability, the small but feisty P-26 formed the core of pursuit squadrons throughout the United States.
This P-26 Peashooter was based at Selfridge Field in Michigan and the Fairfield Air Depot in Ohio from 1934 until 1938. In 1938 is was transferred to serve at the Canal Zone and served until 1948 at which time the U.S. Army Air Corps gave the aircraft to the Guatemalan Air Force. It continued to serve the Guatemalan Air Force from 1943 to 1954. In 1957 the government of Guatemala donated this P-26 Peashooter to the Smithsonian Institution. The airplane was restored by the U.S. Air Force in the colors of the 34th Attack Squadron that was stationed at March Field, California. This restored P-26 Peashooter is currently on display at the Smithsonian National Air and Space Museum in Washington DC.