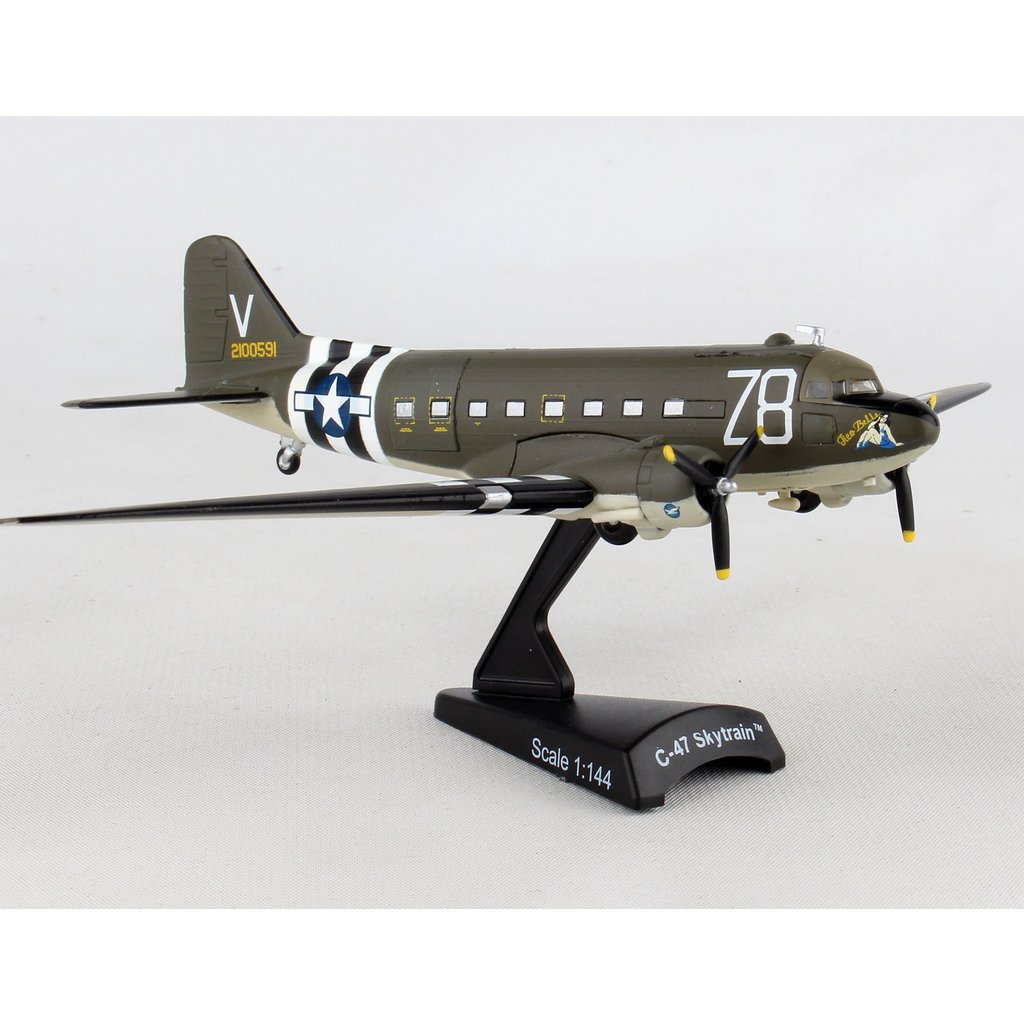 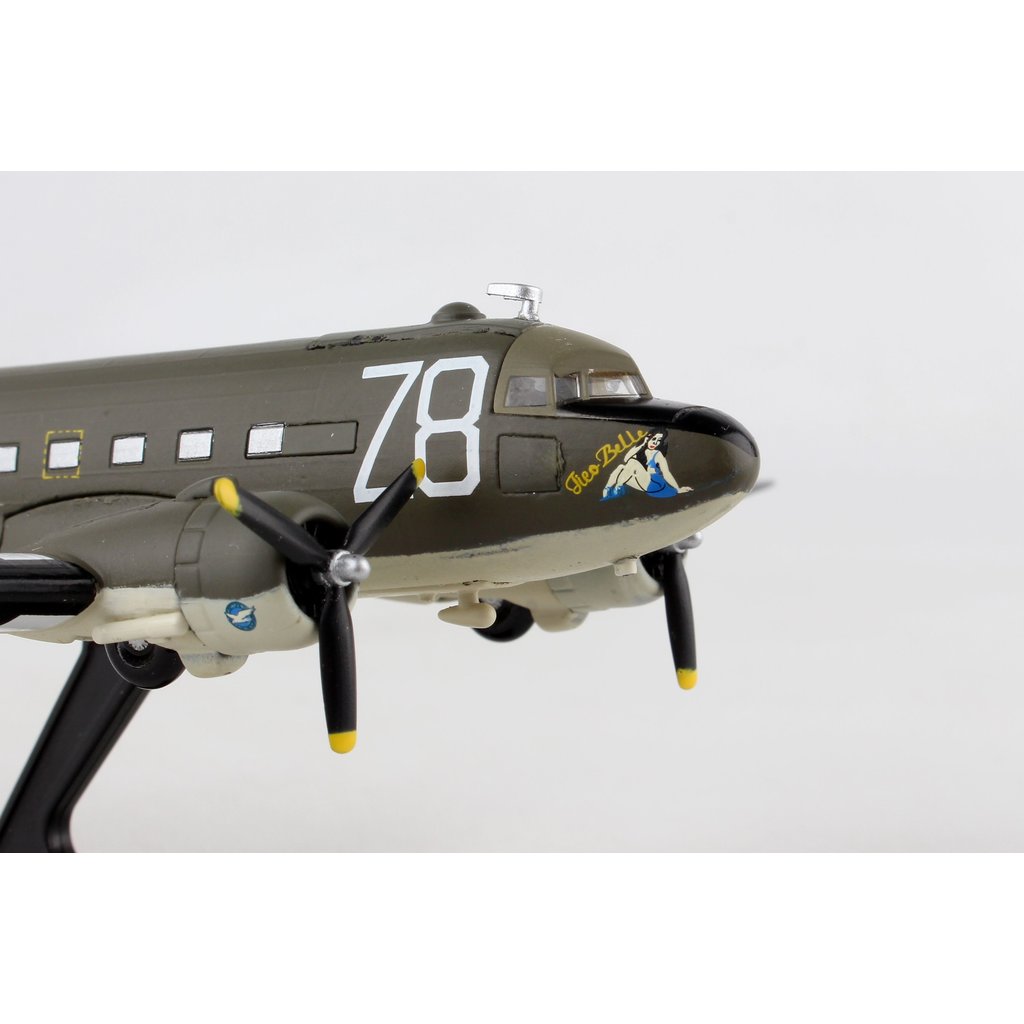 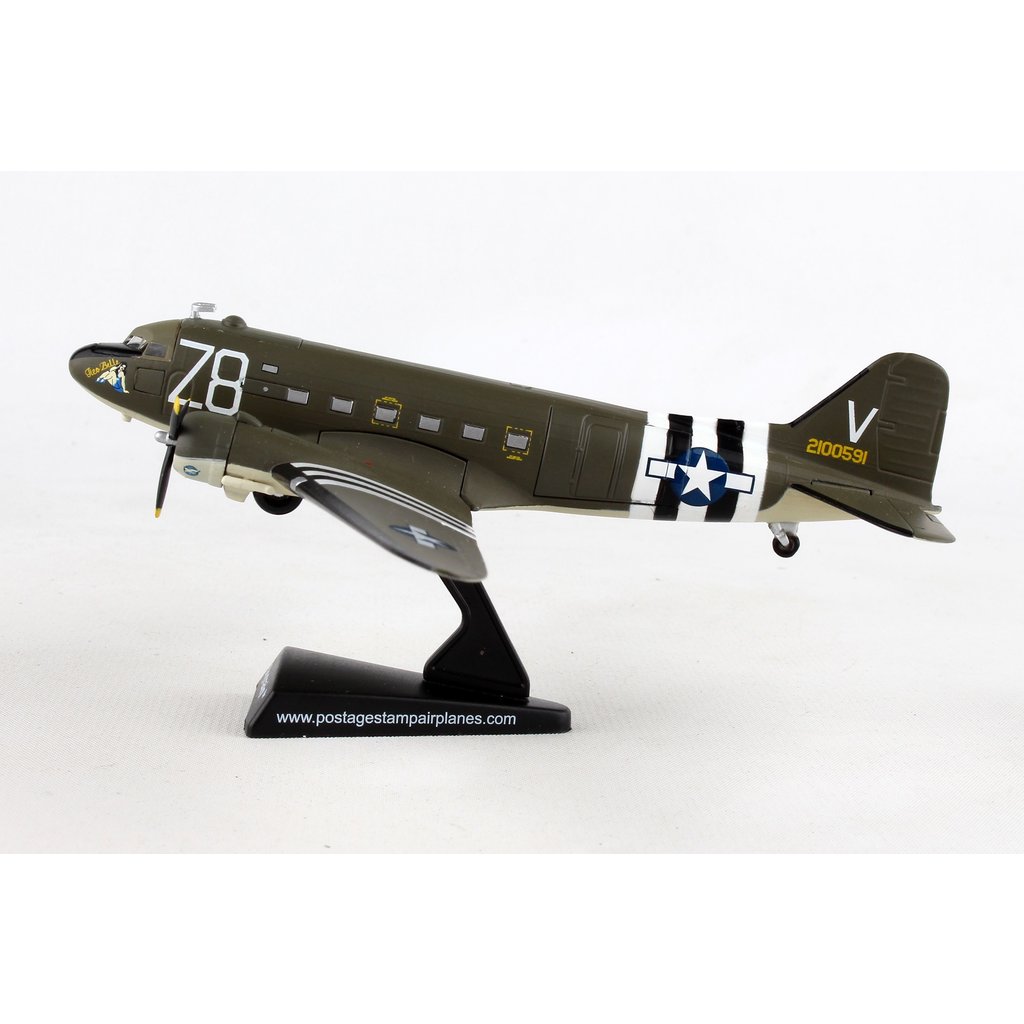 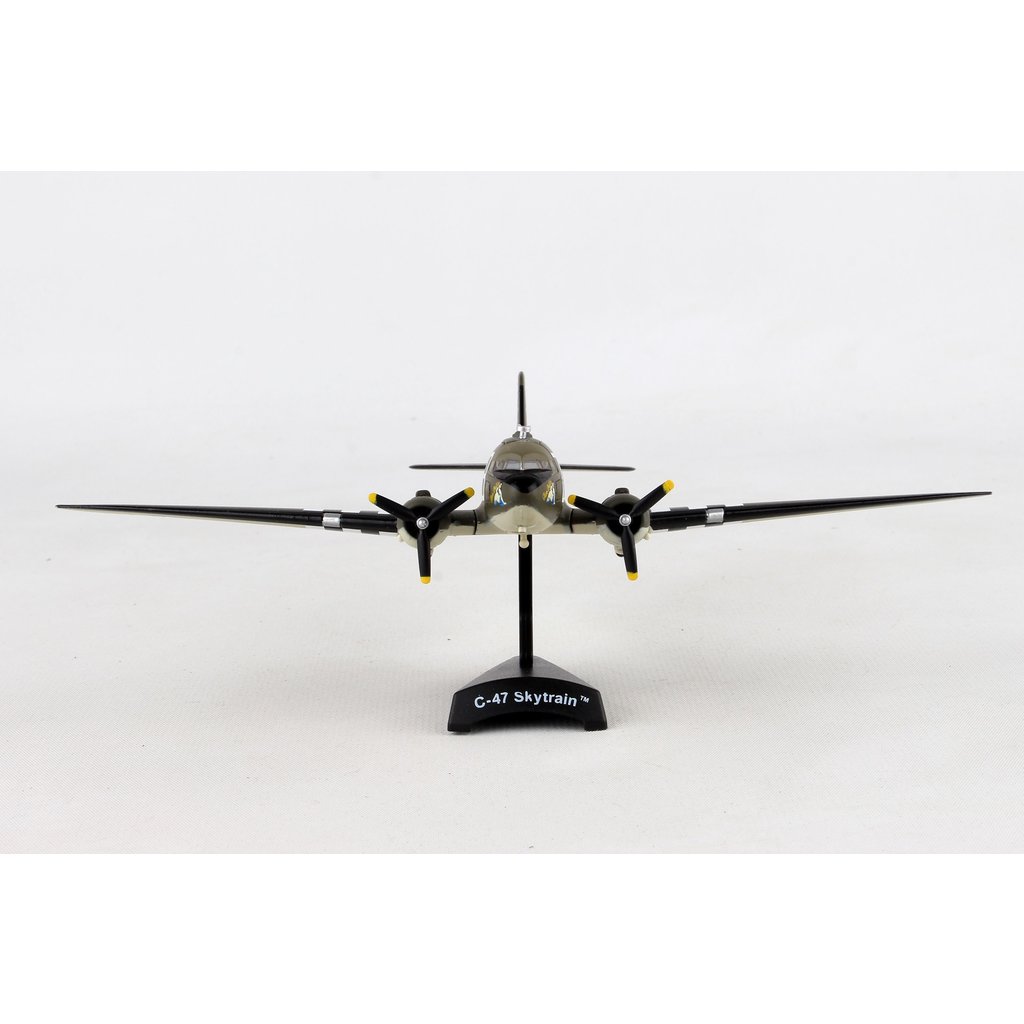 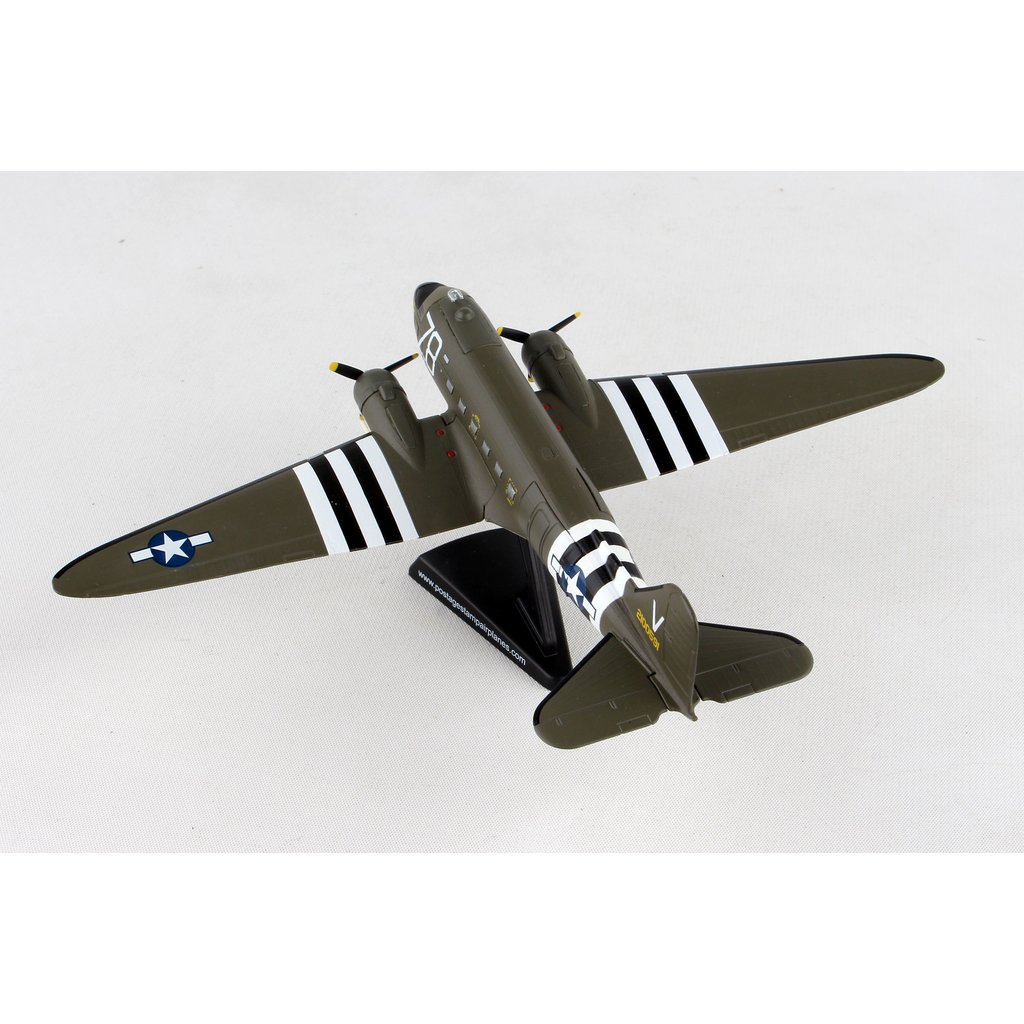 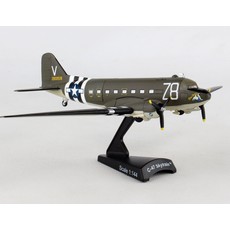 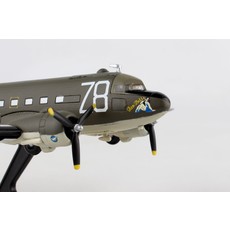 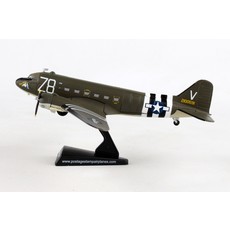 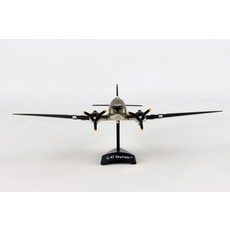 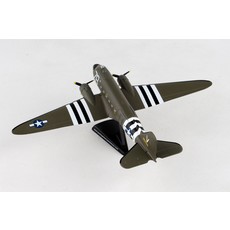 This Die-cast metal airplane model comes in 1:144 scale with plastic stand and is approximately 5 1/2 inches long with 7 3/4 inch wingspread. The C-47 Skytrain developed from the Douglas DC-3™ which was designed for commercial passenger service in the early 1930's. Entering service in 1935, the DC-3 was quickly adapted for military transport service and designated as the C-47 Skytrain. World War II saw high demand for the reliable C-47, with over 10,000 produced. The C-47's played a key role on D-Day, dropping over 50,000 paratroopers during the Allied invasion of Normandy in Operation Overlord, June of 1944.
"Tico Belle" flew with the 82nd Airborne Division out of Ramsbury on D-day and survived to serve additional missions for the liberation of Europe. It was restored in flying condition on July 2009, and is the flagship aircraft of the Valiant Air Command Warbird Museum in Titusville, FL.