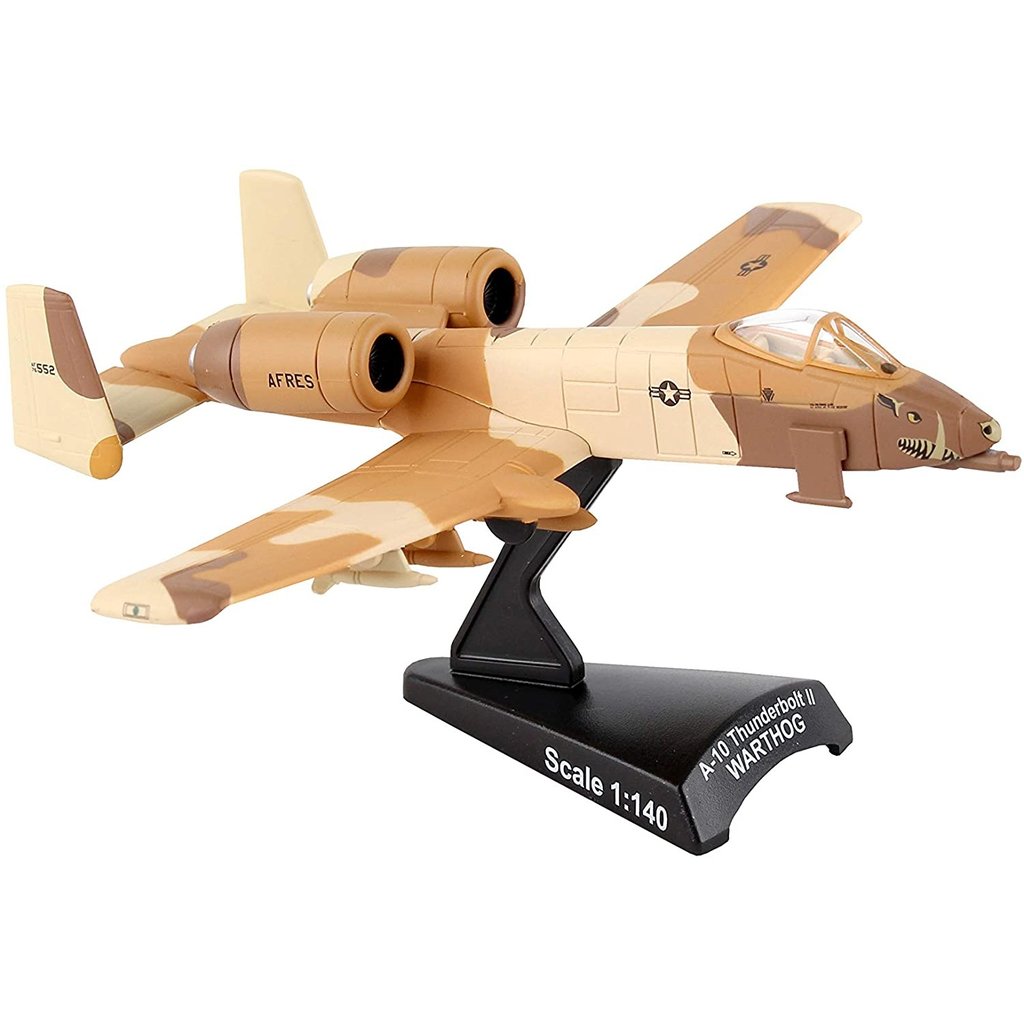 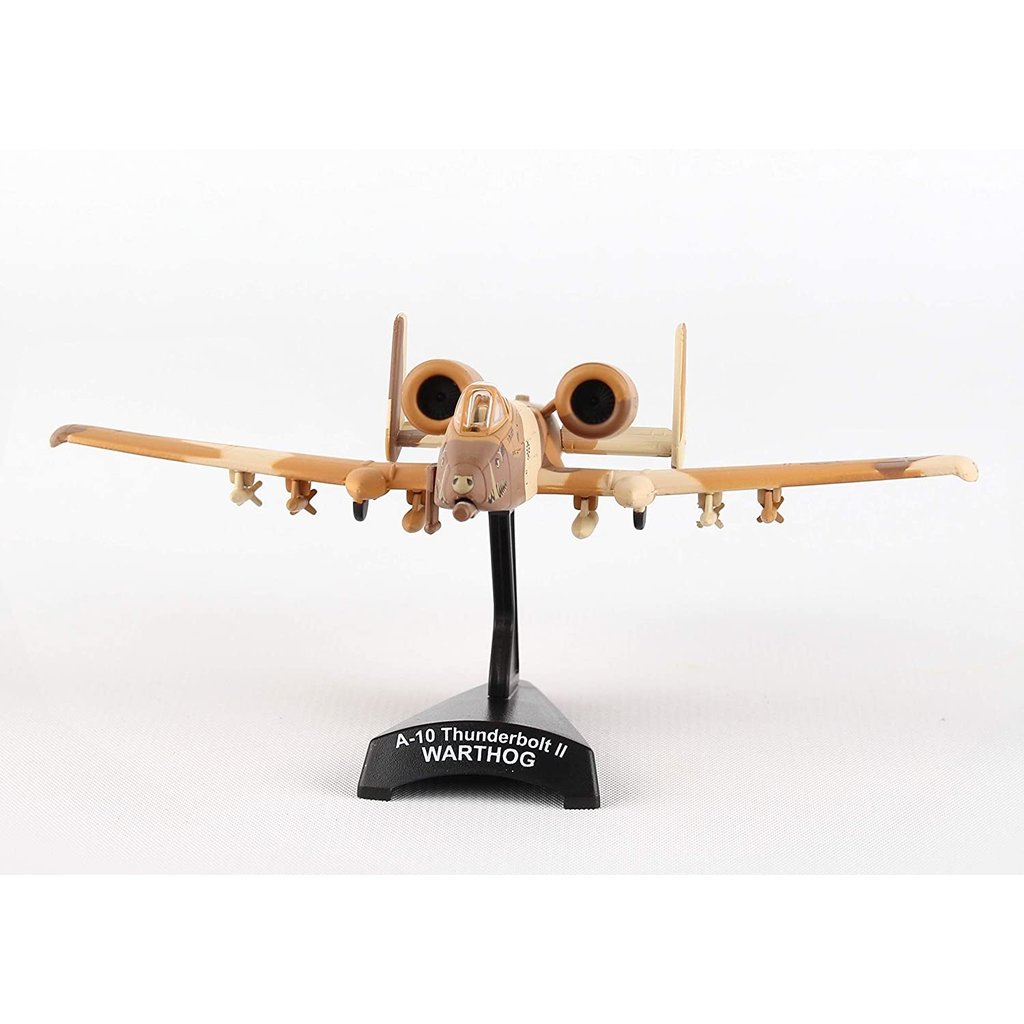 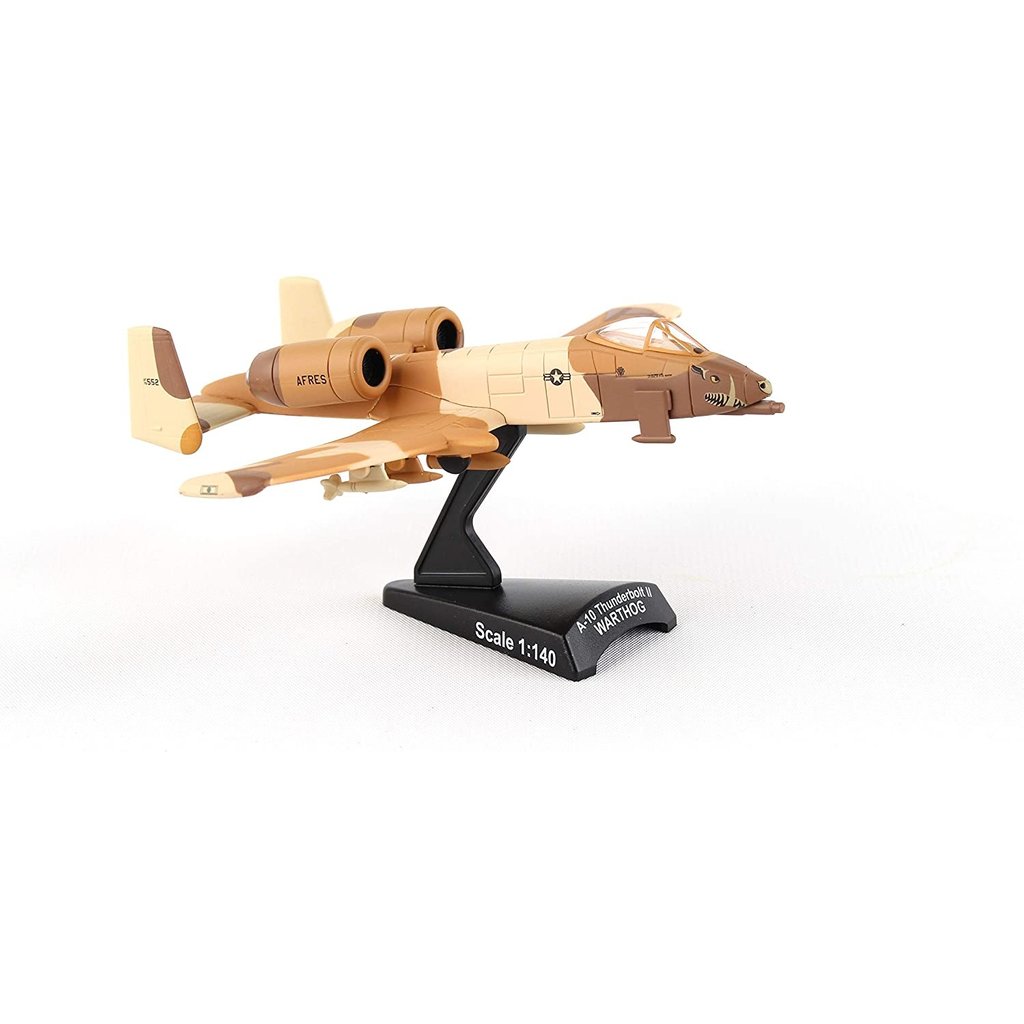 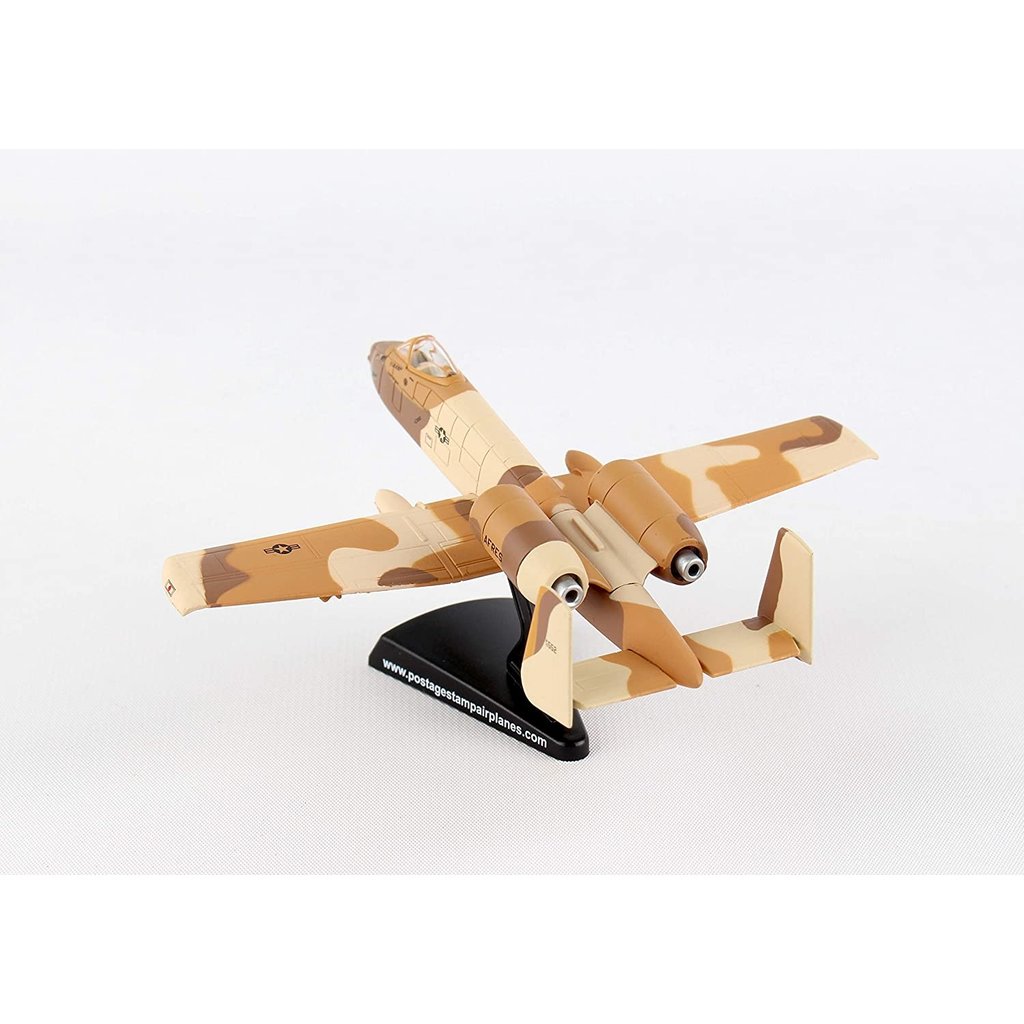 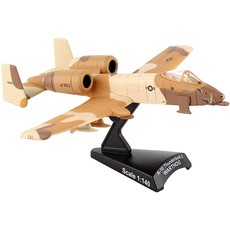 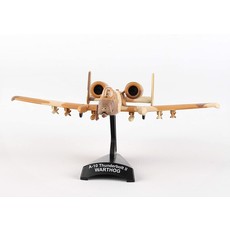 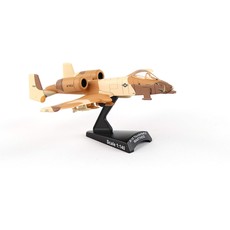 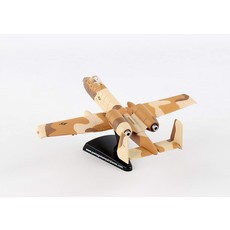 During the late 1960’s, the United States Air Force ordered a new close air support aircraft.  The A-10 is a cantilever low wing all metal monoplane.  The enclosed cockpit is well forward of the wings and the bullet proof windshield protected the pilot with a titanium bath tub structure. The A-10 was designed for short term response against enemy armored vehicles.  The main feature of the plane is a nose mounted 30 mm GAU-8/A Avenger Gatling-type cannon.  One of the most powerful aircraft cannons ever flown.  It fires large depleted uranium armor piercing shells. This Die-cast metal airplane model comes in 1:140 scale with plastic stand and is approximately 4 5/8 inches long with 5 inch wingspan.