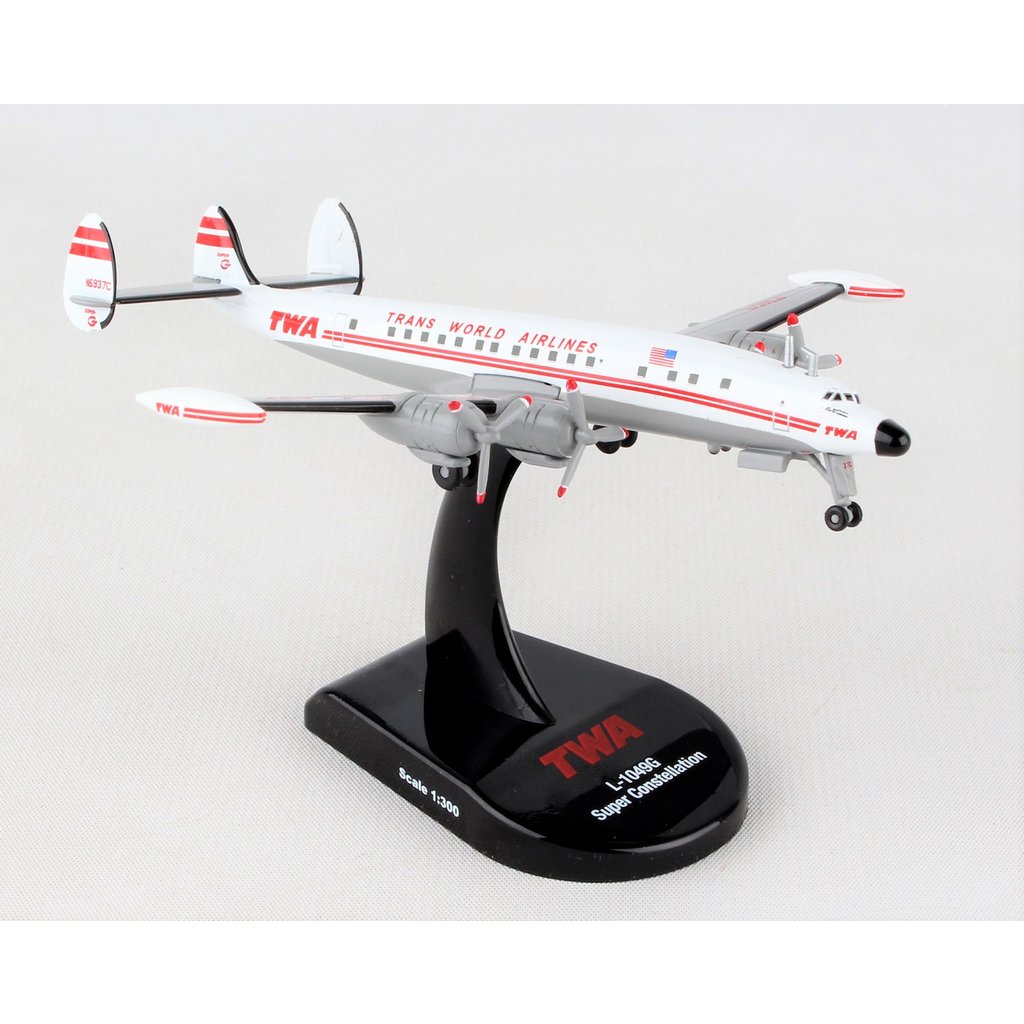 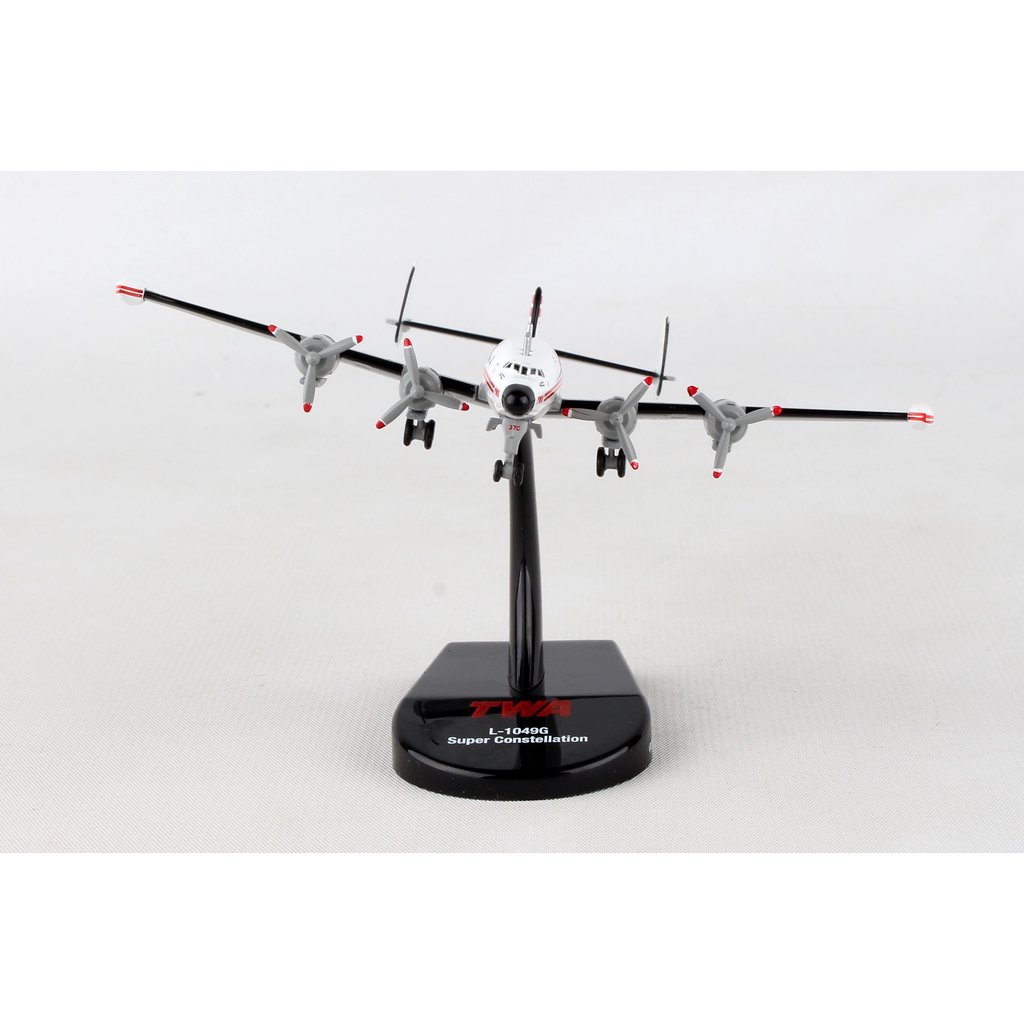 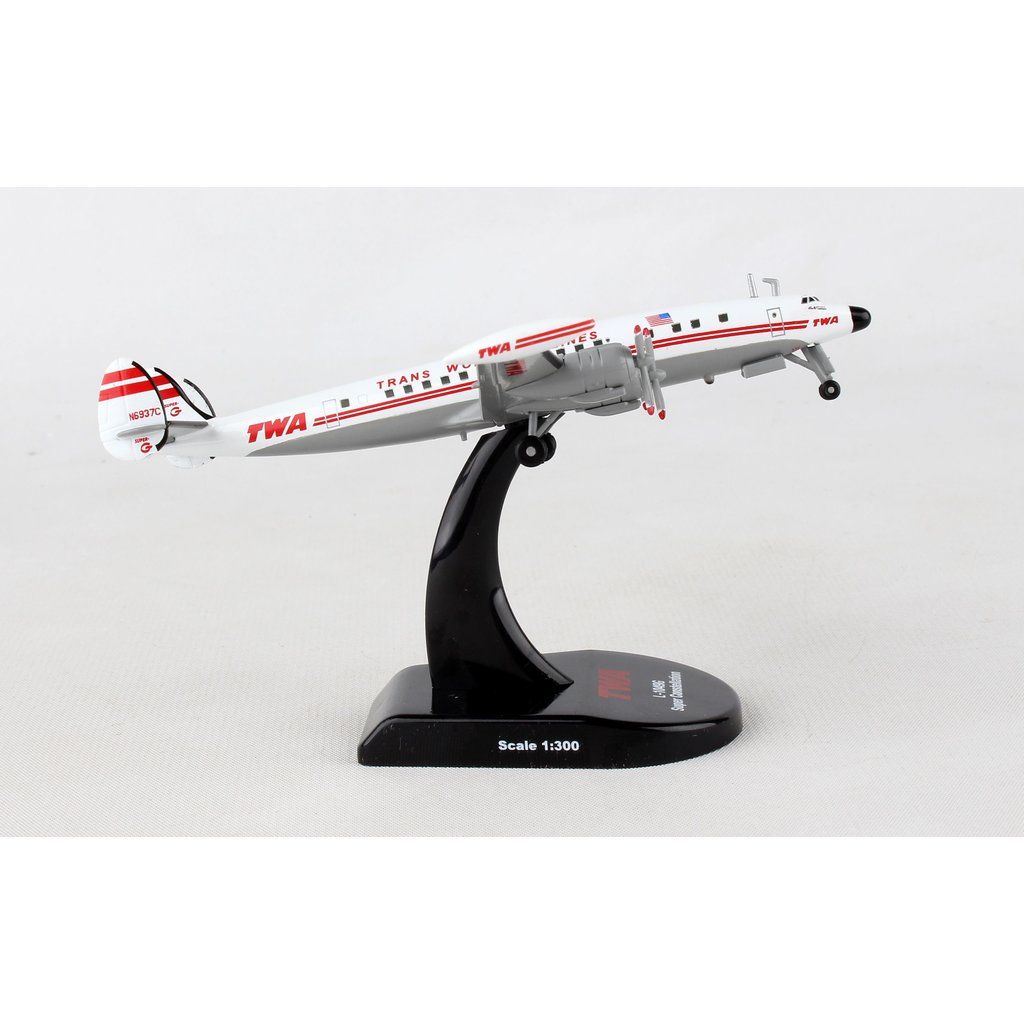 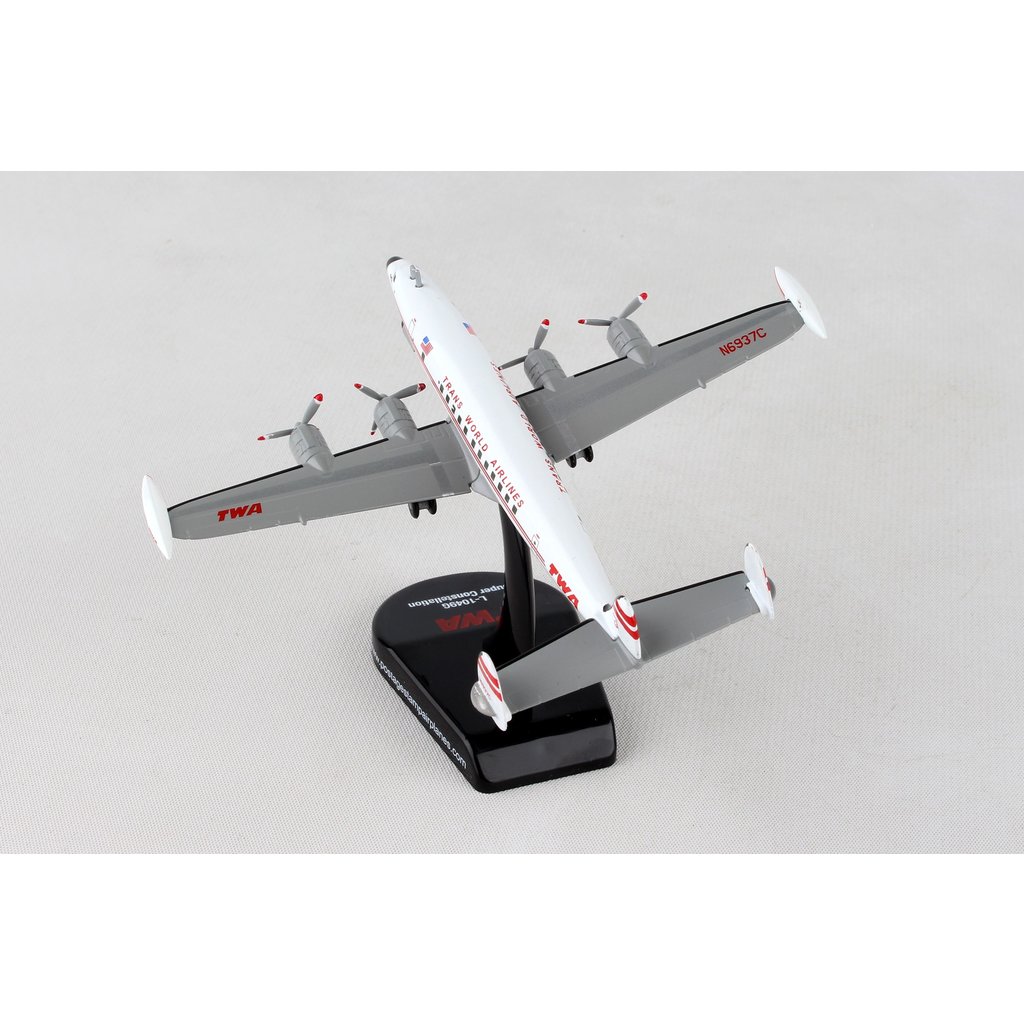 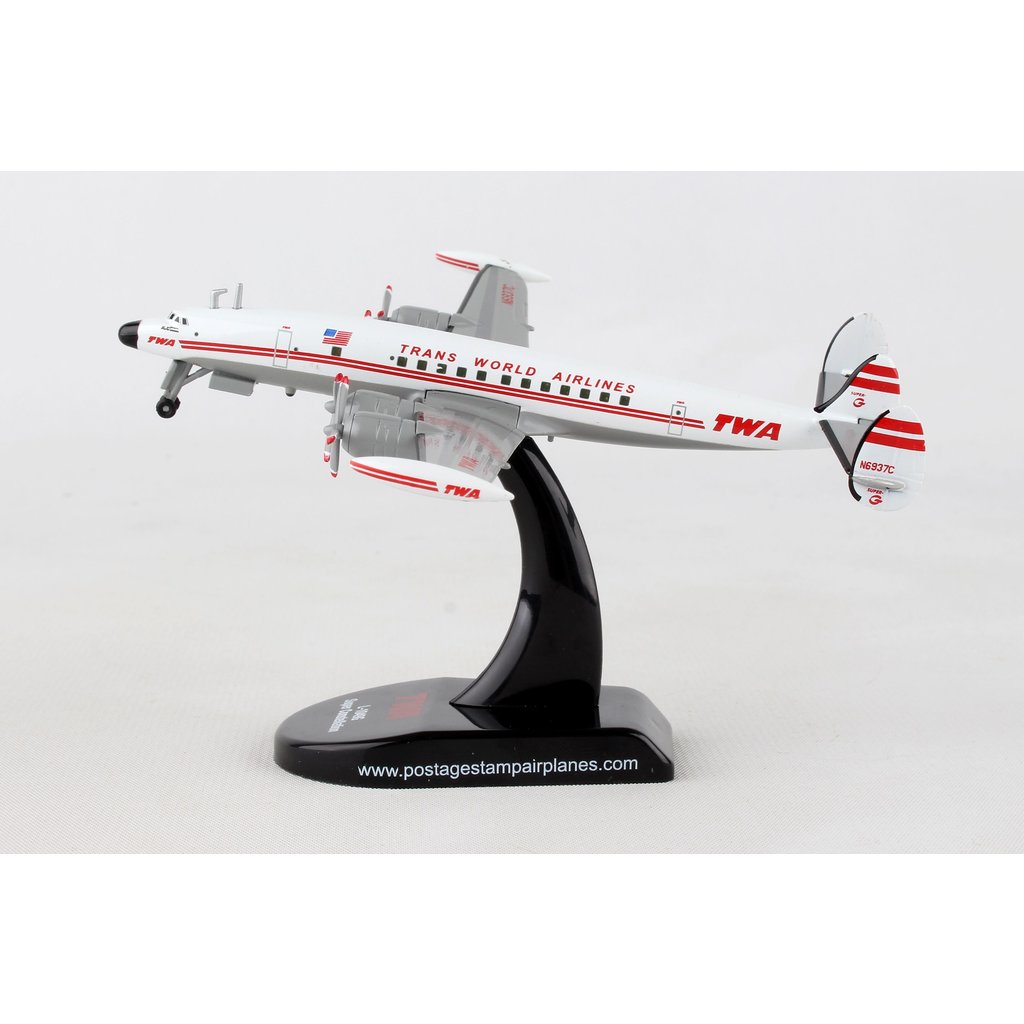 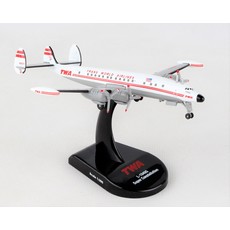 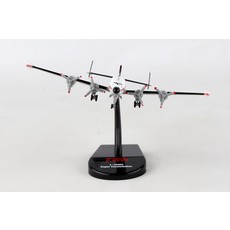 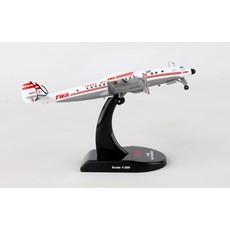 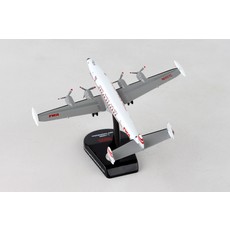 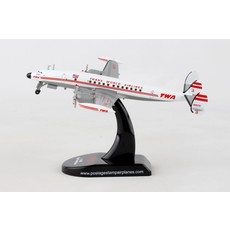 Lockheed L-1049 Super Constellation, aka "Super Connie", is propeller-driven, four-engined commercial airliner produced by Lockheed Corporation. It has the iconic triple-tail design and the distinctive dolphin shaped fuselage of all aircraft in the Constellation line. It was actually an improved version of the L-049, stretched by 18 ft to compete with rival DC-6.
Howard Hughes took control of Trans World Airlines (TWA) after purchasing majority shares in 1939. He asked Lockheed to develop an airliner secretly since his own Hughes Aircraft was prohibited by federal law from supplying his airline. The result was the revolutionary Constellation. TWA purchased the first 40 of the new airliners off the production line and were the biggest civilian operators of Connies. 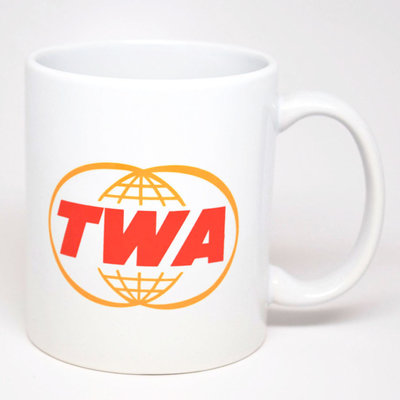 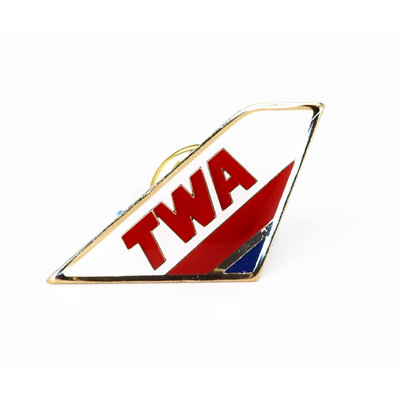 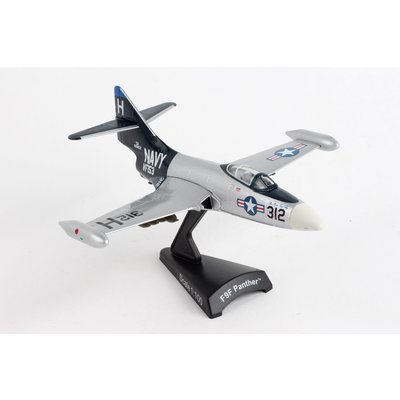 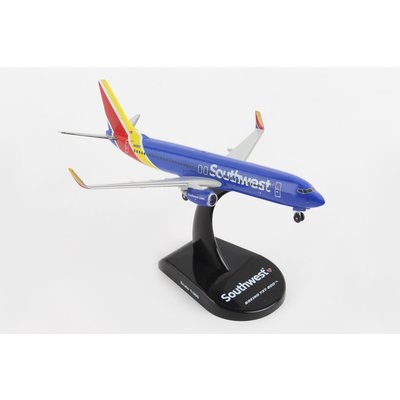