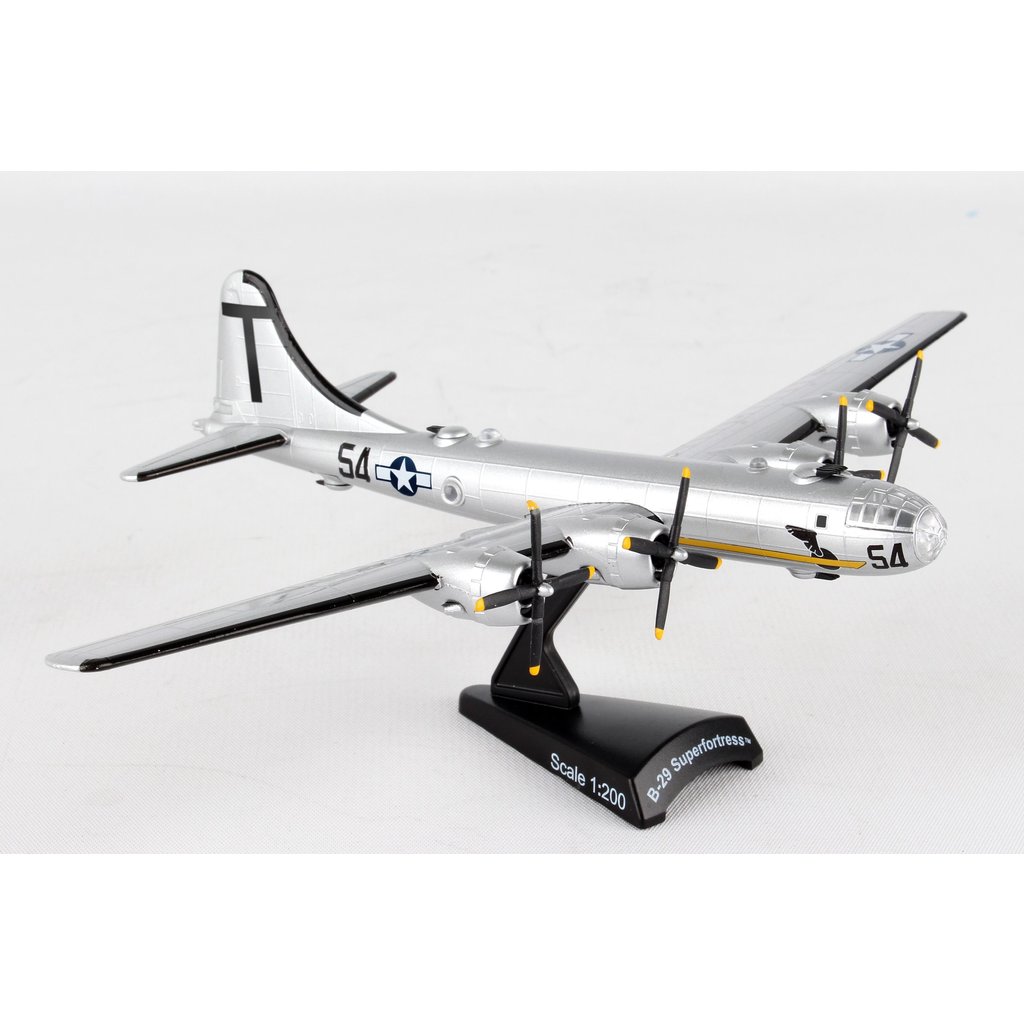 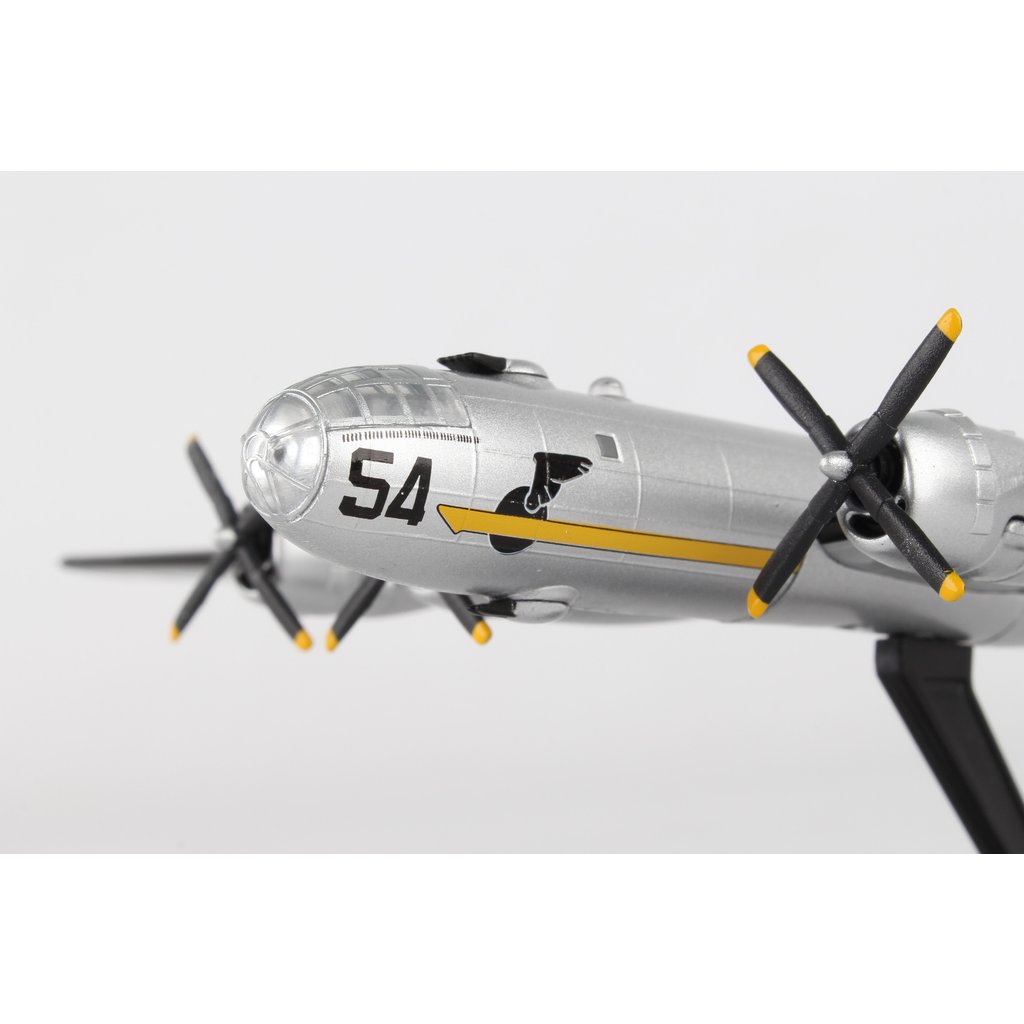 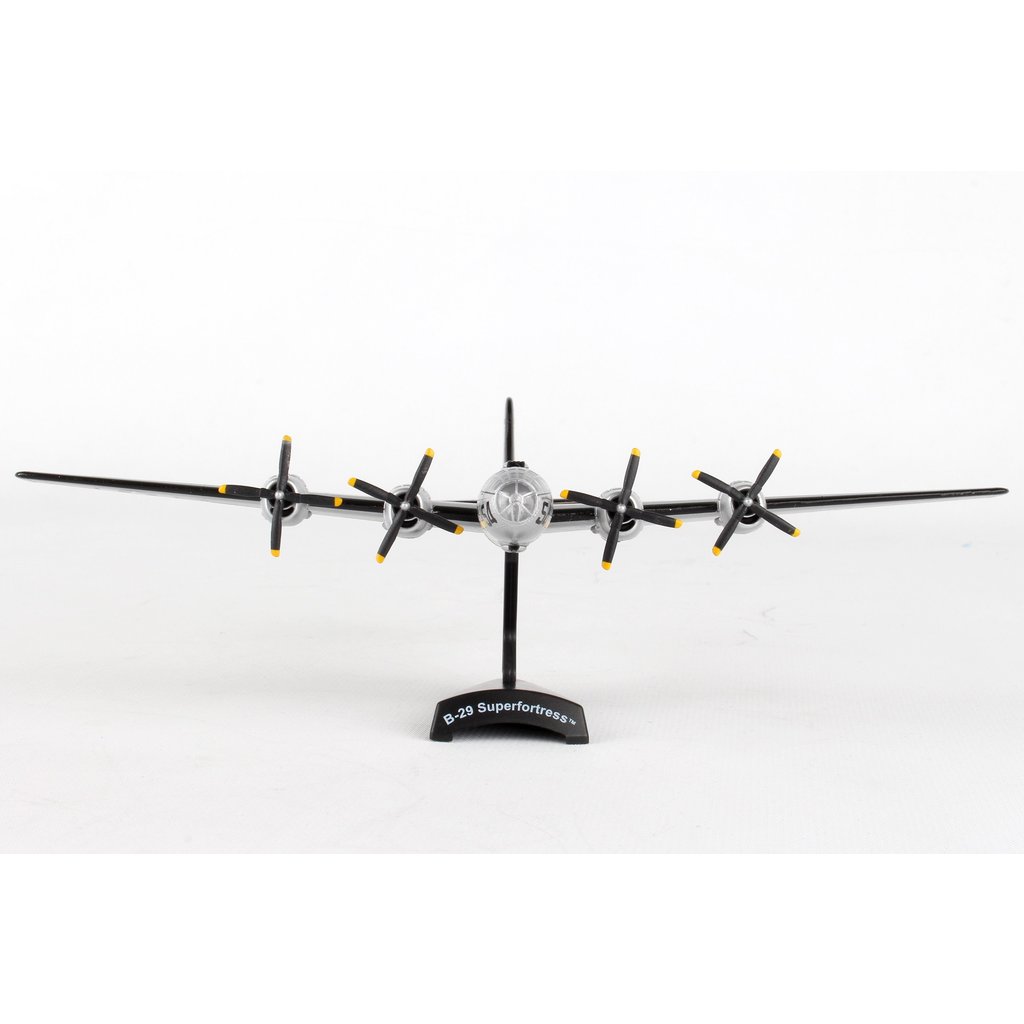 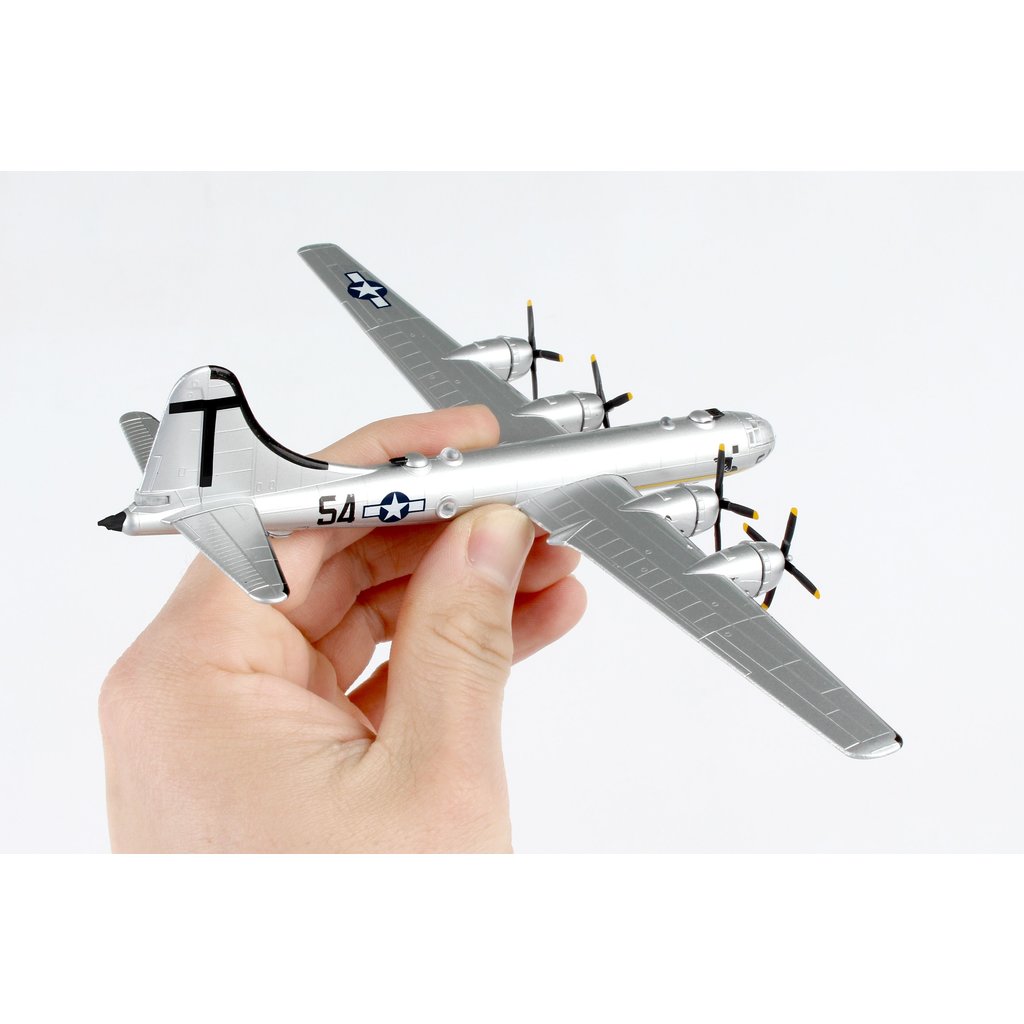 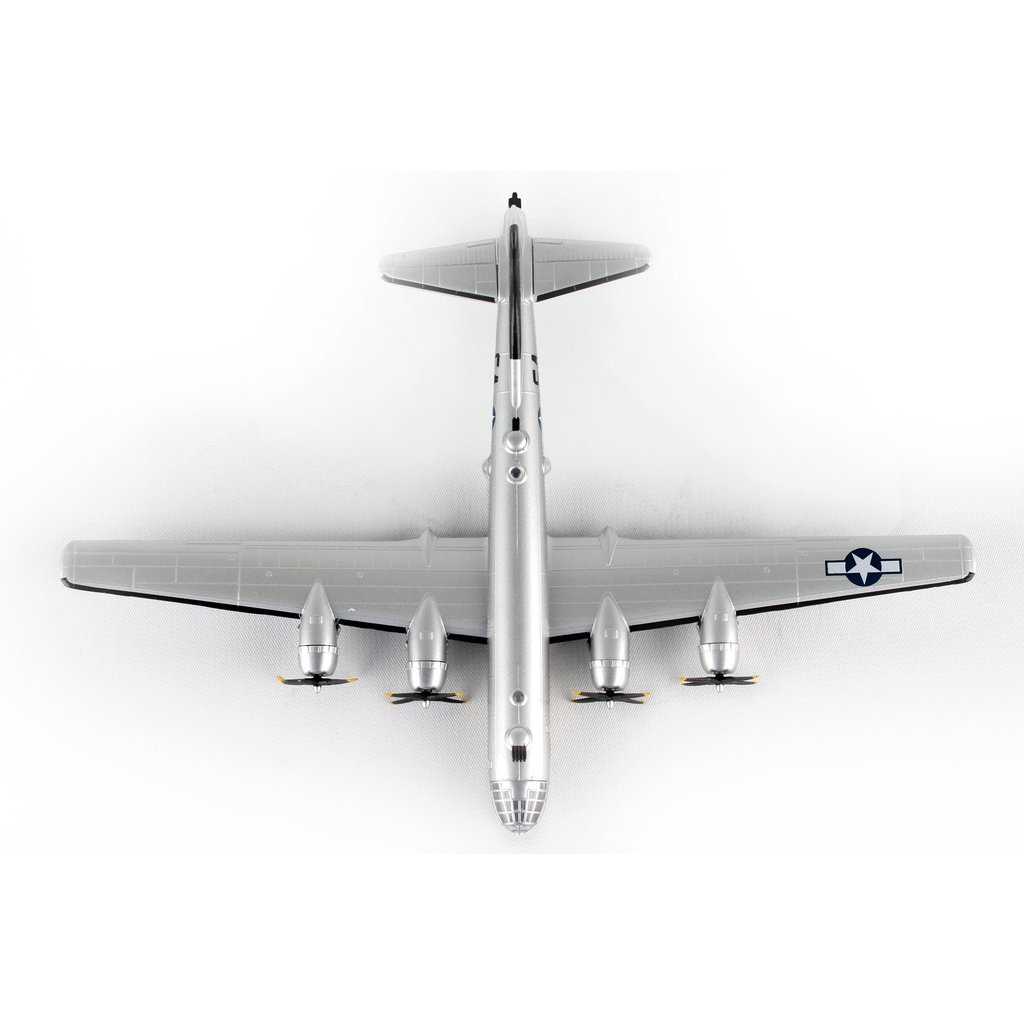 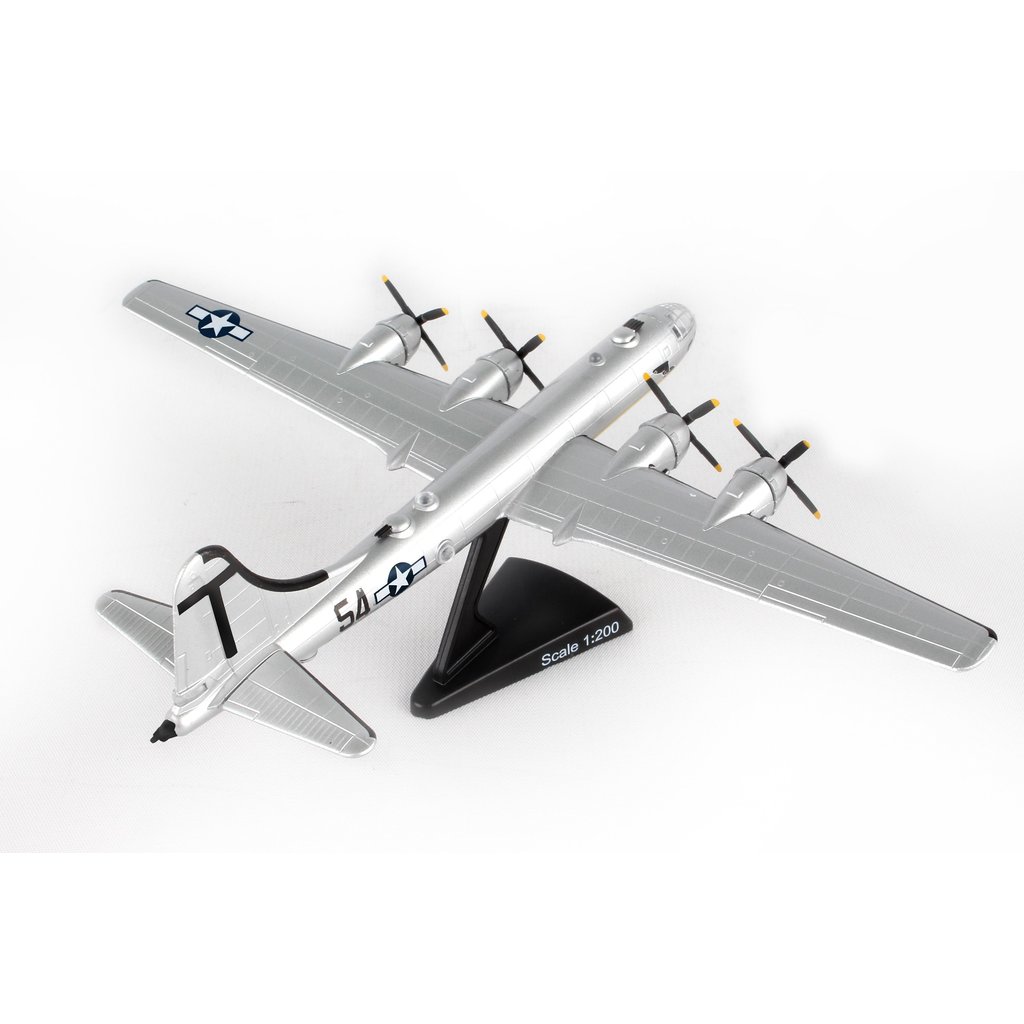 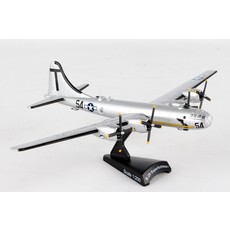 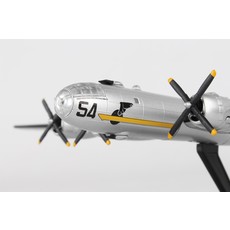 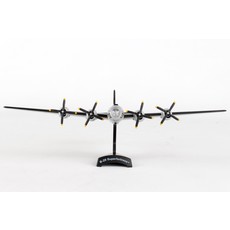 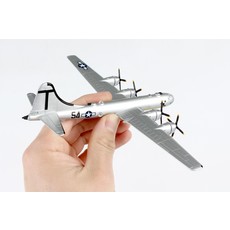 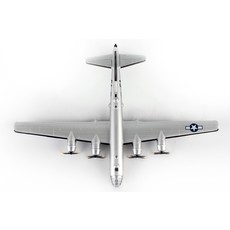 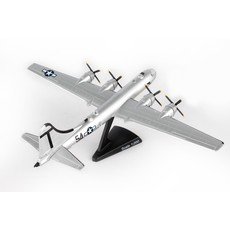 Boeing's four-engine propeller-drive B-29 Superfortress was one of the largest aircraft used during World War II. The world's most-advanced bomber at that time, it featured three pressurized crew cabins, which allowed for high-altitude flight, remotely operated machine gun turrets and a maximum bomb load of 20,000 pinds (9.071 kg). Know as T Sqare 54, (from it's radio call sign), this Boeing B-20 that is on display at Seattle's Museum of Flight fought in the US Army Air Force's Pacific Theater of operations during World War II, flying 37 bombing missions from the Mariana Islands with the 875th Bombardment Squadron, 498th Bombardment Group, 73rd Bombardment Wing. This Die-cast metal airplane model comes in 1:200 scale with plastic stand and is approximately 5 7/8 inches long with 8 1/8 inch wingspan. 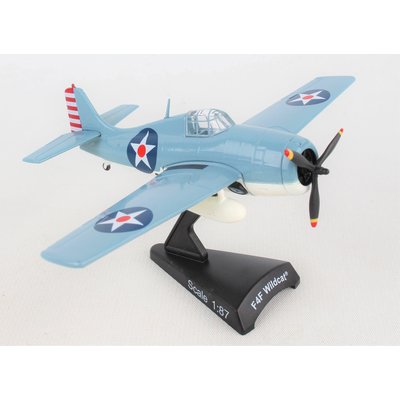