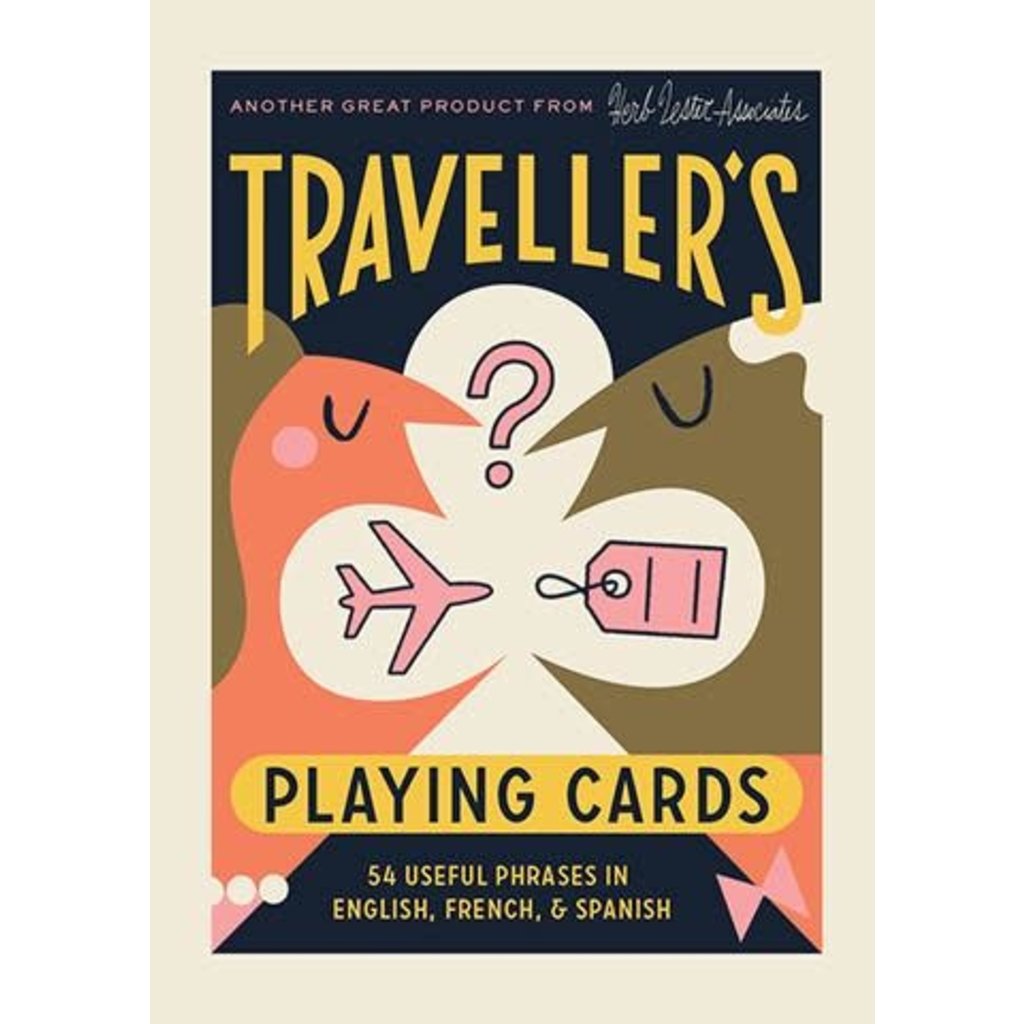 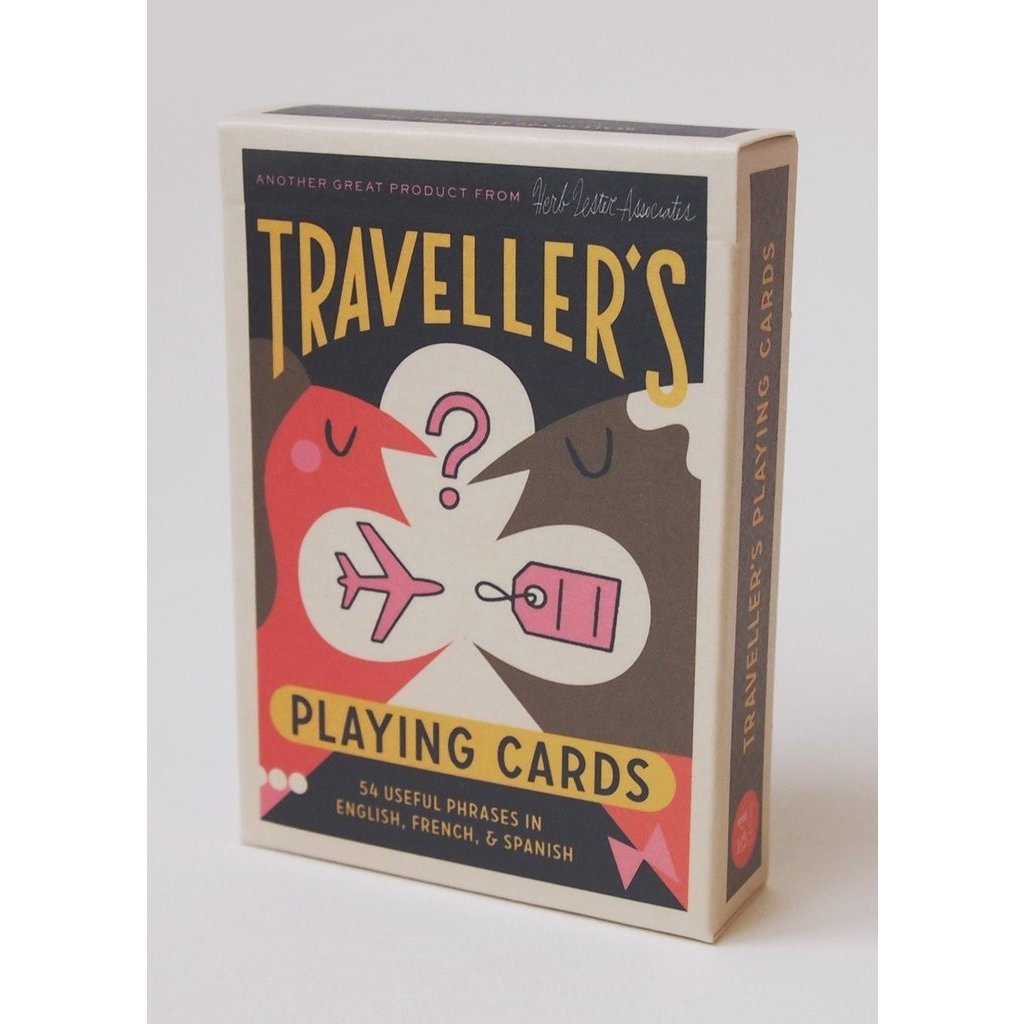 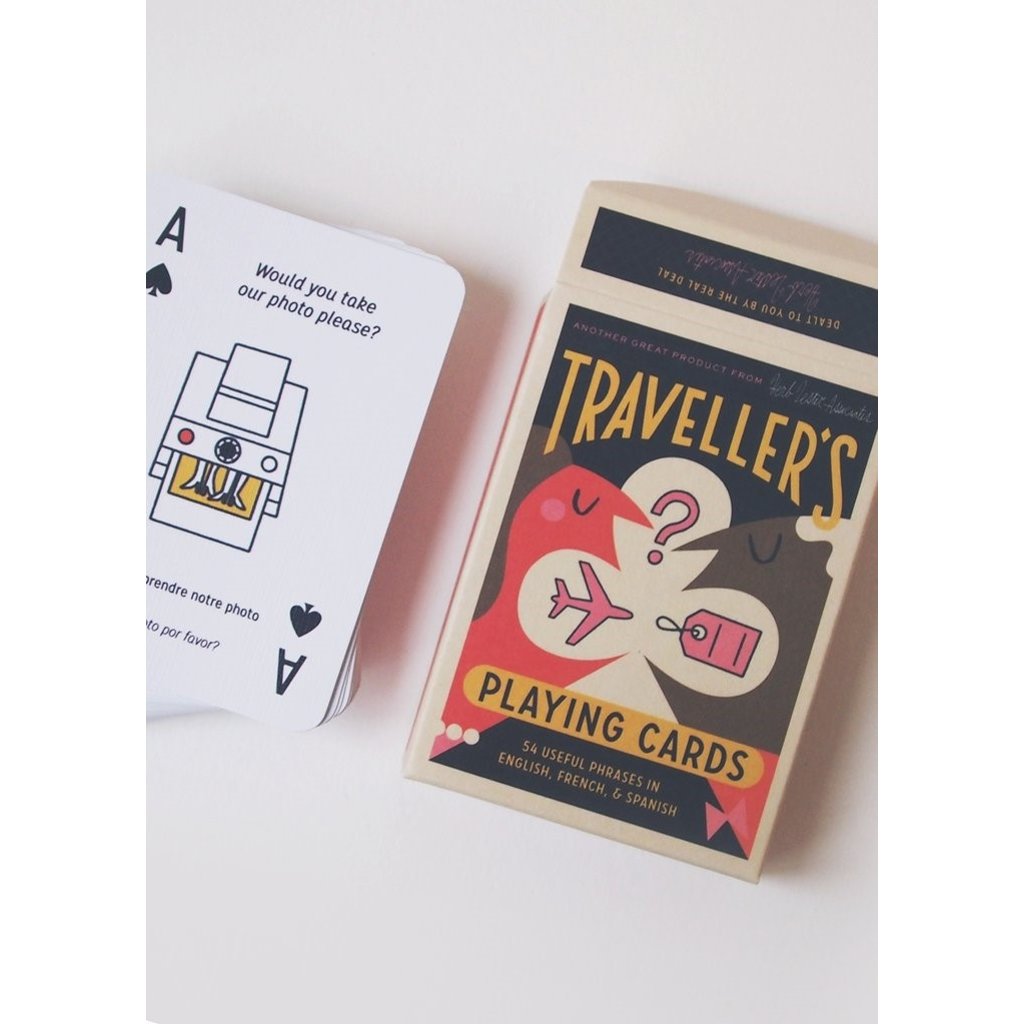 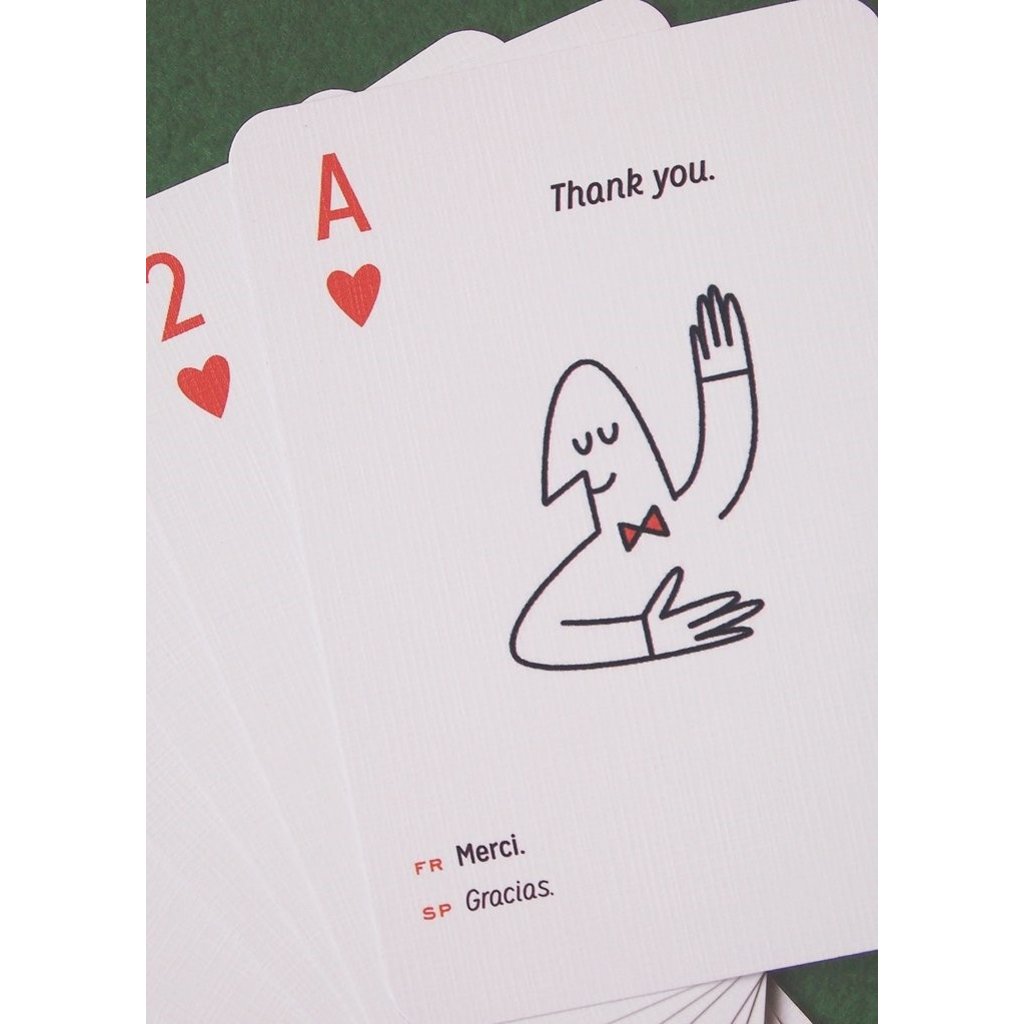 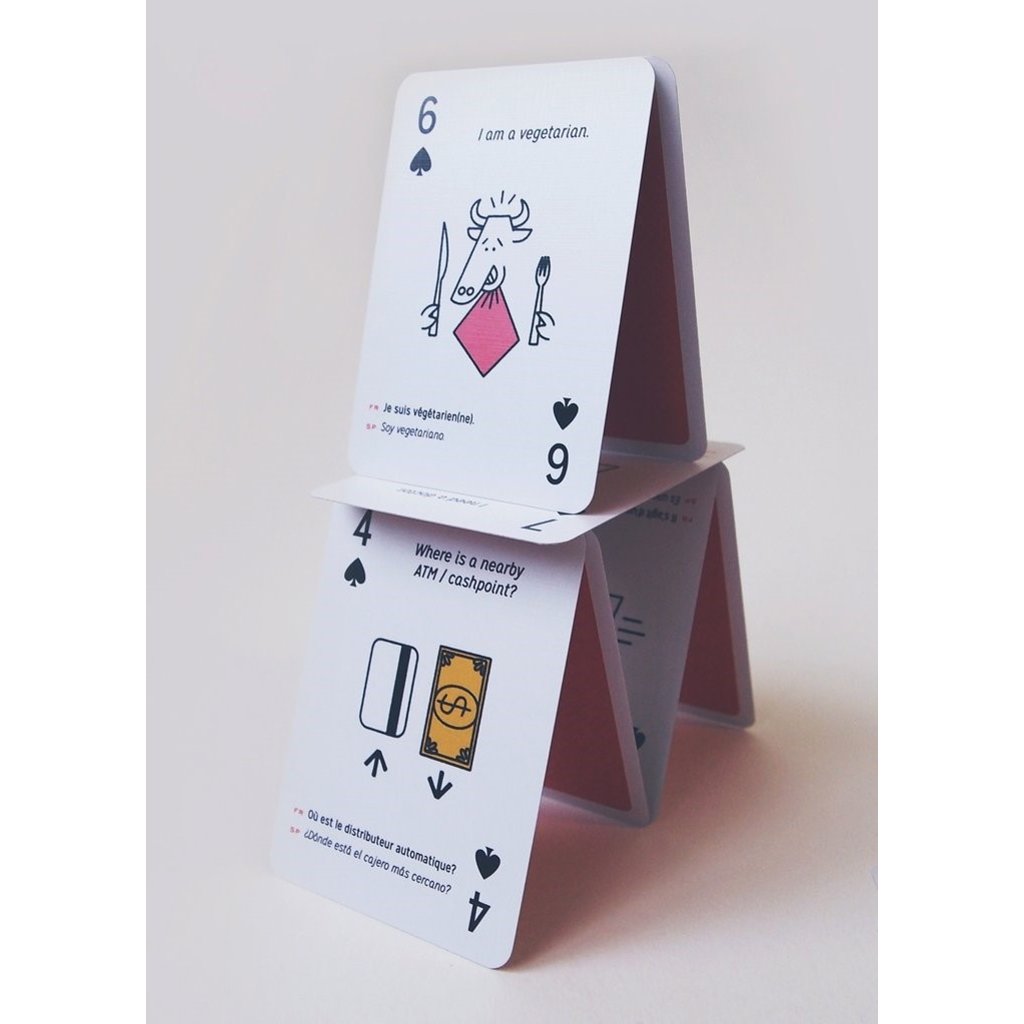 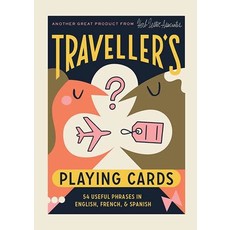 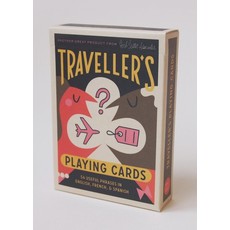 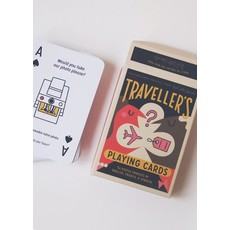 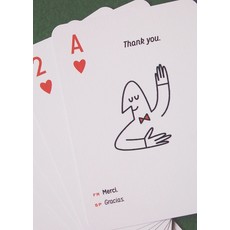 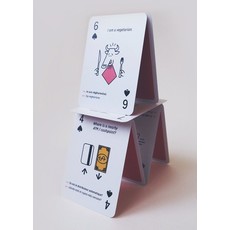 This deck is suitable for any of the traditional uses – games, tricks, a solo round of patience – but each of the 54 cards (four complete suits and two jokers) also doubles as your own personal translator, with a commonly used phrase along with its French and Spa-nish equivalent.

Designed by Tom Froese, these playing cards evoke an earlier, less stressful era of travel but uses phrases handy for the 21st century traveller: Where can I charge my phone? Do you have wifi? Where’s the nearest ATM? Do you mind if I take a photo?

And for those lucky enough to be fluent in English, French and Spa-nish – well, who doesn’t like a round of rummy? 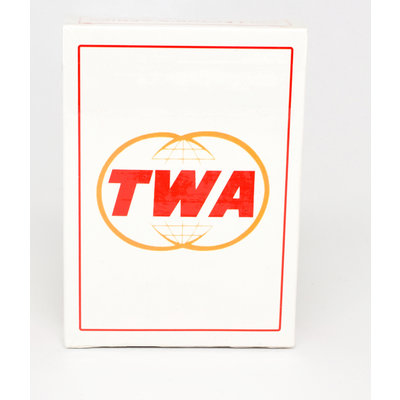 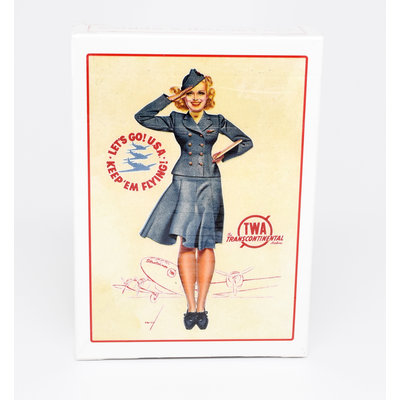 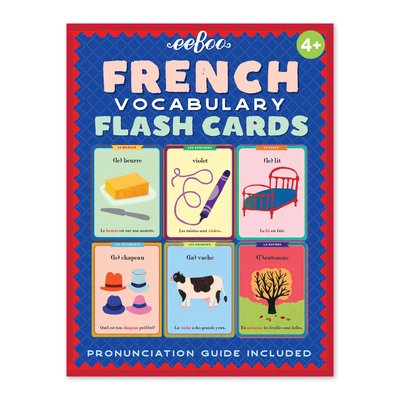 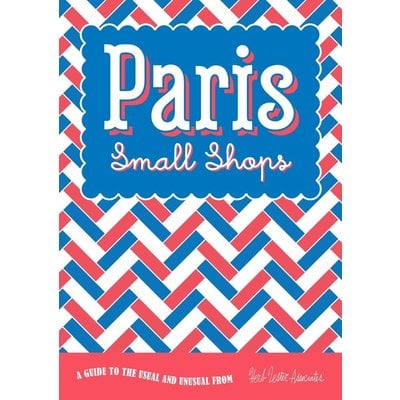