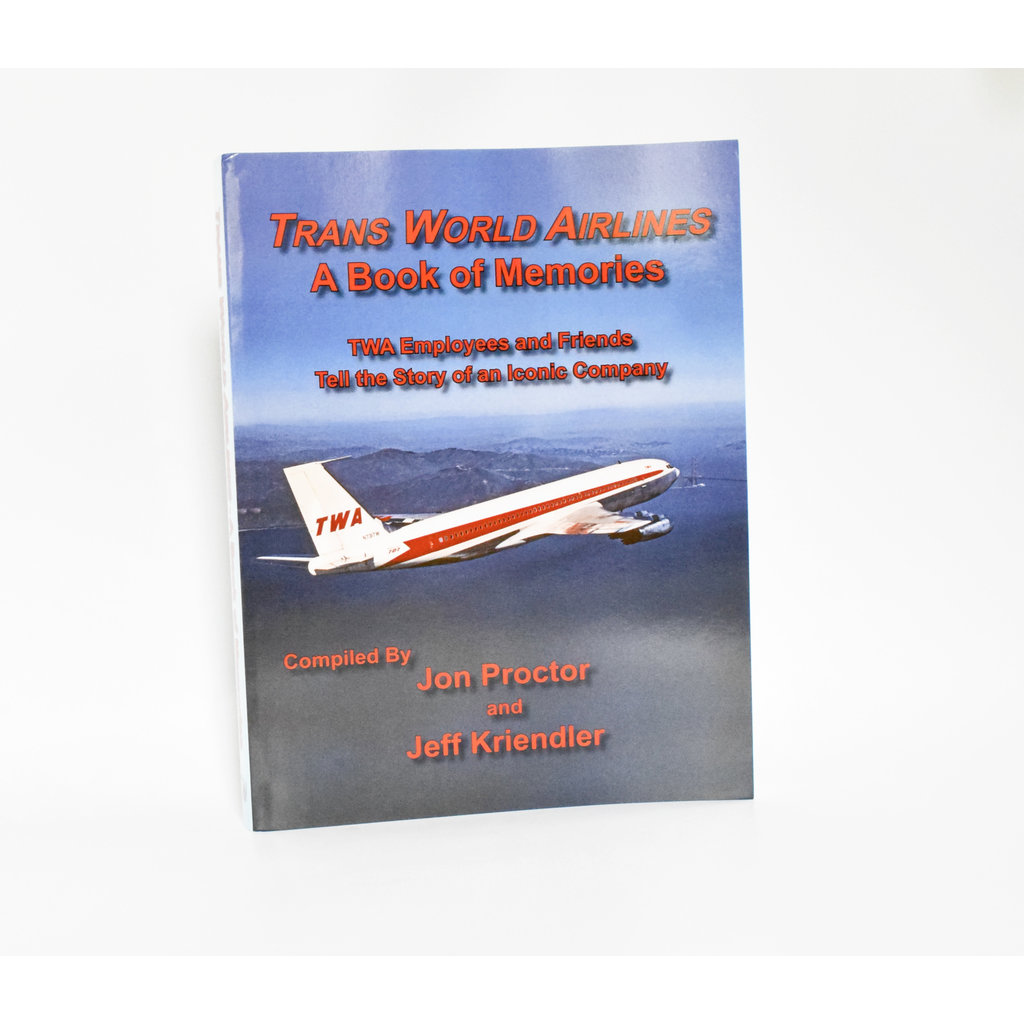 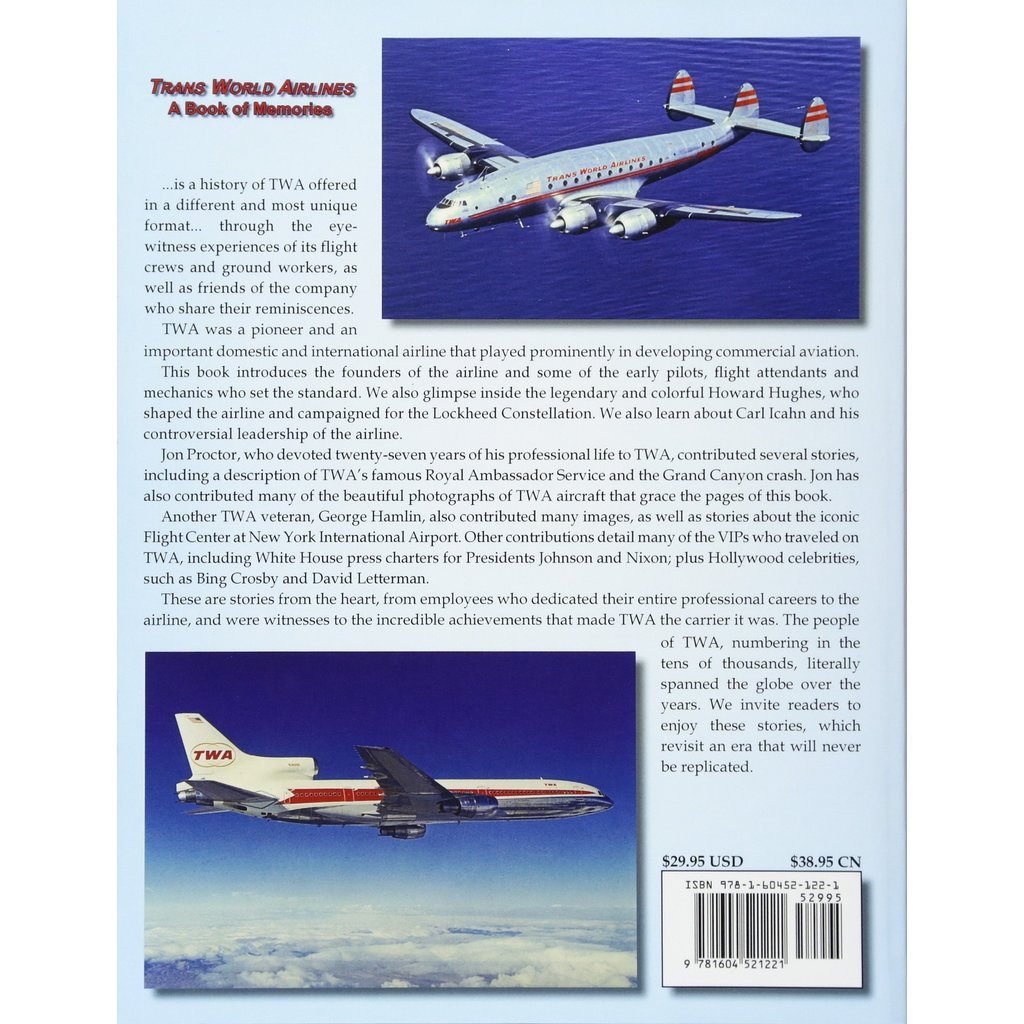 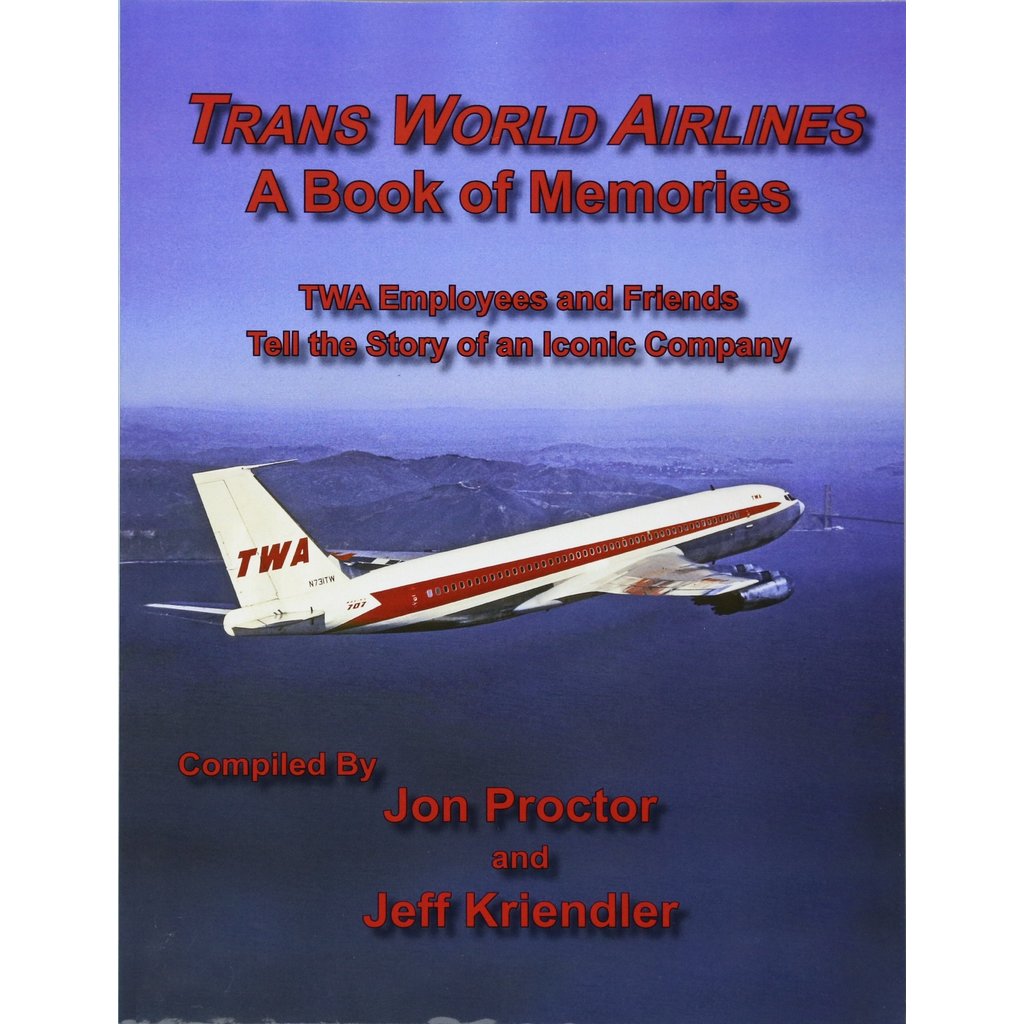 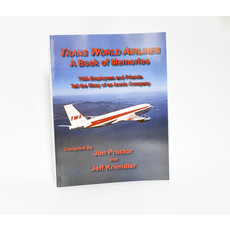 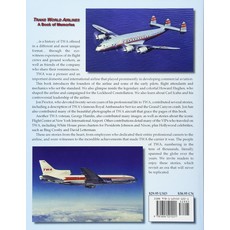 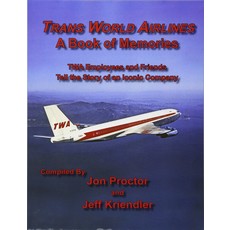 TRANS WORLD AIRLINES - A Book of Memories is a history of TWA offered in a different and most unique format... through the eyewitness experiences of its flight crews and ground workers, as well as friends who share their reminiscences.

TWA was a pioneer and an important domestic and international airline that played prominently in developing commercial aviation. This book introduces the founders of the airline and some of the early pilots, flight attendants and mechanics who set the standard. We also glimpse inside to the legendary and colorful Howard Hughes, who shaped the airline and campaigned for the Lockheed Constellation. We also learn about Carl Icahn and his controversial leadership of the airline.

Jon Proctor, who devoted twenty-seven years of his professional life to TWA, contributed several stories, including a description of TWA's famous Royal  Service and the Grand Canyon crash. Jon has also contributed many of the beautiful photographs of TWA aircraft that grace the pages of this book.

Another TWA veteran, George Hemlin, also contributed many images, as well as stories about the iconic Flight Center at New York International Airport. Other contributions detail many of the VIPs who traveled on TWA, including White House press charters for Presidents Johnson and Nixon; plus Hollywood celebrities, and legendary figures such as Bing Crosby and David Letterman.

These are stories from the heart, from employees who dedicated their entire professional careers to the airline, involved personally with the incredible achievements that made TWA the carrier it was. The people of TWA, numbering in the tens of thousands, literally spanned the globe over the years. We invite readers to enjoy these stories, which revisit an era that will never be replicated. 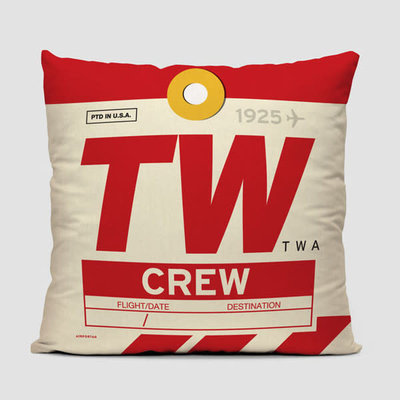 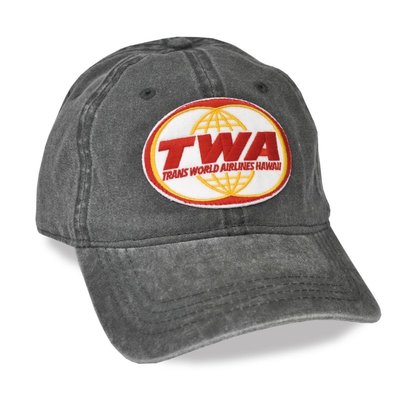