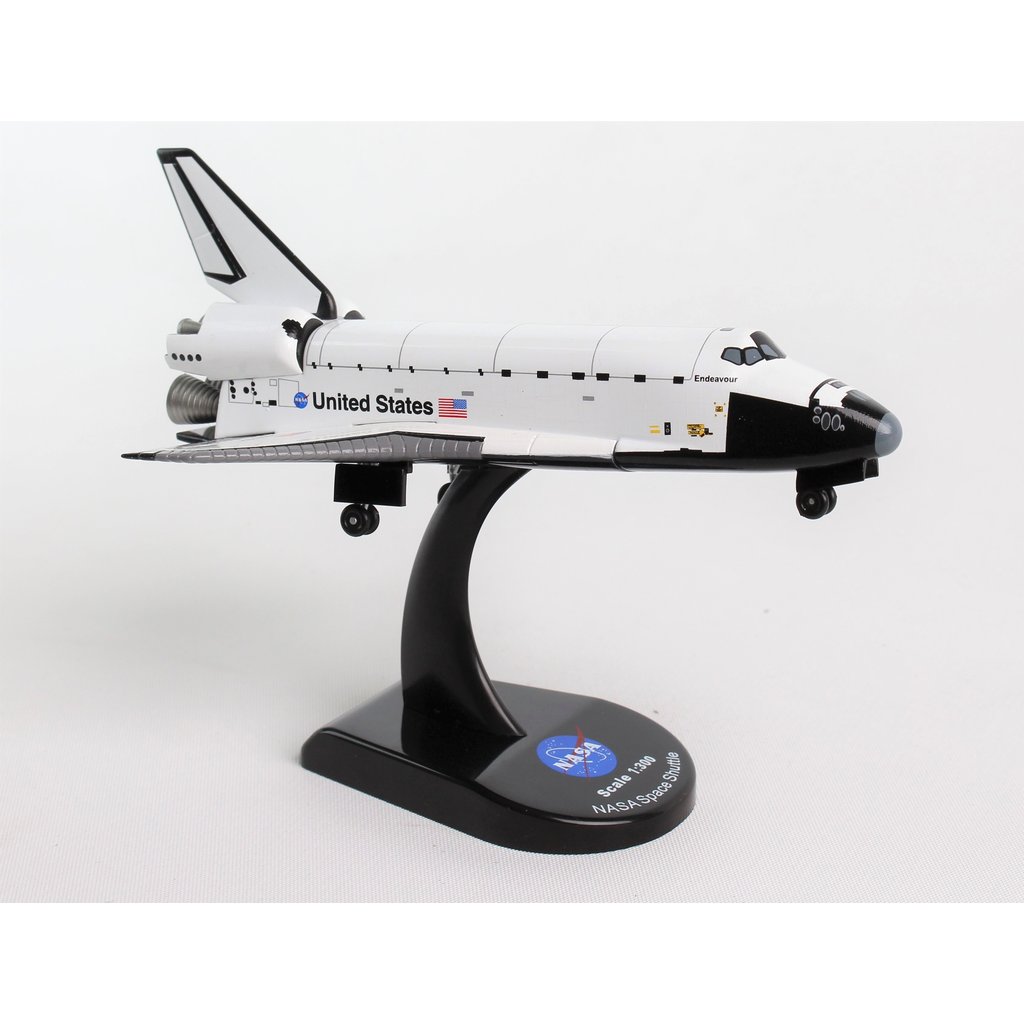 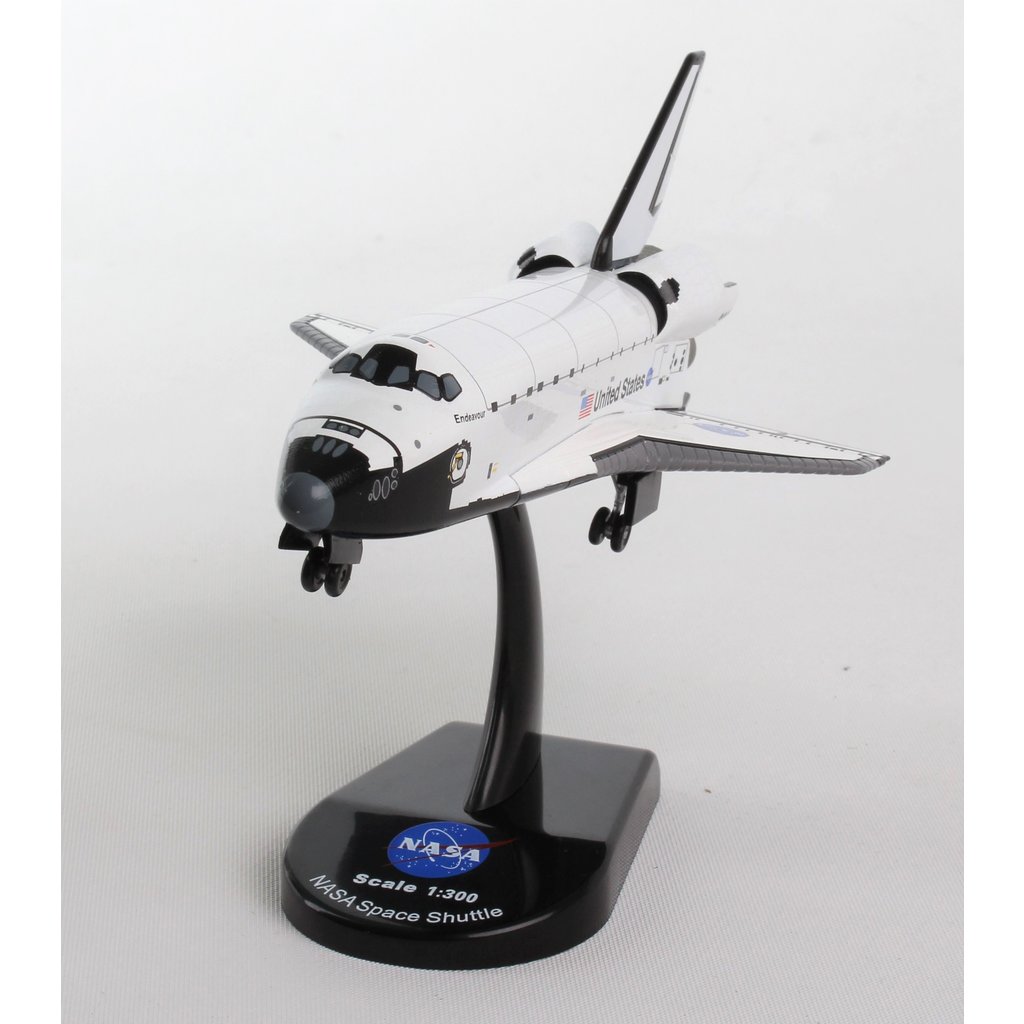 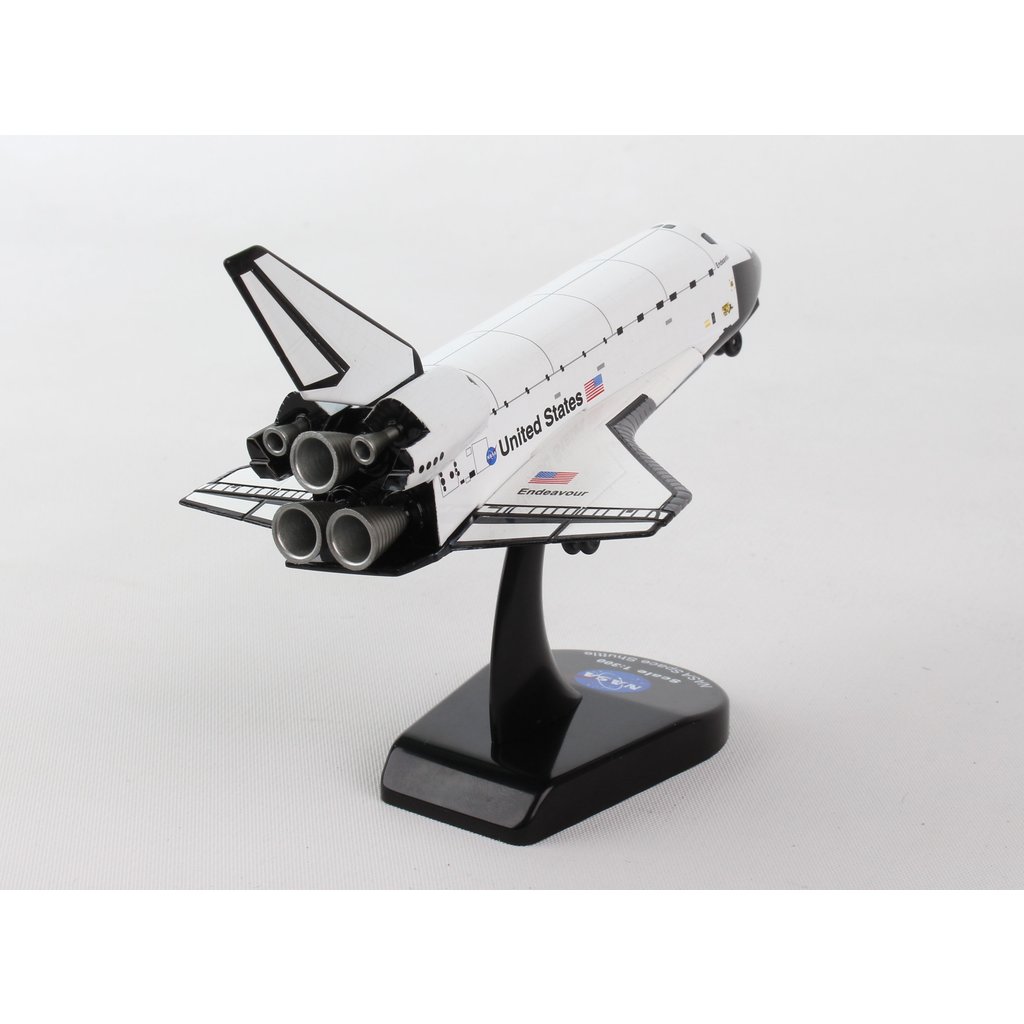 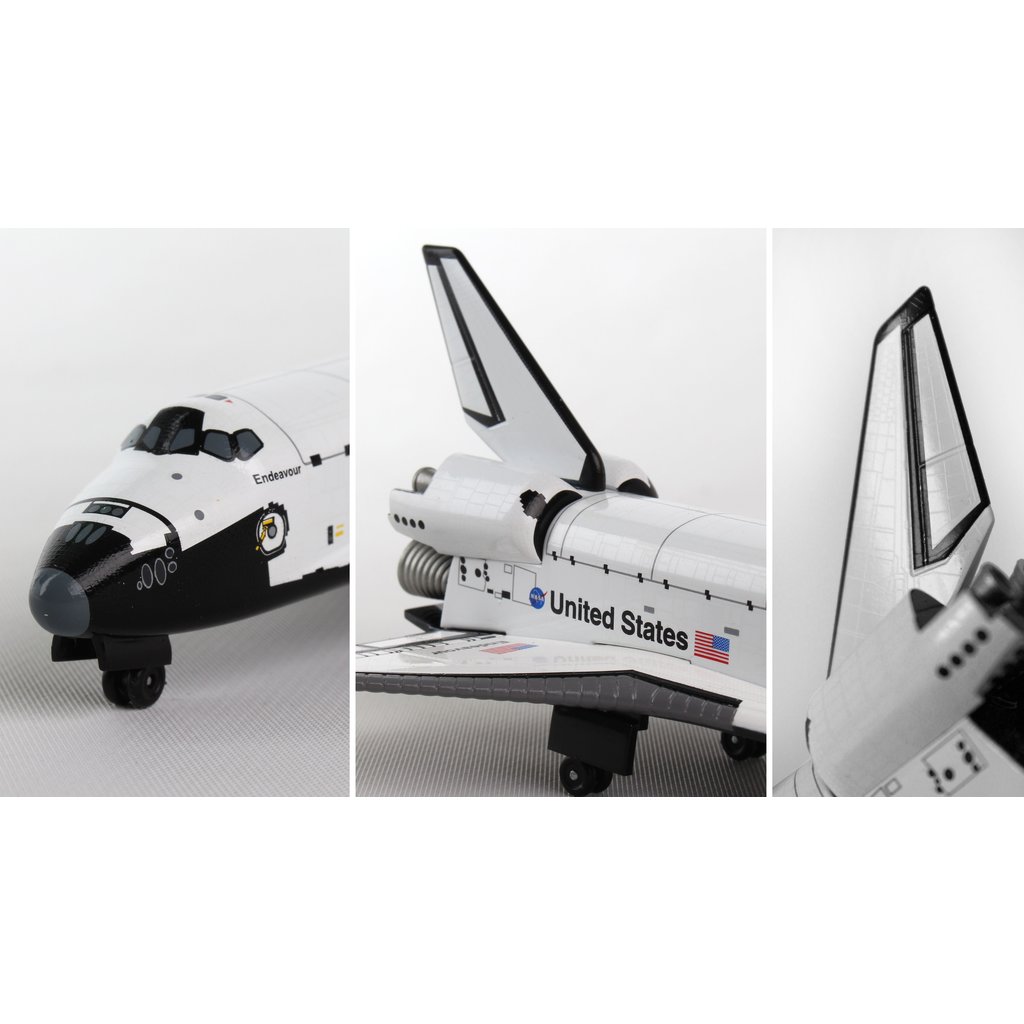 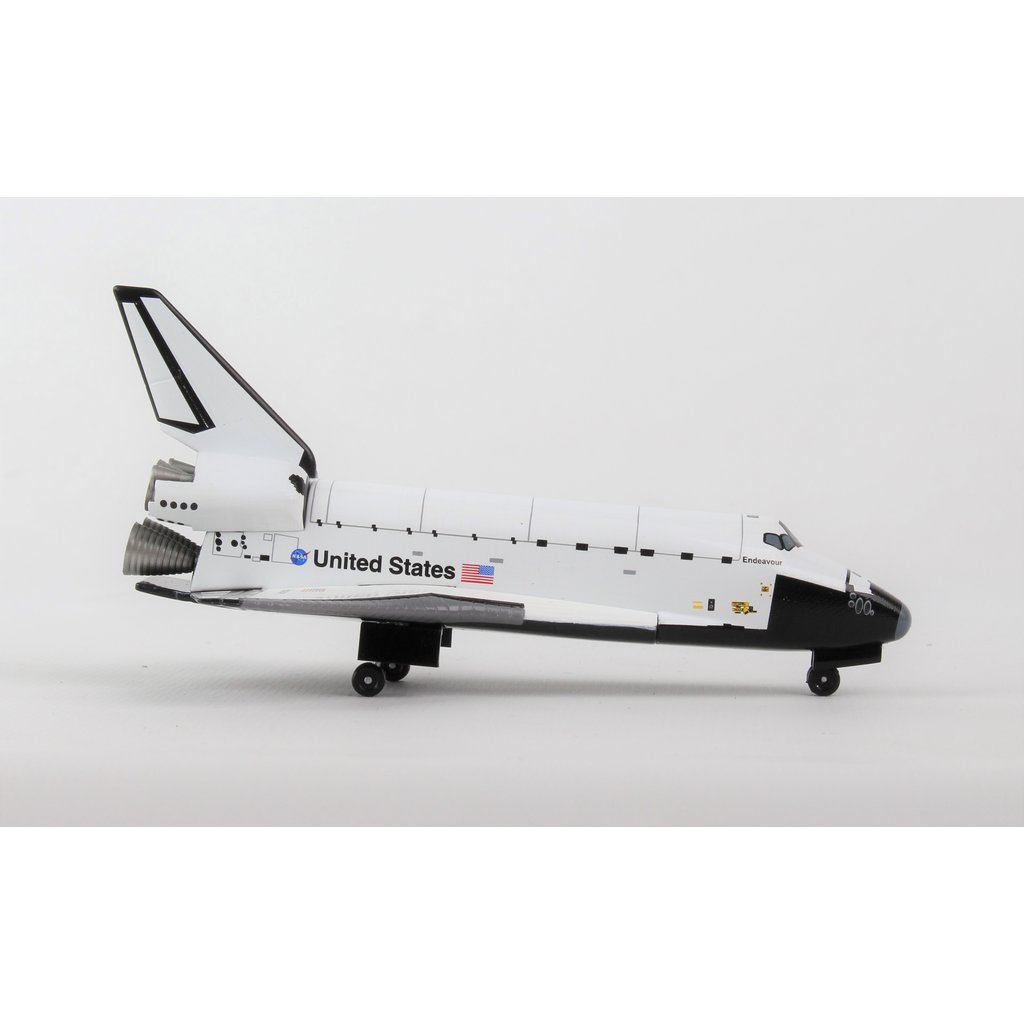 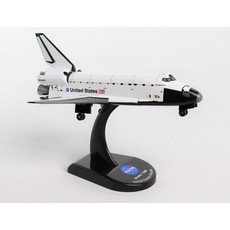 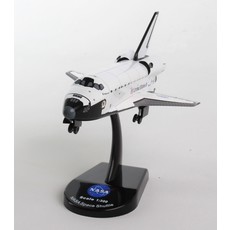 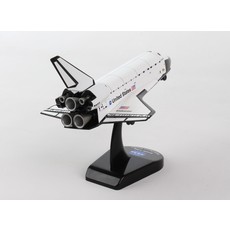 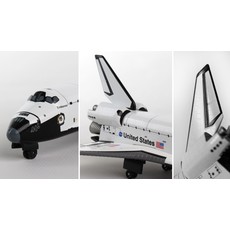 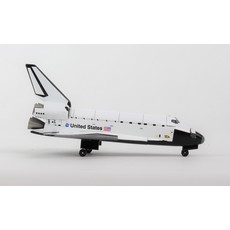 The Space Shuttle Orbital Vehicle was developed and operated by NASA as part of the Space Transportation System Program. It is the first orbital human spacecraft designed for reusability. The Space Shuttle Endeavour (OV-105) is named after the first ship commanded by 18th century British explorer James Cook. Orbiter Endeavour first arrived at Kennedy Space Center’s Landing Facility in 1991. The first mission was the STS-49, Intelsat VI repair mission on May 7, 1992. The last mission was STS-134 (May 16 – June 1, 2011) and was the Endeavor’s 25th mission. The Endeavour is now retired and on display at the California Science Center. This Die-cast metal spacecraft model comes in 1:300 scale with plastic stand and is approximately 4 3/4 inches long with 3 1/8 inch wingspan. 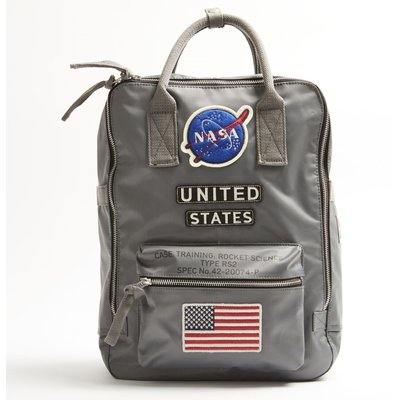 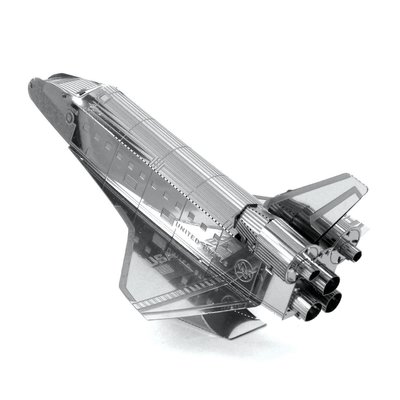