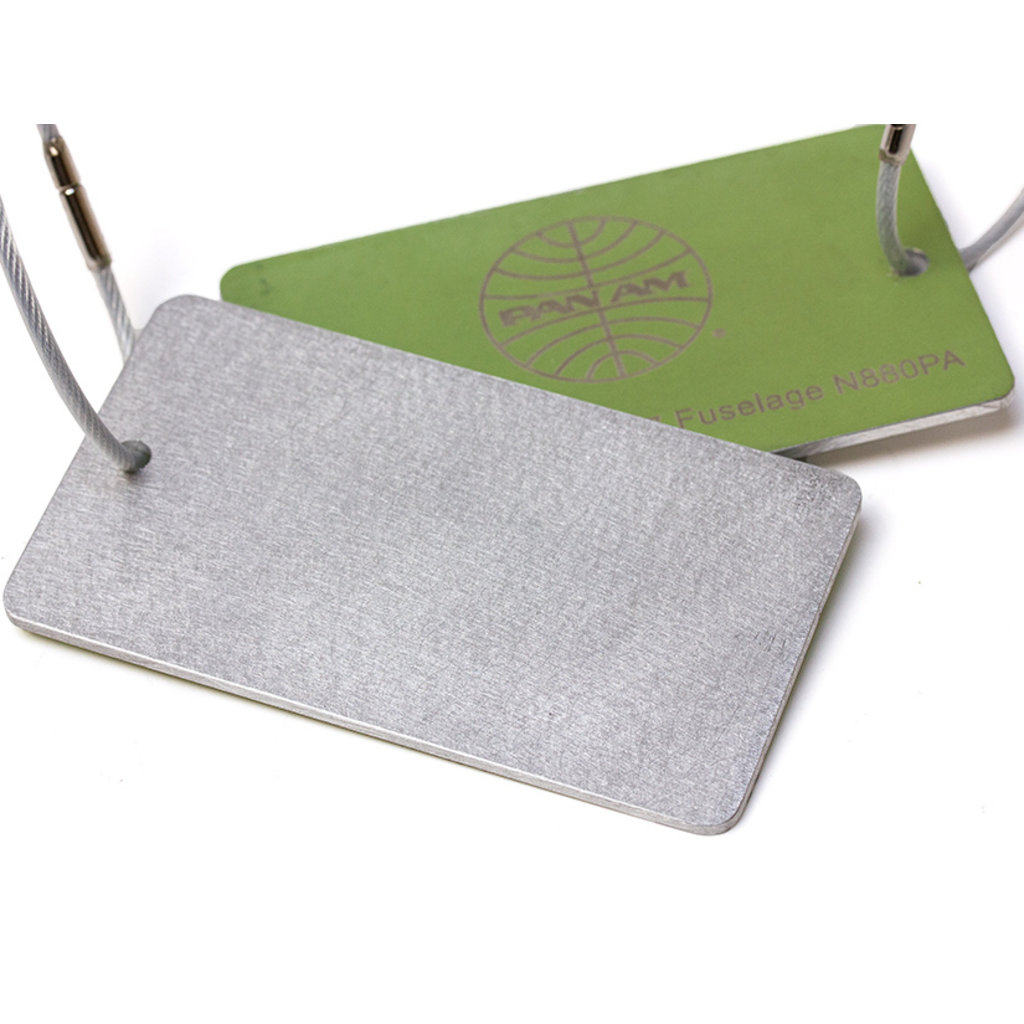 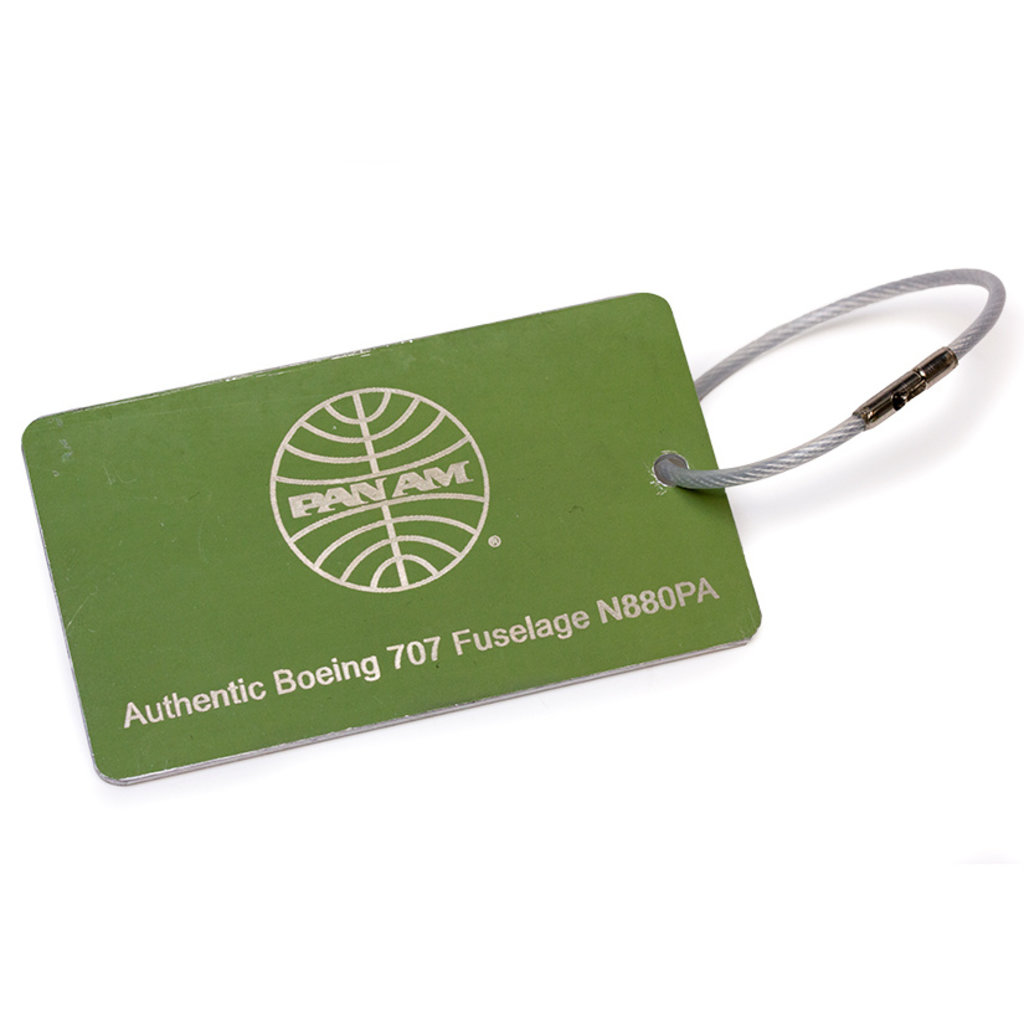 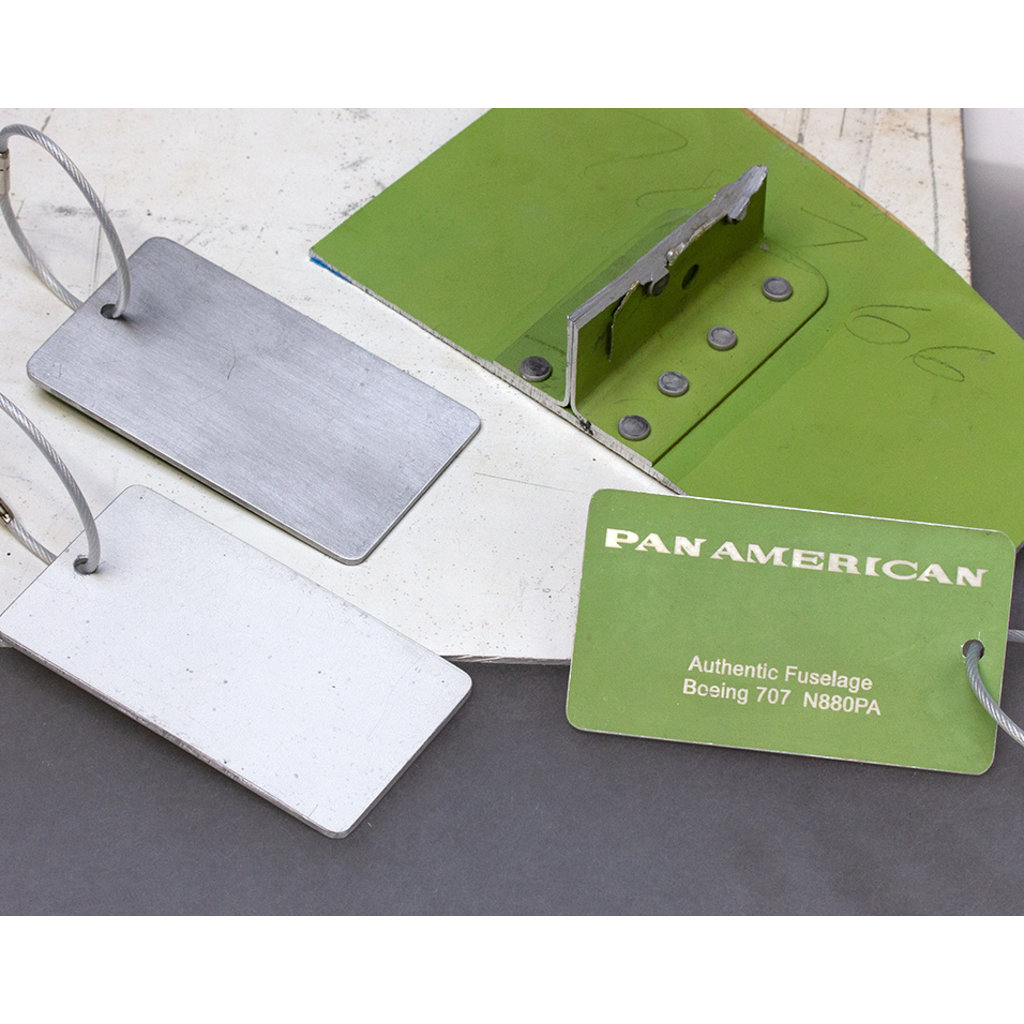 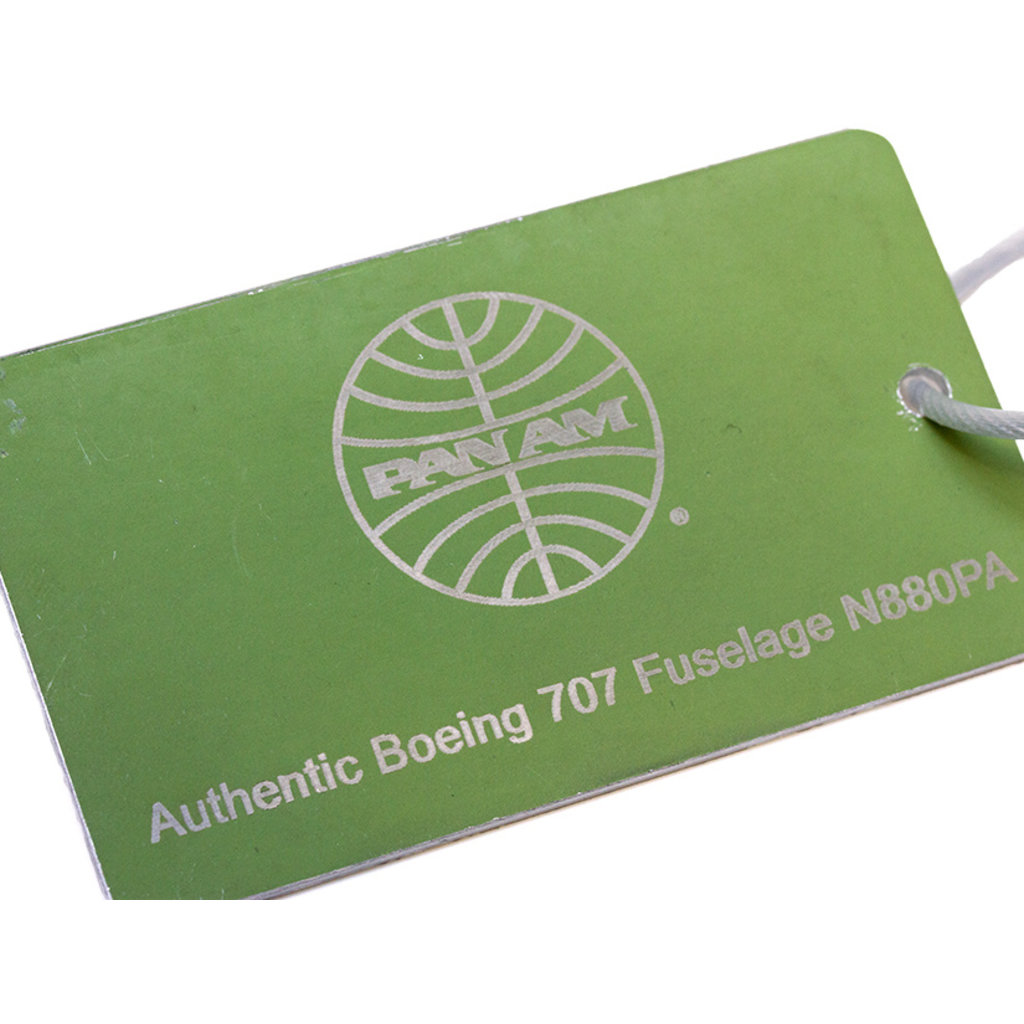 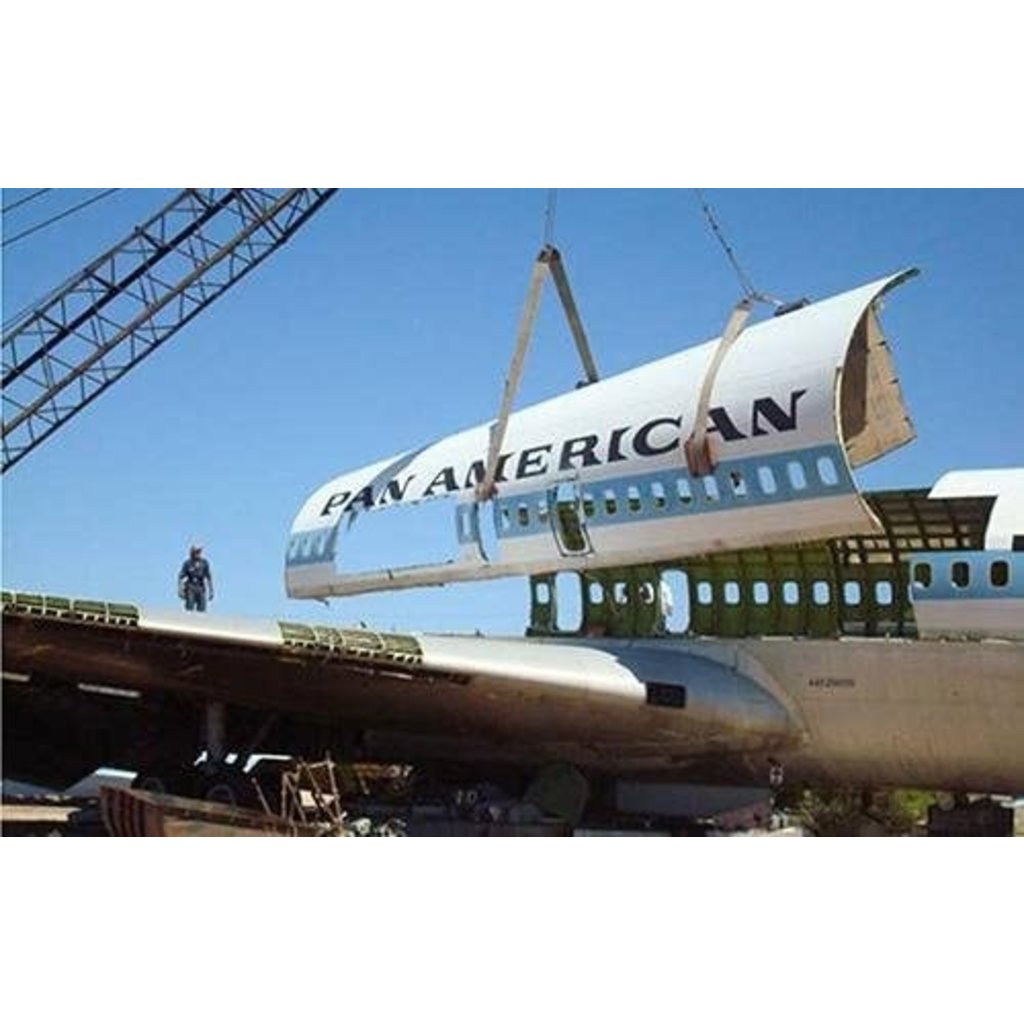 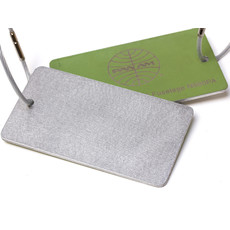 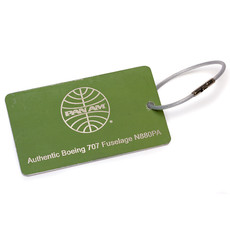 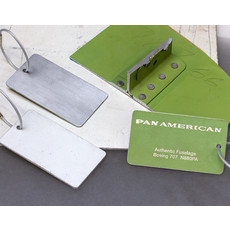 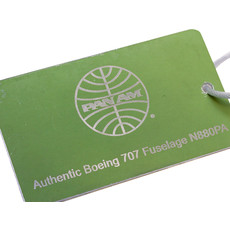 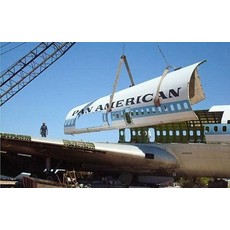 $75.00
Satin metal brushed finish with PAN AM GLOBE logo on back.
In stock

This luggage tag is crafted from authentic fuselage of Pan American Boeing 707, N880PA.

Officially licensed by Pan American, each Luggage Tag comes
gift-boxed with a Certificate of Authenticity.

There is no airline more influential, more important, or better known than Pan Am Airways. From 1927 to 1991, this aviation pioneer set the stage for commercial air travel, transporting hundreds of thousands of passengers across oceans and around the world. Its Boeing 707 service on the North Atlantic was the first pure-jet service by a U.S. airline and was at the forefront of the jet age. With a longer fuselage, bigger wings, higher-powered engines and increased fuel capacity, it could travel farther and more smoothly than ever before. The inaugural flight took place on October 26, 1958, on Clipper America, from New York to Paris and covered 3,634 miles in 8 hours and 41 minutes. Pam Am’s staying power and the Boeing 707 went on to revolutionize intercontinental travel. Twenty-five years later, Pan Am decided to have a celebration worthy of its historic achievement, duplicating as closely as possible the original inaugural flight. A Boeing 707 was stripped to bare metal and repainted to duplicate the color scheme used on the original 707 in 1958. To make the recreation authentic, popular magazines and newspapers from 1958 were placed in the seat pockets, 1958 movies were shown on board, and the dinner menu was adopted from the 1958 Maxim’s of Paris version used on the inaugural flight. The aluminum fuselage used in this item is authentic Boeing 707 used by Pan Am in 1983 to celebrate 25 years of 707 jet service 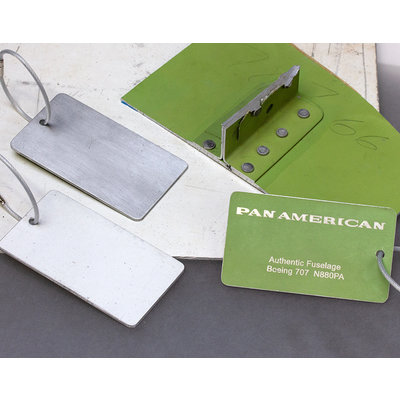 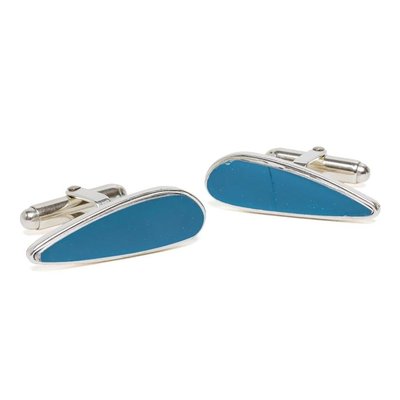 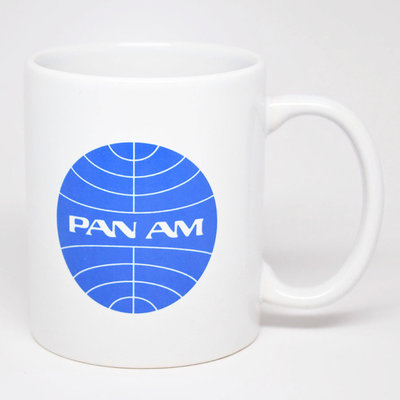 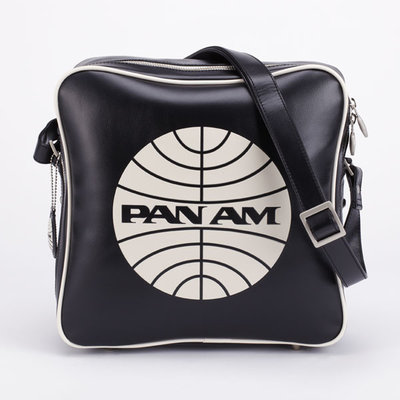 Pan Am Innovator Bag Black
$98.00
Sign up for our newsletter