Soaring to the skies in 1926, Eastern Airlines became one of the “Big Four '' domestic airlines, maintaining a near monopoly in flights between New York and Florida from 1930 to 1950. The Big Four airlines were created by the Spoils Conferences of 1930 and became the dominant airlines in United States air travel. Customer satisfaction was optimal and Eastern proudly stood by its “We want everyone to fly” slogan. They were the official airline of the Tampa Bay Buccaneers, proudly representing Florida in the skies. Deregulation during the 1980s took a toll financially on Eastern Airlines and the airline was forced to retire in 1991 after labor disputes. Although Eastern Airlines is no longer in the skies, its legendary contributions live on in the world of flying today. 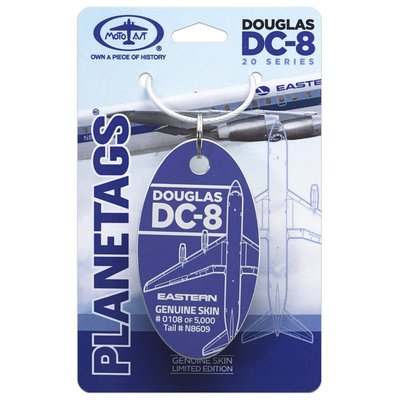 Eastern Airlines Logo Mens T-shirt
$32.00
Sign up for our newsletter