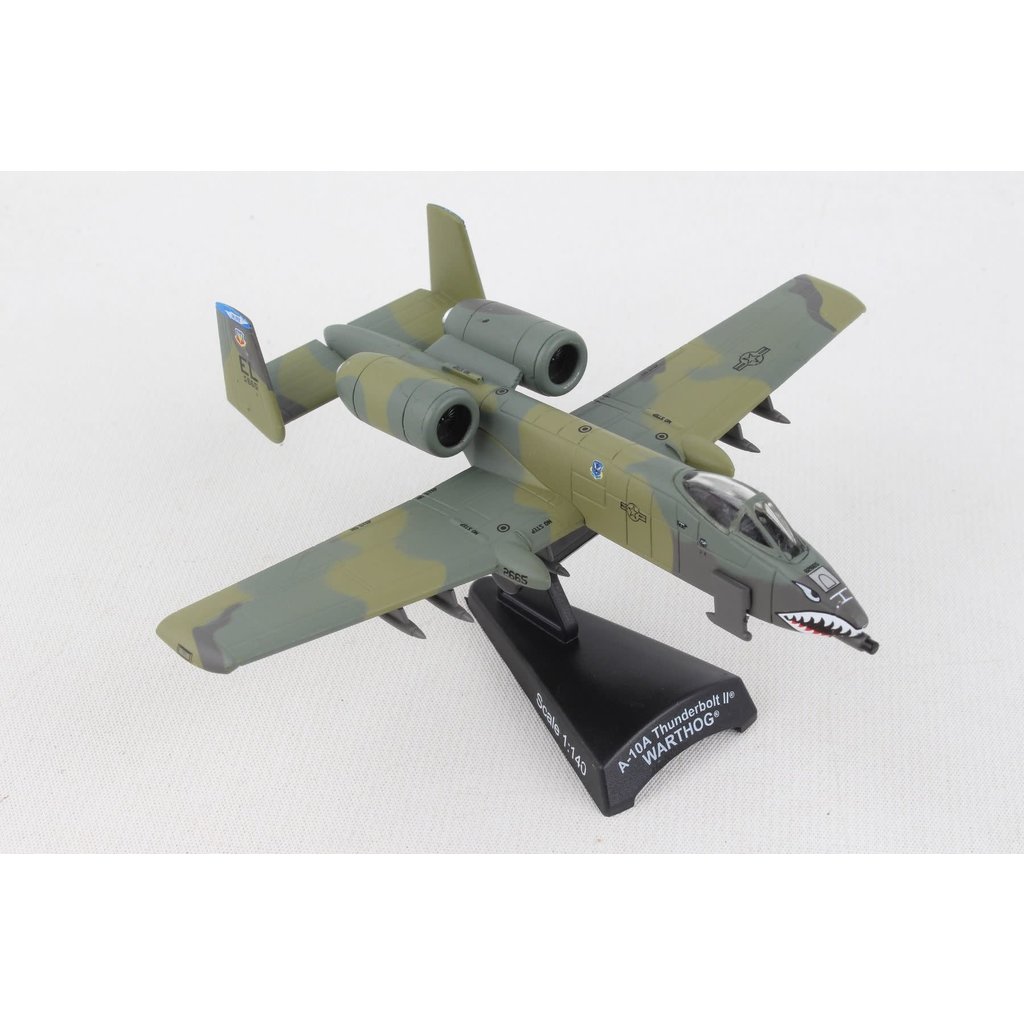 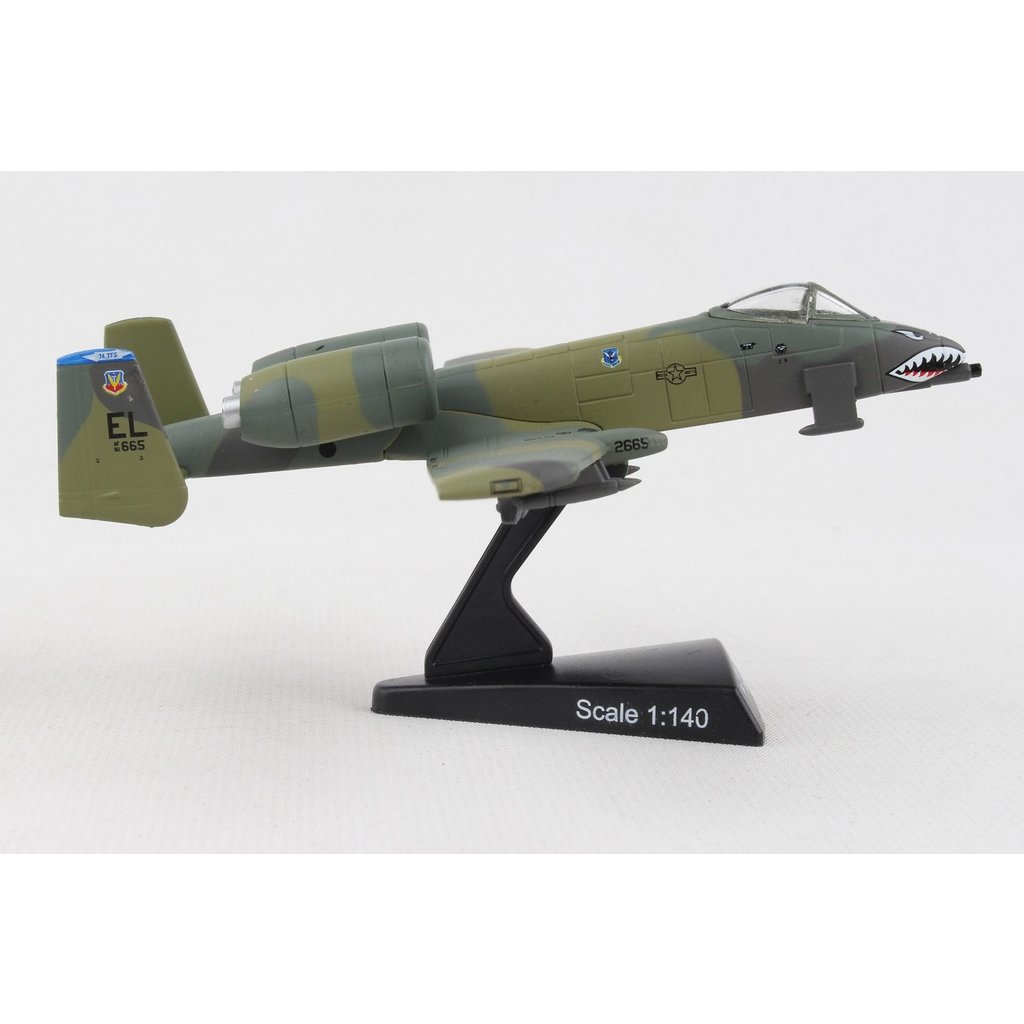 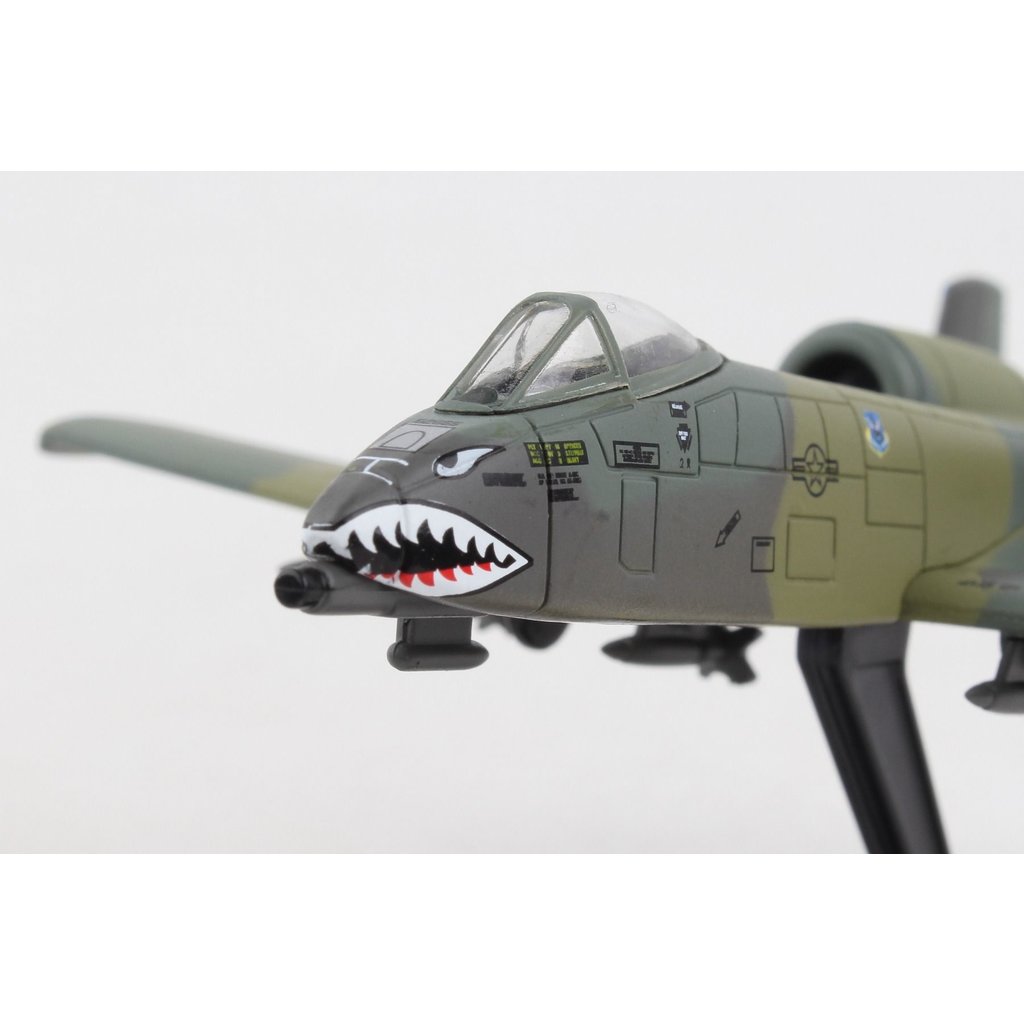 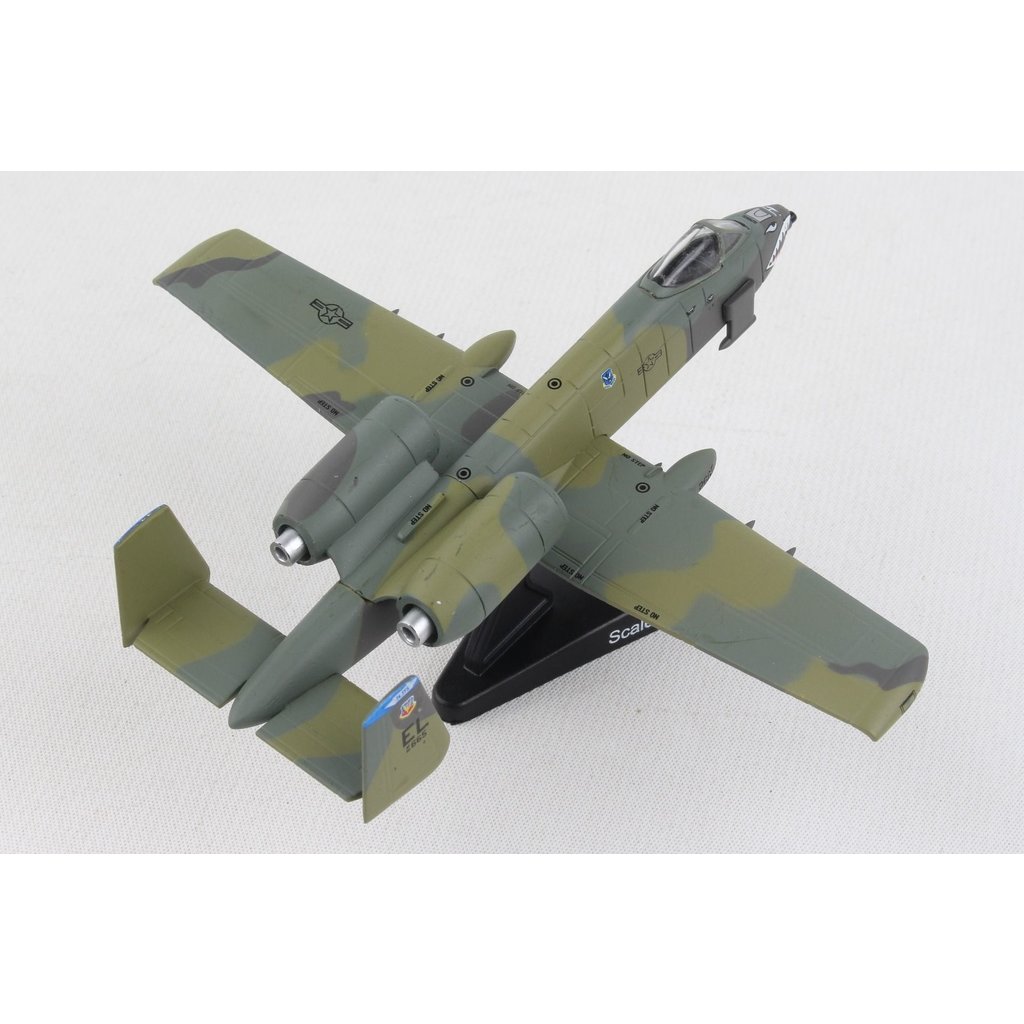 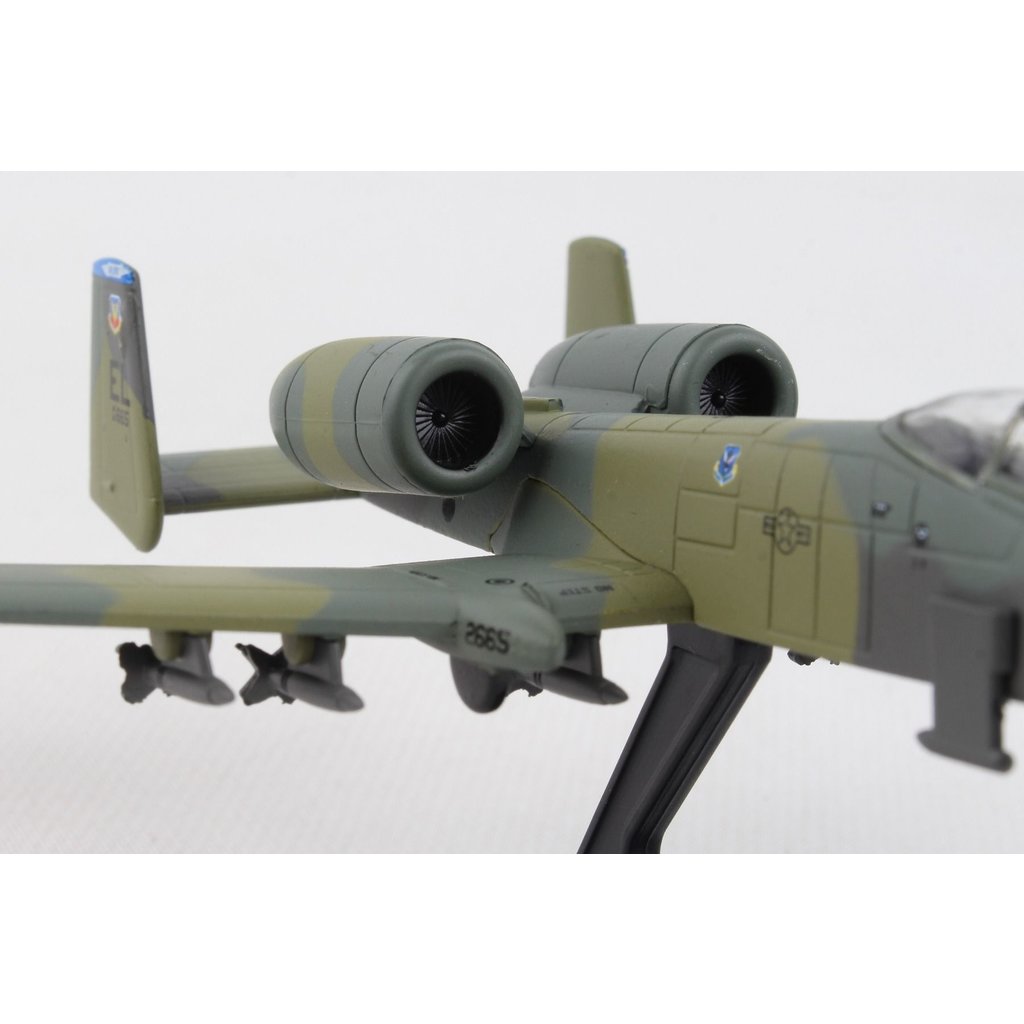 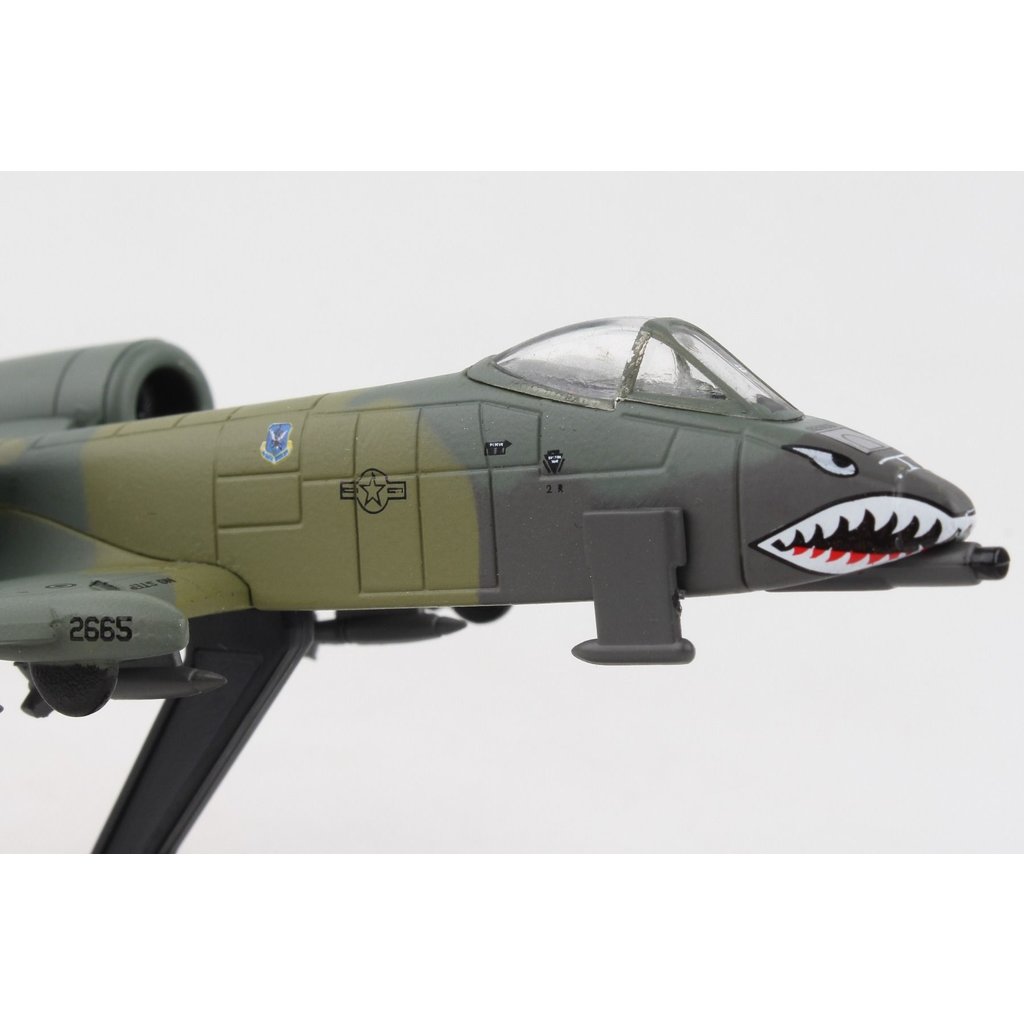 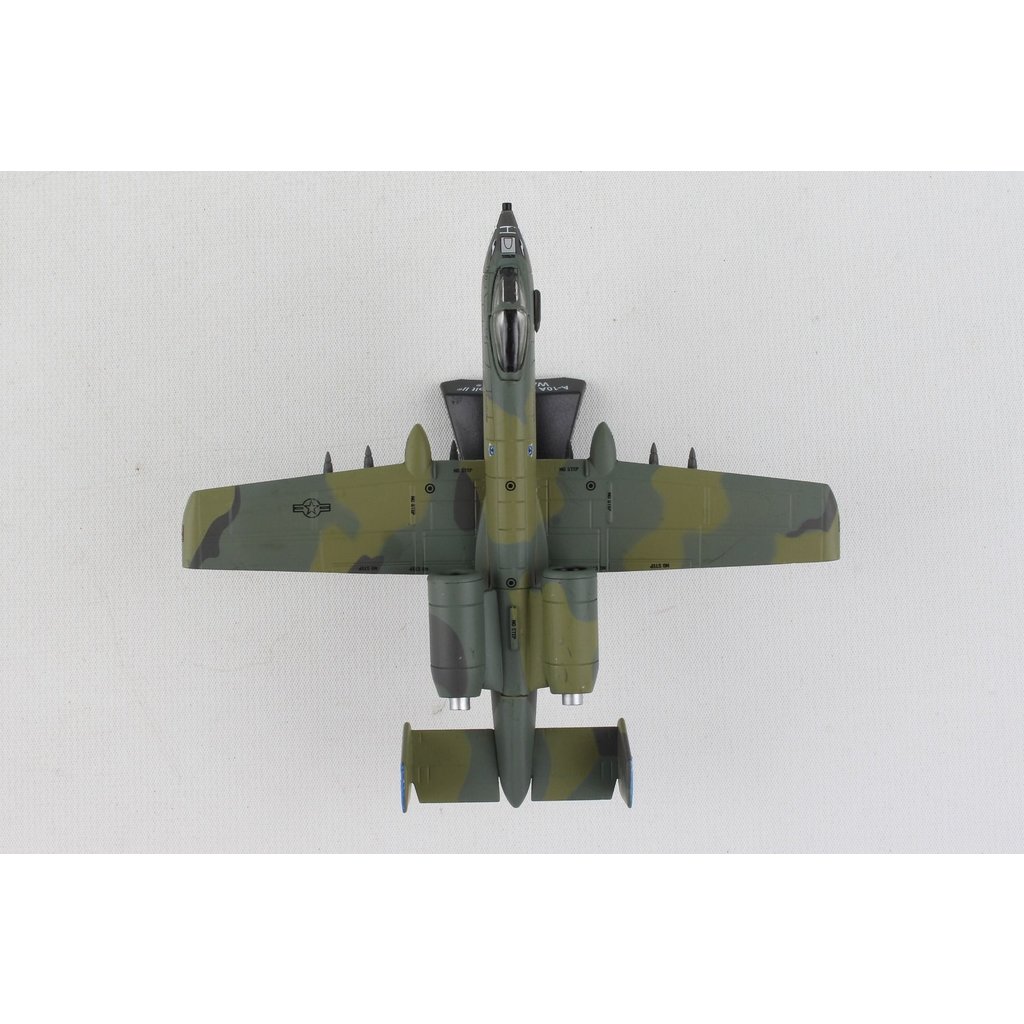 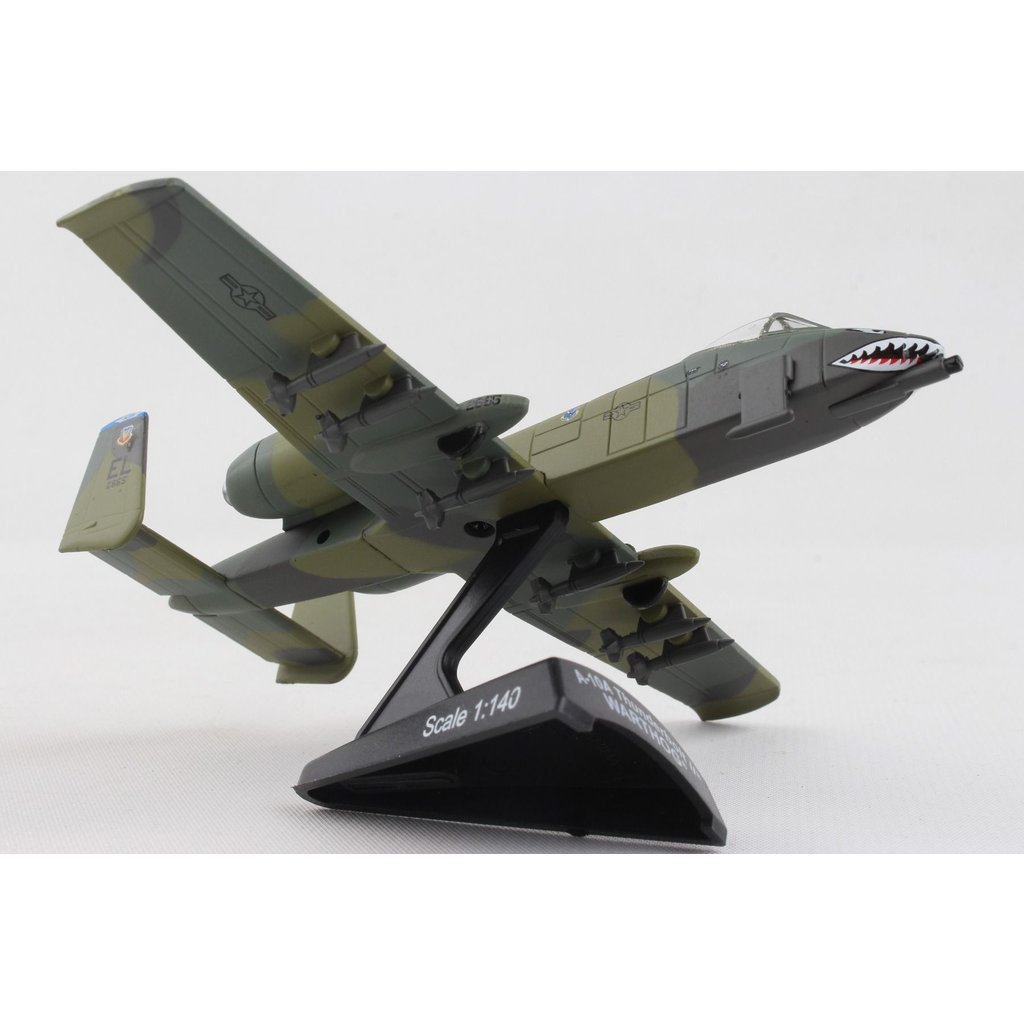 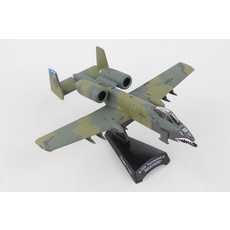 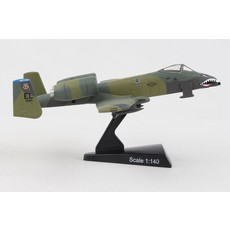 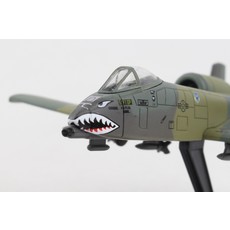 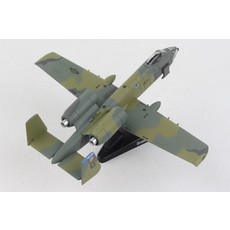 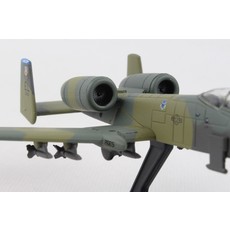 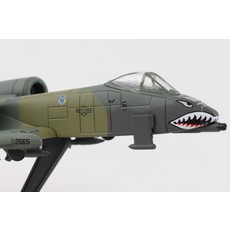 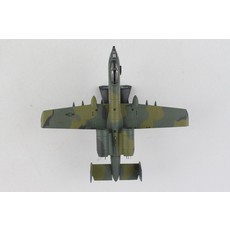 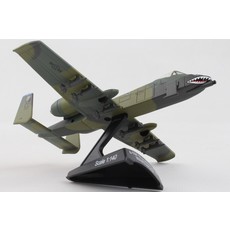 This Die-cast metal airplane model comes in 1:140 scale with plastic stand and is approximately 4 5/8 inches long with 5 inch wingspan. The A-10 Thunderbolt II, more commonly known by the nicknames “Warthog” or “Hog”, is the
premier close air support aircraft of the US Air Force. The aircraft has superior loiter
capabilities and maintains excellent maneuverability at low speeds and altitude because of
its large wing area. The high wing ratio also allows short takeoffs and landings, and its simple
design allows operations from forward airfields with limited facilities.
The aircraft is best known for the massive 30mm GAU-8 Avenger rotary cannon fitted in its
nose, one of the most powerful aircraft cannons ever flown. To highlight this feature, the
aircraft’s nose is painted with the shark mouth nose art reminiscent of the famous
P-40 Warhawk “Flying Tigers” (AVG). This model represents aircraft from 23rd FW, 74th FS
- “Flying Tigers” - 1990. “Cool Cat” - “The Last Tiger”. 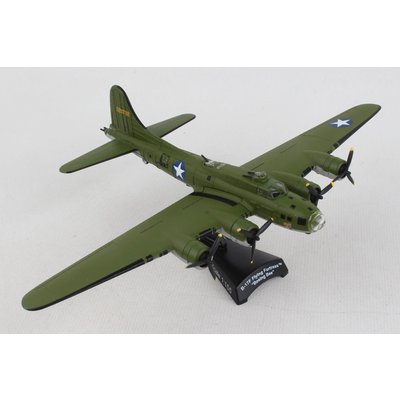 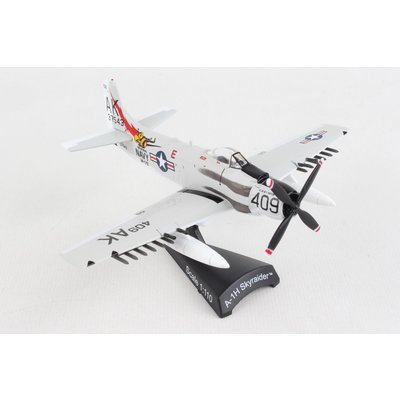 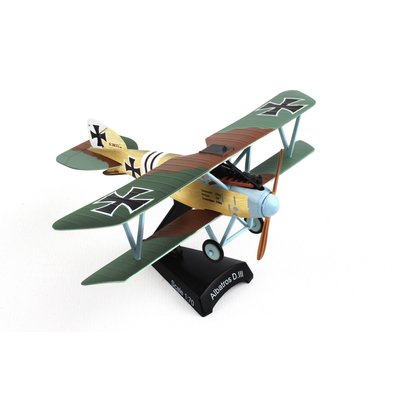