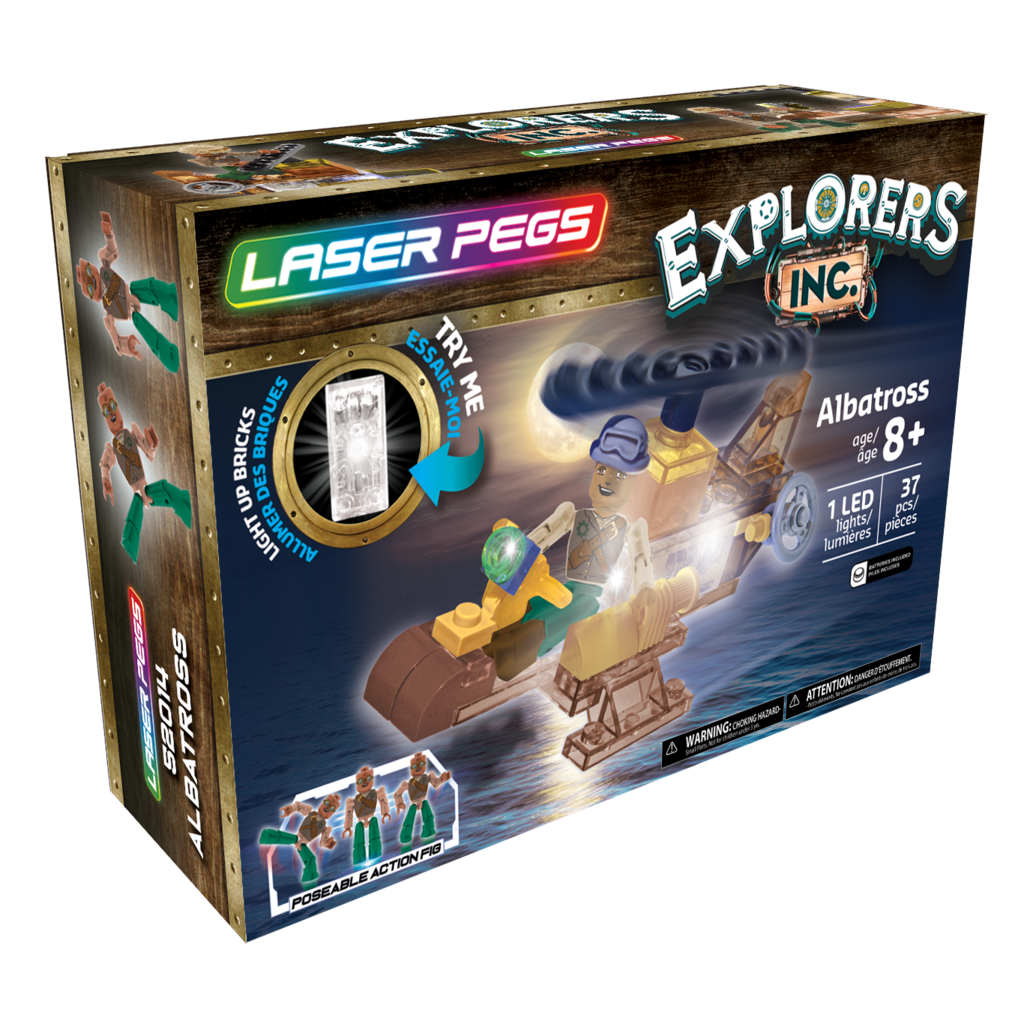 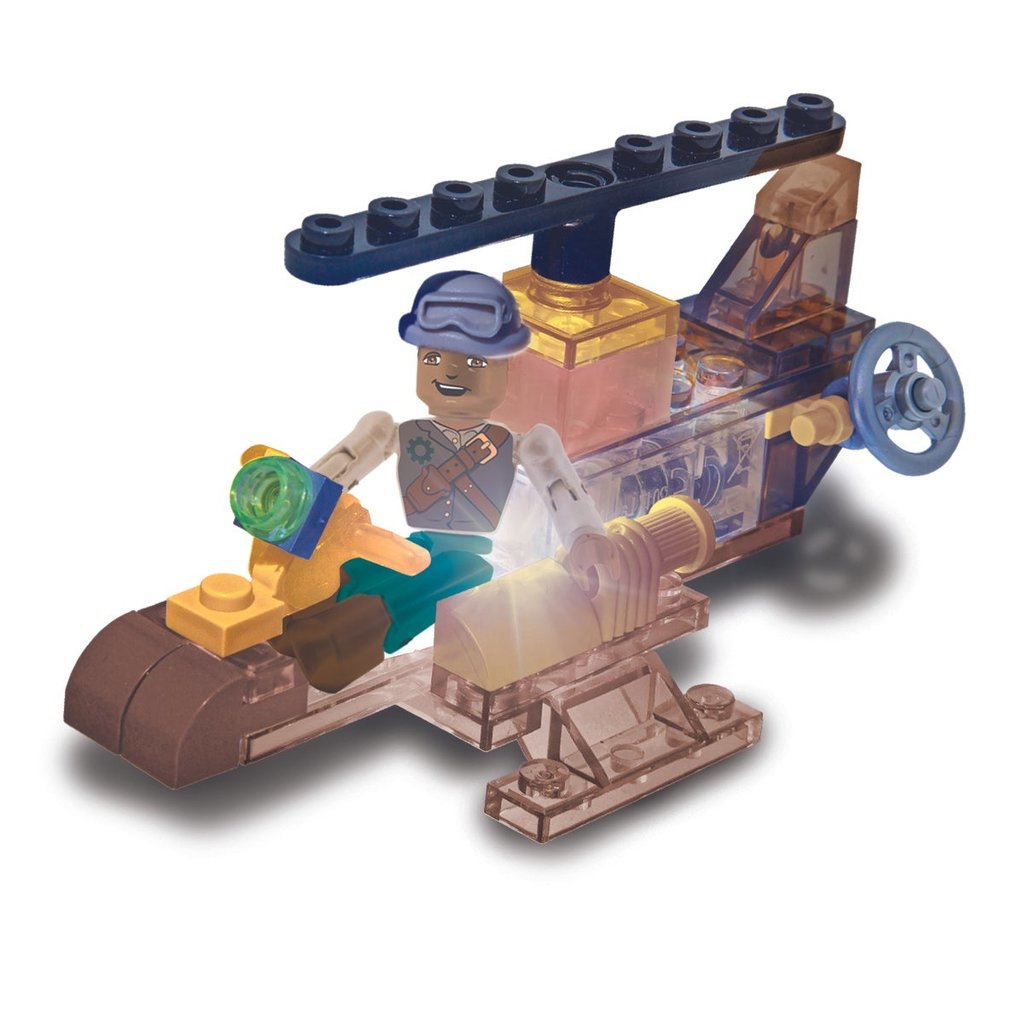 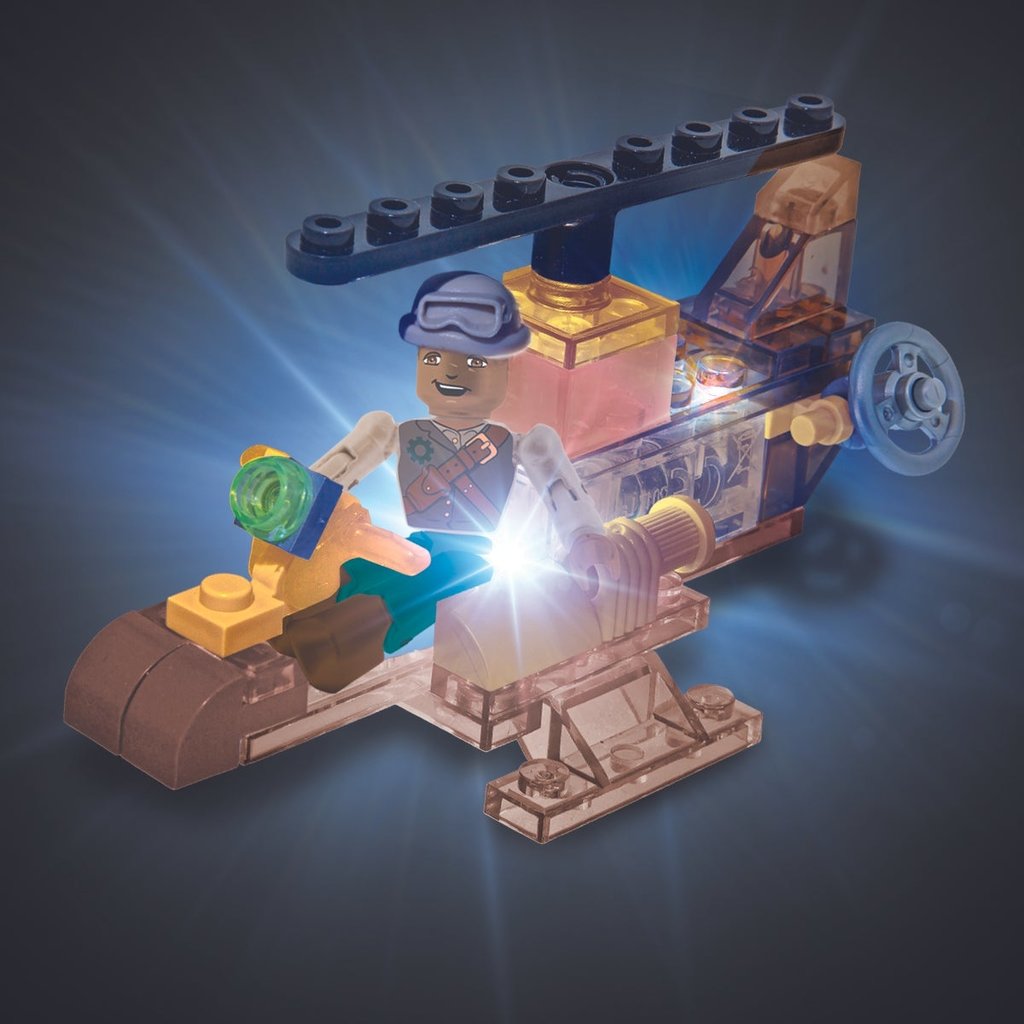 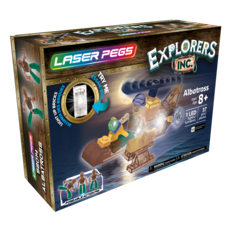 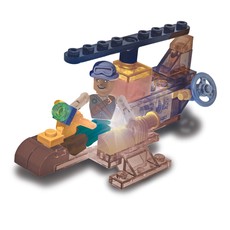 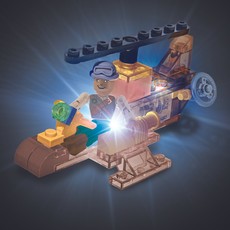 $10.99
To discover what lies below, you'll need eyes from the sky!
In stock

Good thing you have your trusty copter, The Albatross to search out and light up the sky. Spot deserted islands, scout out distant ships, and discover new creatures beyond your wildest imagination. Take flight and help your team of adventurers find safe passage to the secrets of the sea.

The Explorers, Inc. story centers around a brilliant young inventor and a team of young adventurers, who’ve been sent beneath the sea on a mission of discovery. Backed by a wealthy and famous explorer, Thaddeus Smith, the team is looking to unlock the secrets of a mysterious artifact and its connection to wonderous creatures of the depths. It’s a race against time, as Thaddeus’ equally wealthy and jealous brother has sent his own team on the very same quest. Who will recover the artifact and build The Gateway first?

Awesome Light-Up Play
These aren’t just ordinary bricks. Every Laser Pegs set comes with our patented light-up technology that takes your buildable models to that next level. These limited-edition, high-quality, light-up buildable toys make an awesome extra gift or ‘just because’ treat that can add a little more action to other sets.

Meet the Laser Peg Action Figure
Each Explorers, Inc. set comes with our brand new, just created action figure. But there is nothing mini about this guy. With 10x more pivot points than other competing brands, he’s built to sit, stand, and even power stance (And all points in between). This figure connects seamlessly with the Laser Peg system and is compatible with accessories like hats/helmets, hair, and hand-held items from other brands. But unlike other small figures, this figure comes built with dance moves and butt-kicking capabilities. 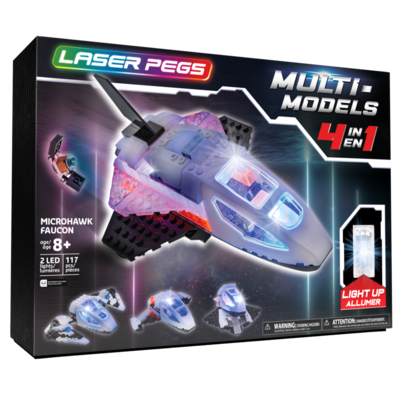 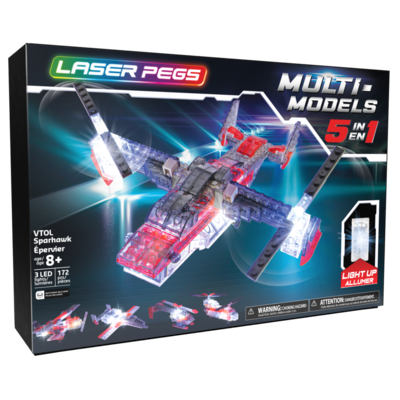 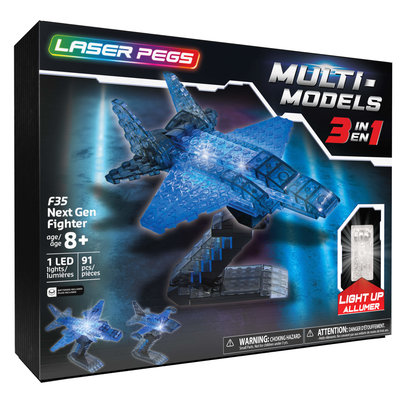